In a historic win for taxpayers and animals following WCW investigations, Virginia has enacted the country’s first law that would prevent tax dollars from being spent on “maximum pain” experiments on dogs and cats at the Richmond VA Medical Center and all other facilities across the state.

The legislation (SB 28) was introduced by Republican Senators Bill Stanley and Glen Sturtevant following WCW exposés of how painful and wasteful dog experiments at the Veterans Affairs Medical Center in Richmond were receiving state and federal tax dollars. During debate on the bill, Senator Stanley told his colleagues:

“This is just throwing down a marker, basically, that says we aren’t going to use taxpayer money for what I would consider a deeply unethical and immoral practice.”

WCW worked closely with the Senators, testified in favor of the legislation, and rallied our nearly 10,000 members in Virginia to urge lawmakers to support the bill. The bipartisan legislation unanimously passed the Virginia House and Senate, and was endorsed by the influential Richmond Times-Dispatch. 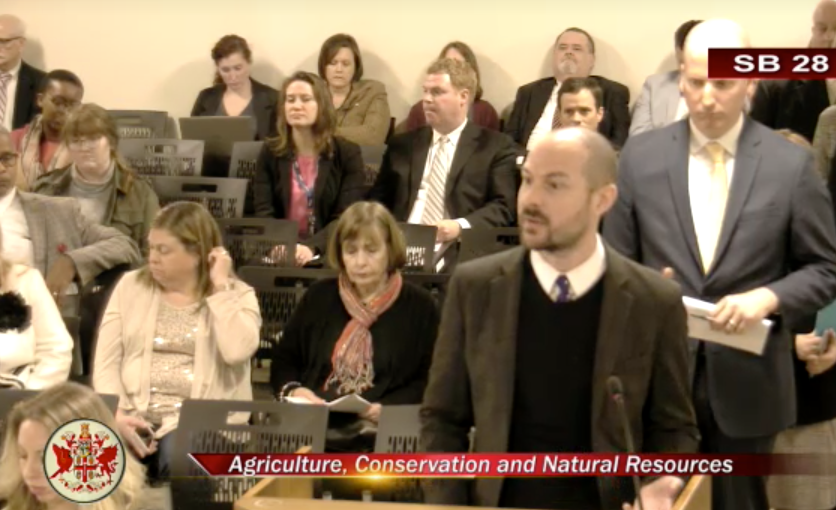 Help us build on this momentum and cut federal funding for this abuse nationwide! Urge Congress to support the bipartisan PUPPERS Act to stop the VA from using your tax dollars to fund “maximum pain” dog experiments.

[…] Republicans and Democrats in the U.S. Congress to successfully end “maximum pain” dog experiments at the Department of Veterans Affairs and end nicotine experiments that led to deaths of squirrel […]

Stop Abuse And Torture Off Any Animals NOW!!! It’s 2019! You don’t know by now what’s bad for human? Stop the testing and Torture Of Innocent Animals NOW. SHAME ON YOU!

It looks like Congress would vote to be reasonable. This should have never happened in the first place. Congress inherited this. It is up to Congress or the prosecutors to make it right. There are already laws. I don’t see how this can exist today. There are already laws on the books. Why is this happening? No one wants to enforce the laws.