We’ve enlisted bipartisan support in the House and Senate. Now, a former speechwriter for the Secretaries of Treasury and Labor under President George W. Bush is urging President-elect Donald Trump to support the White Coat Waste Project’s work to end wasteful government experimentation on dogs and other animals. 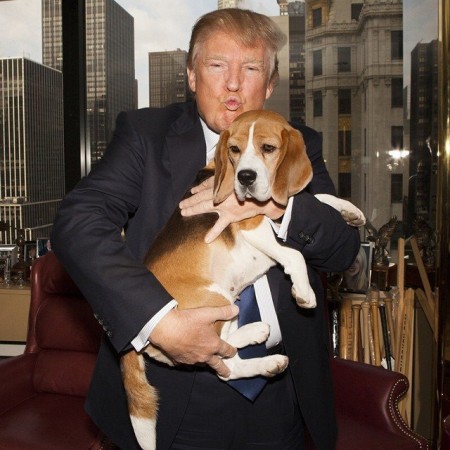 Trump will also have an opportunity to support what appears to be a very nice, bipartisan movement that protects animals and reduces government waste – another Trump priority. An interesting group called “White Coat Waste” is currently calling on Congress to look into the questionable necessity and expense of government research using beagles, primates and other real, live cutie pies. (Who knew, right?) Their campaign has already inspired members of Congress to hold hands across the aisle and demand answers from the Government Accountability Office about what, exactly, is being done to animals, and why, at taxpayer expense (an expense most people don’t support).

Help us ensure that decision makers get the message. If you haven’t yet, please contact your Members of Congress and urge them to end wasteful experiments on dogs and other animals in government laboratories.

With the technology available in 2016, we know that animals are no longer necessary as lab subjects just to uphold grant requests to pad the pockets of “researchers”. It’s time to stop this awful cruelty.

We have no right to test on animals that don’t talk back!!!!

Please end all animal use in research and wasteful government spending

Stop wastefully spending on animal testing..you wouldn’t want it done on your pet..

It is time to step up for these hidden victims that are tortured and experimented upon using our tax dollars.

Animal abuse and cruelty should not be legal in laboratories and experimental procedures. This is animal cruelty, but legalized and accepted by our government, with our tax dollars.

As others have already pointed out, technology available today makes experimentation on animals unnecessary. This entrenched system is part of the “swamp” that needs to be “drained,” President Trump! Please make it a priority!

PLEASE President Elect Trump be on our side!

There are much better synthetic ways to test products now than using live animals. Its time we catch up with our own technology

Animal ABUSE is totally unnessary. I cry each time I see such abominations that people can and will do to these precious animals that Our God crested. And that was not for ABUSE.

Please be the voice for these defenseless animals. There are plenty of rescues and sanctuaries that would be more than happy to take each and every one of these animals. Plus save on wasteful spending. Thank you Trump!

I am sick of animals being subjected to basic torture in the name of science.

Please be the voice for the speechless victims of laboratory experimentation.
We must STOP wasting taxpayer money for unnecessary animal “testing”.

A strong person a strong country respects all life. To ignore these acts of abuse to life speaks miles of the character and class (or lack of) of a country and it’s people let’s be a country of strength and morals. No harm, no abuse. Thank you!

Animal experiments are so wasteful, in terms of money, lives=both animal & human and time of course. Animal experiments delayed by YEARS treatment for diabetes, arthritis, heart valve replacements, etc. We aren’t going to get different results from doing the same dumb thing. Please rely on clinical (human) studies, epidemiological studies, forensic studies, and most especially state of the art human simulators which bring about real cures and real understanding of disease.

Please stop the cruelty of animals in the name of “research”! They feel, breathe, and have emotions!