We have major news!

The government’s watchdog office is about to begin its first-ever audit of billions in spending on and transparency about federal experiments on dogs and millions of other animals–and it’s because of White Coat Waste Project and our dedicated supporters. 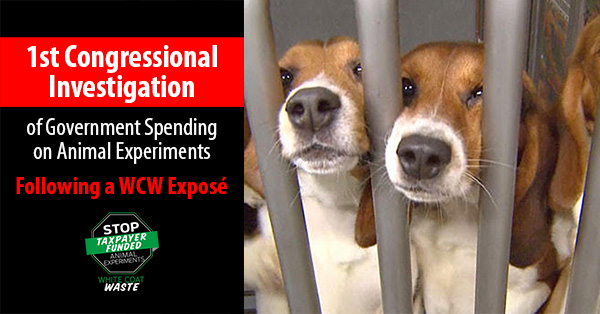 As outlined in the original post below, our December 2016 “Spending to Death” report exposed how more than 1,000 beagles, hounds, mutts–even puppies–are tormented in painful, secretive and expensive experiments each year by the Department of Veterans Affairs and other government agencies. The report prompted more than 90,000 of our supporters to contact Congress, which led a bipartisan coalition of Congress members the House (read below) and Senate to ask the Government Accountability Office (GAO) to investigate.

The GAO only pursues a small fraction of the requests it receives from Congress, but we are thrilled to announce that they have agreed to conduct this audit that will help shed light on the amount of waste, abuse and secrecy occurring in government animal laboratories. We broke the news on an exclusive town hall call last week with Rep. Dina Titus (D-NV).  As POLITICO first reported,

GAO WILL REVIEW ANIMAL RESEARCH TRANSPARENCY: The Government Accountability Office has agreed to a bipartisan request to review how the federal government conducts animal research, Rep. Dina Titus (D-Nev.) told callers to a telephone town hall late Thursday. The event was organized by the White Coat Waste Project, a nonprofit that advocates against taxpayer funding of animal research. “Their review is going to take some time,” Titus said. “I’m proud it is now underway; they’ve accepted it, and this issue is finally getting the attention it deserves.”

Titus and Rep. Ken Calvert (R-Calif.) joined 11 other lawmakers in a December letter to the GAO to request the study. The topic has received renewed focus after USDA scrubbed its website of animal-welfare documents and related data earlier this month, generating public outcry for the agency to restore the information. Some of the material has since been returned to the site.

If you haven’t already, urge your Members of Congress to take action to end wasteful and cruel government experiments on dogs.

Just weeks after White Coat Waste Project released its “Spending to Death” report exposing the federal government’s nightmarish experimentation on dogs–and our supporters sent more than 57,000 emails to their Senators and Representatives–bipartisan members of U.S. Congress are taking action to end secrecy and waste in government animal laboratories. 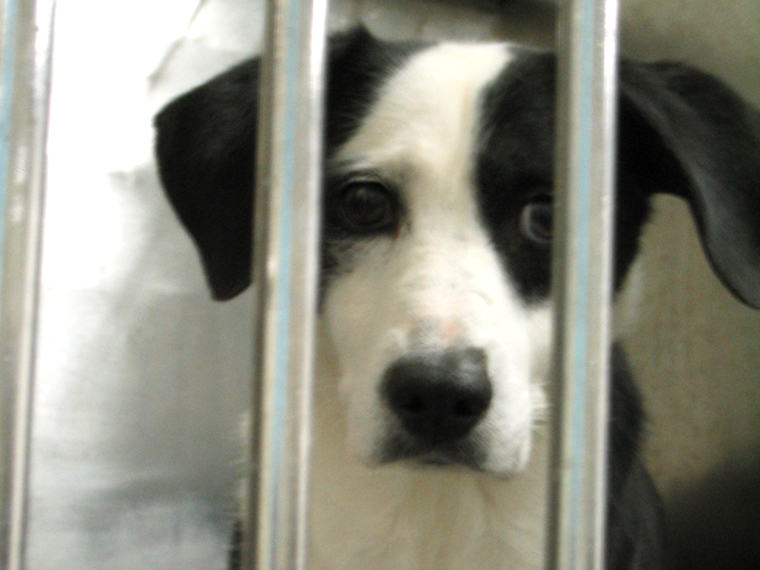 In their request, the Members cite their own research, WCW’s “Spending to Death” report, and other controversies, writing,

The bipartisan letter asks GAO to conduct a study to determine how much money federal agencies spend on conducting animal experiments, how many animals they use, and what systems are in place to inform the public about “the purpose, status, outcomes and cost of all recent and ongoing animal research and testing projects.” They also request information on investments in superior alternatives to animal testing and how agencies report abuses in their animal laboratories.

“Unfortunately, we have discovered it is impossible to determine what federal animal research programs currently entail, what they cost and if they meet federal standards because of the limited and decentralized information available publicly. Federal agencies are not currently required to publicly report their total use of animals in research, do not publish noncompliance reports and generally do not maintain searchable databases of animal research projects with information about their purpose, methods, results, and cost.

In addition to concerns about public disclosure, recent Congressional Research Service inquiries by Members of Congress reveal that some agencies do not internally track their laboratory animal use, what animal research projects they are conducting, or what these projects cost.

Such transparency and accounting deficiencies prevent assessments by Congress and the public of the cost-efficiency and effectiveness of what we estimate to be a multi-billion-dollar government enterprise.”

Experts agree that experiments on dogs and other animals are wasteful. The National Institutes of Health reports that 95% of drugs that work in animal tests fail in humans because they don’t work or are actually dangerous, and that “animal models often fail to provide good ways to mimic disease or predict how drugs will work in humans, resulting in much wasted time and money while patients wait for therapies.”

Yet, federal agencies continue to spend untold billions each year on this futile and outdated research with little accountability to Congress or taxpayers–but that could soon change.

If you haven’t yet, please contact your Members of Congress and urge them to help end wasteful experiments on dogs and other animals in government laboratories.

Please stop the abuse of animals and waste of money!

WHAT is wrong with you people!?!

What’s wrong with these EVIL beings (they’re NOT people) is that they torture, abuse then MURDER INNOCENT ANIMALS…..as far as I know, NO ONE WANTS THEIR TAX DOLLARS SPENT TORTURING ANIMALS! HALT THESE MEANINGLESS EXPERIMENTS NOW! Didn’t your parents teach you it’s WRONG TO TORTURE ANIMALS? DUH?

Animals are not ours to use or abuse

Animals have heart and feelings. Humans need to treat them with respect and NOT like property. This is why people DO NOT have respect for one another!

The abuse in dog labs is terrible and tests are repeated over and over when they already know the horrible facts. Its all about money and the suffering and terrible pain these poor dogs and cats suffer is unimaginable If you were to observe any of the videos it would make you sick. There are other methods than to use animals

its simple. if you wouldnt go to the VET, WHY would you fund animal research?????? (and there charities?????)

tell the march of dimes. if you wouldnt take your BABY TO THE VET, WHY would you walk for animal research?????? (how gullible can they get?????).

its inhumane to do this..and not necessary..if experiments are needed do it on the scum in prisons!!!

We have to stop torturing and killing animals for no justifiable reason.

This is so hard to believe this goes on in this day and age.

Please help end wasteful experiments on dogs and other animals in government laboratories.

It is time to move beyond the abuse and atrocities committed in the name of “science” upon innocent animals! NON-ANIMAL testing should and MUST be the law when trying to figure out what works best upon HUMANS. Animal testing will not produce effective or ethical results for human ailments, diseases, or genetics. LEAVE THE ANIMALS ALONE AND FIND OTHER NON-ANIMAL METHODS OF DOING YOUR TESTING AND RESEARCH!

I can not believe that these cruel experiments continue. It is so sad.

Finally, thank God, there may be some help for these prisoners of torture. Please help them. The cruelty in beyond belief. Such inhumane torture to innocent animals for no real reason except for money for their programs and to keep them employed. Defund all funding for animal testing in “all” programs now.

I really don’t understand how anyone in this field can call themselves educated, a scientist, a medical person, or anything name or title that suggests knowledge. This is old school, it is a useless endeavor that produces nothing but pain and suffering. Now, I know this field provides every degenerate with a title an opportunity to make a living, but they should have to move on into a field of dignity and self-respect. Stop torturing animals for nothing! And, the transparency must be first. If anyone is going to jail and torture any living thing, there should be transparency. STOP THE STUPIDITY! LET THESE ANIMALS LIVE IN THEIR NATURAL STATE. Here is a website that may help educate tis horrid group of people. http://aavs.org/ EVOLVE!!

Please put a stop to this It is inhumane Animal testing will not produce effective or ethical results for human ailments, diseases, or genetics. LEAVE THE ANIMALS ALONE AND FIND OTHER NON-ANIMAL METHODS OF DOING YOUR TESTING AND RESEARCH!

PLEASE STOP. WE HAVE TO MUCH TECGNOLOGY

Thank you to reps. Calvert and Titus for requesting an audit of federal animal research projects. It is time to halt waste and abuse of animals!

In this time period of such advanced technology it is not necessary at all 2 use harmless animals 2 do experiments on them that serve any benefit for the needs of a human. It is barbaric, inhumane and outdated. I am appalled that the taxes of any of my hard earned money goes toward animal experiments of any kind.

Please stop this .I don’t want my tax dollars to go to testing on animals .This is cruel.

Please stop ALL experiments on animals……it’s cruel and inhumane.

This is ABUSE, pure and simple. It needs to be stopped NOW and if we have to MARCH in order to accomplish that, I will be happy to organize and lead.