Last week, White Coat Waste Project launched a national ad campaign targeting the Department of Veterans Affairs’ (VA) deadly, wasteful and secretive taxpayer-funded dog experiments with a billboard outside of the Cleveland VA. The ad campaign is supported in part by a generous in-kind grant from the PVBLIC Foundation.

Today, as reported in the Milwaukee Journal Sentinel, CBS 58 and Fox 6, the second billboard in the series went up in Milwaukee, Wisconsin near the Zablocki Veterans Affairs Medical Center (VAMC). Zablocki is one of only four VA facilities in the U.S. still experimenting on dogs. It’s also the biggest. 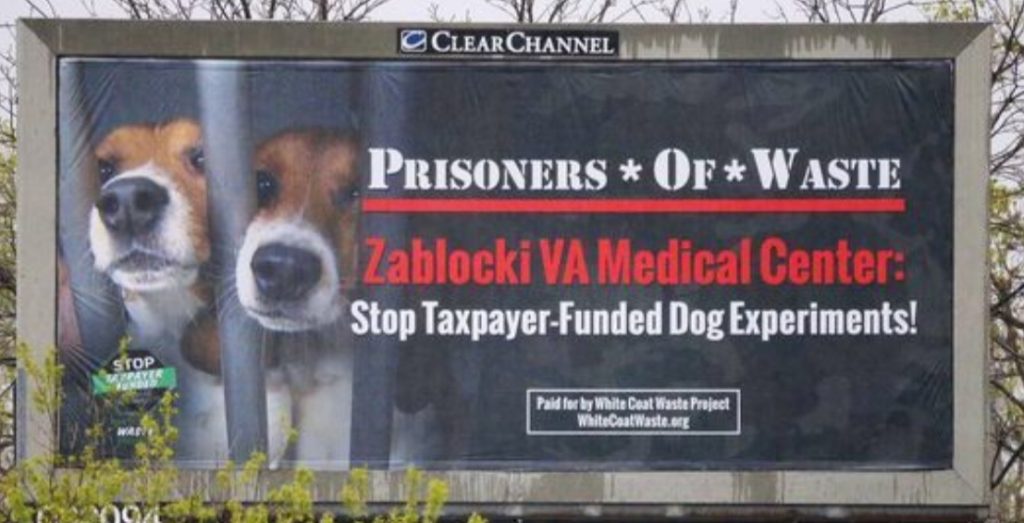 Documents obtained by WCW via the Freedom of Information Act (FOIA) show that in the current project at Zablocki VAMC, more than 150 beagle puppies will be sedated, restrained in stereotaxic devices, have their heads and necks dissected, their lungs intentionally collapsed, holes drilled into their skulls, their brains cut apart, and then killed. These are basic, curiosity-driven experiments without any application for veterans or other Americans.

Procurement documents obtained by WCW detail that on January 3, 2017, nine 6 to 8-month-old beagle puppies were delivered to Zablocki for these experiments. 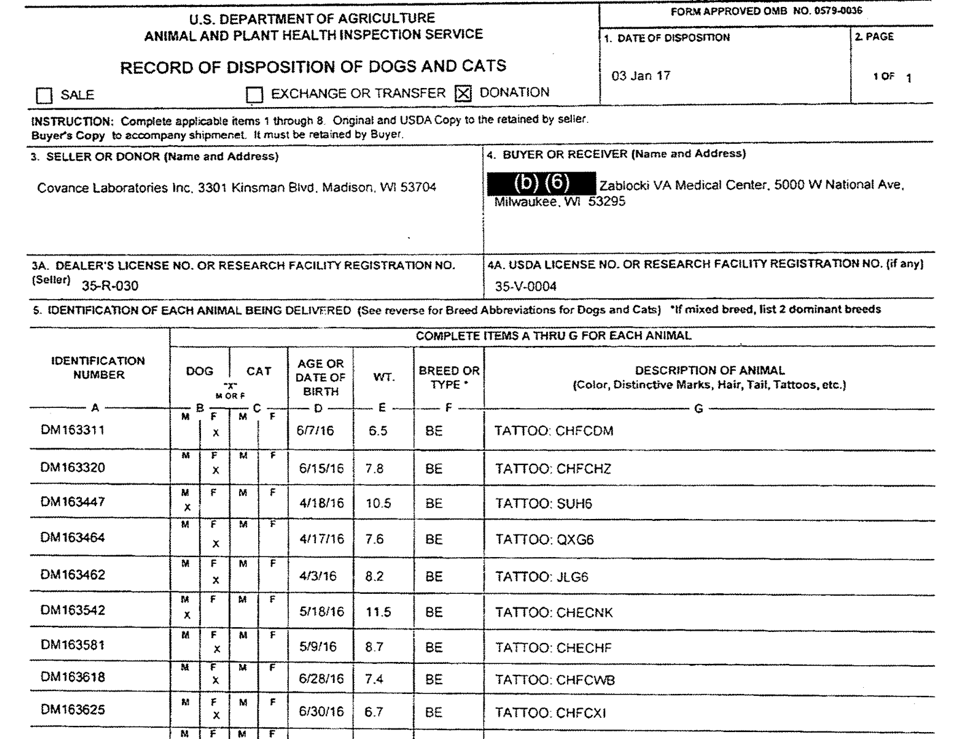 Despite being funded since 2010, the federal research database has no funding information or results listed for Zablocki’s dog experimentation project.

Polls show that 75 percent of voters want the government to phase-out cruel dog experiments, but Zablocki VAMC is ramping up the practice.

In the coming weeks, ads will go up in Los Angeles and near the Richmond VAMC where WCW has exposed rampant dog abuse, sloppy heart failure experiments and accountability failures that are now being investigated by the VA Inspector General.

They are not humans!! How can we experiment on theses dogs?? How can they take our taxes and use them on animals. This is so unacceptable. SICKENING

This is insane and should not be happening in America.

this in inhuman, deplorable, and if not illegal, should be made so asap…….honestly, i don’t know how the people who torture and murder innocent creatures sleep at night…..Sanctuary, please

Experimenting on animals is outdated, cruel, abusive and a total waste of money. It needs to stop now.

Thank you for letting people know what is going on instead of praising the Veterans Administration Center like most veterans do.

Animal testing is a horrific and barbaric process. Stop this abuse now.

The Department of Veterans Affairs Has Been Abusing and Killing Dogs in Nightmarish Experiments – Liberal View News, July 8, 2017 Reply

The Department of Veterans Affairs Has Been Abusing and Killing Dogs in Nightmarish Experiments – Infinitify, July 8, 2017 Reply

Please stop these horrific experiments on dogs, no animals should have to suffer.

This is terrible! Hopefully this will never happen again. Dogs are family, they should not be use in any experiment or any other activities that will hurt or harm them.