A former Department of Veterans Affairs attorney and Republican staff director of the House Veterans Affairs Committee isn’t pulling punches when it comes to the V.A.’s abuse of dogs in wasteful experiments. 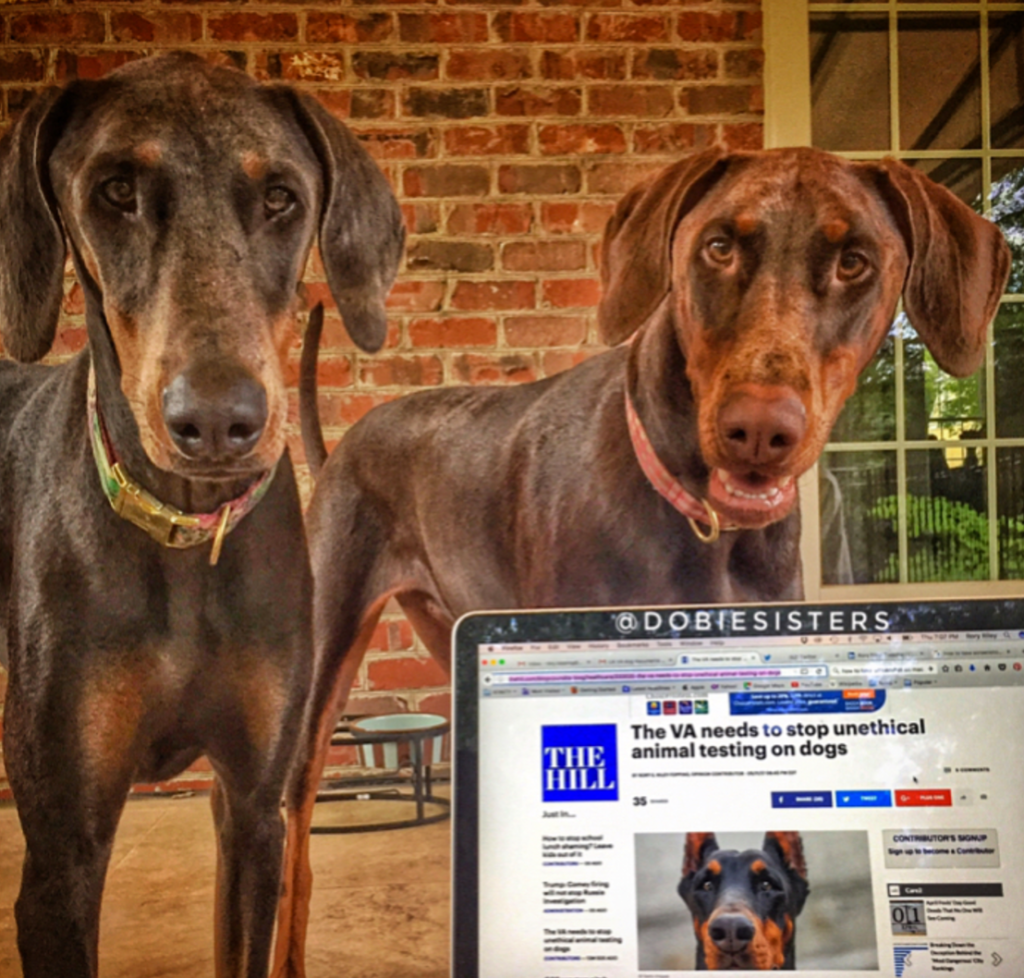 In a new commentary published in the influential beltway outlet The Hill, Rory Riley-Topping–a veterans advocate and Doberman rescuer–takes the Greater Los Angeles V.A. and other V.A. facilities to task for their abuse of Dobermans and other dogs:

While VA’s actions over the last few years towards the veterans it was designed to serve has been disturbing to say the least, it’s actions towards defenseless animals are a new low, even for the agency that has been described as a “calcified and soulless bureaucracy.”

VA would be wise to learn from dogs, and Dobermans in particular, rather than to continue to conduct unethical testing on them at taxpayer expense. Dobermans are consistently rated one of the most loyal dog breeds, and are known for their hard work and intelligence. Dogs are transparent, and they take accountability seriously. The agency created to serve our nation’s veterans should do the same.

You can read the full article here.

Please God i pray that you shut this down.
The world has gone mad with sick, sick people.
There is absolutley no way i want my tax dollars supporting anything so evil.
Please stop the madness!
Sincerely, Another voice for the voiceless.

I live 20 minutes down the road from Anza, CA, what Dateline several years ago referred to as “THE METH CAPITAL OF THE UNITED STATES”. I see the effect of meth every day! Stop, PLEASE STOP this abuse of these innocent creatures. If you want more first hand experience about meth, please go to Anza and see what I see everyday.

stop this cruelty to dogs