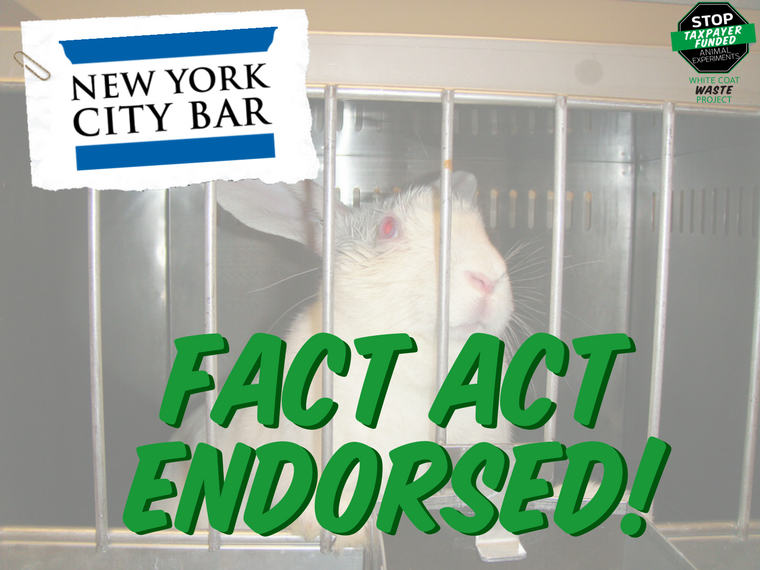 The Federal Accountability in Chemical Testing (FACT) Act, a White Coat Waste Project-endorsed bill that would require federal agencies to disclose much more information about the poisoning tests they do on animals–including for cosmetics— has been picking up steam. The bill has over 60 bipartisan cosponsors and now the support of the prestigious New York City (NYC) Bar Association.

Data about toxicological tests on animals is critical for ensuring that tax dollars are used efficiently, that animals are not being used unnecessarily, and that animal welfare standards are maintained when they are used

The committee’s report also highlights the lack of transparency about government animal tests that WCW has been documenting,

Little is known about the details of most toxicological tests on animals funded by federal tax dollars, such as the cost or the number of animals used…

Please email your Congress members now and urge them to support the FACT Act.