WCW & Congress: “The Price is Wrong” for Taxpayer-Funded Animal Experiments 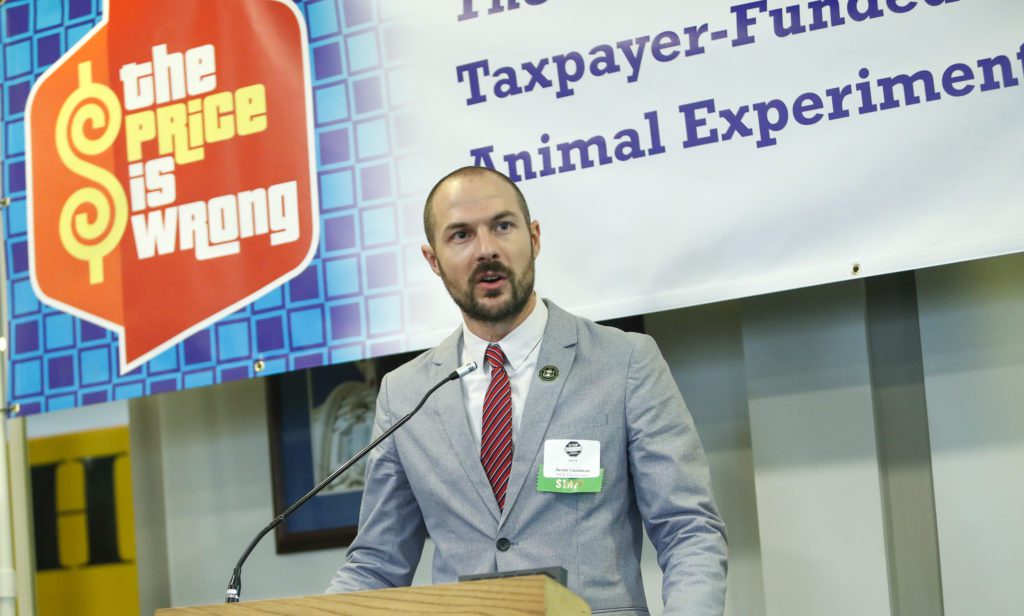 Yesterday, White Coat Waste Project hosted a briefing and game night on Capitol Hill to help roll out new bipartisan legislation and explain to Congress why the price is wrong for $15 billion in taxpayer-funded animal experiments each year.

The event was emceed by public speaker and award-winning TV personality Marco Antonio Regil, host of Spanish-language versions of “The Price Is Right,” “Family Feud” and other hit shows. Marco has been named the “Most Trusted Television Host” by Reader’s Digest, and has more than 3 million combined followers on Facebook and Twitter and Instagram.  He’s no stranger to Washington– Marco hosted a Cinco de Mayo celebration at the White House under President George W. Bush. 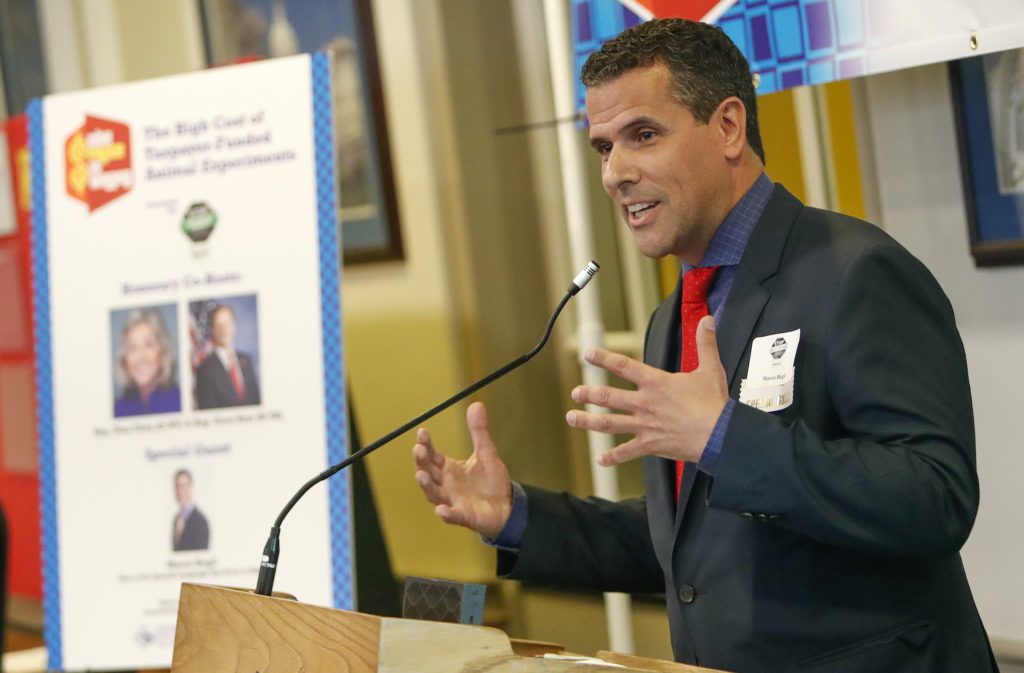 The event was co-hosted by Reps. Dina Titus (D-NV) and Dave Brat (R-VA), both outstanding national leaders on efforts to expose and end wasteful taxpayer-funded animal experiments. At the reception, Rep. Titus announced the introduction of her and Rep. Brat’s new legislation, the PUPPERS Act, to defund painful experiments on dogs at the Department of Veterans Affairs (VA). 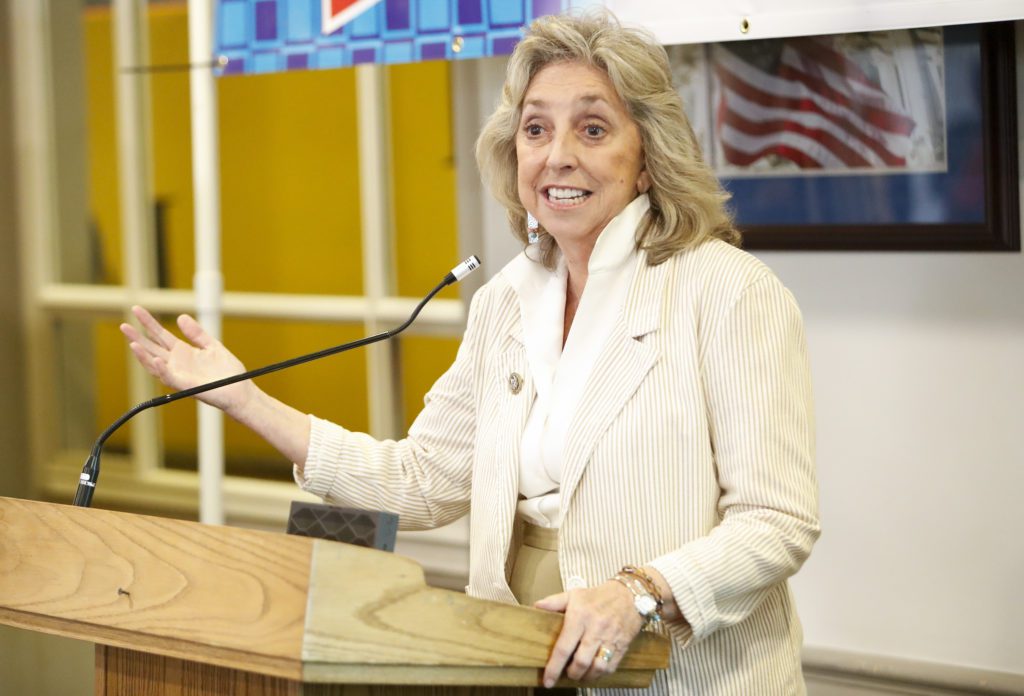 Rep. Dina Titus D-NV) announces the introduction of her bipartisan PUPPERS Act to defund painful dog experiments at the Department of Veterans Affairs

Additionally, Rep. Nanette Barragan (D-CA), who helped WCW shut down painful experiments on Dobermans at the Los Angeles VA, spoke at the event about her work with WCW and guessed the cost of government animal experiments during a lively round of “The Price is Wrong” with Marco Regil, Congressional staff and WCW supporters. 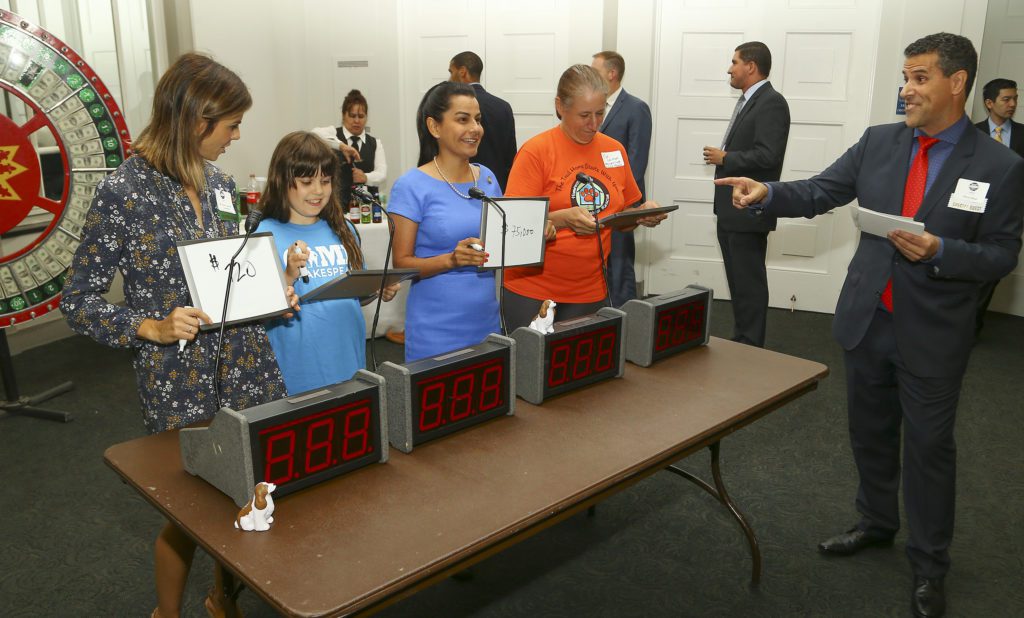 In all, more than 120 Congressional staffers from Republican and Democratic offices in the House and Senate, Congress members and others attended WCW’s event, demonstrating the broad bipartisan interest and support for our work.  The event was also generously supported by cruelty-free companies Dr. Bronner’s and Smarties Candy Company, both of which donated product samples for giveaways.

Now, make sure your Congressional representatives hear from you! Urge your Members of Congress to support the PUPPERS Act to end taxpayer funding for painful experiments on dogs at the V.A.  Click below to send a personalized email now.