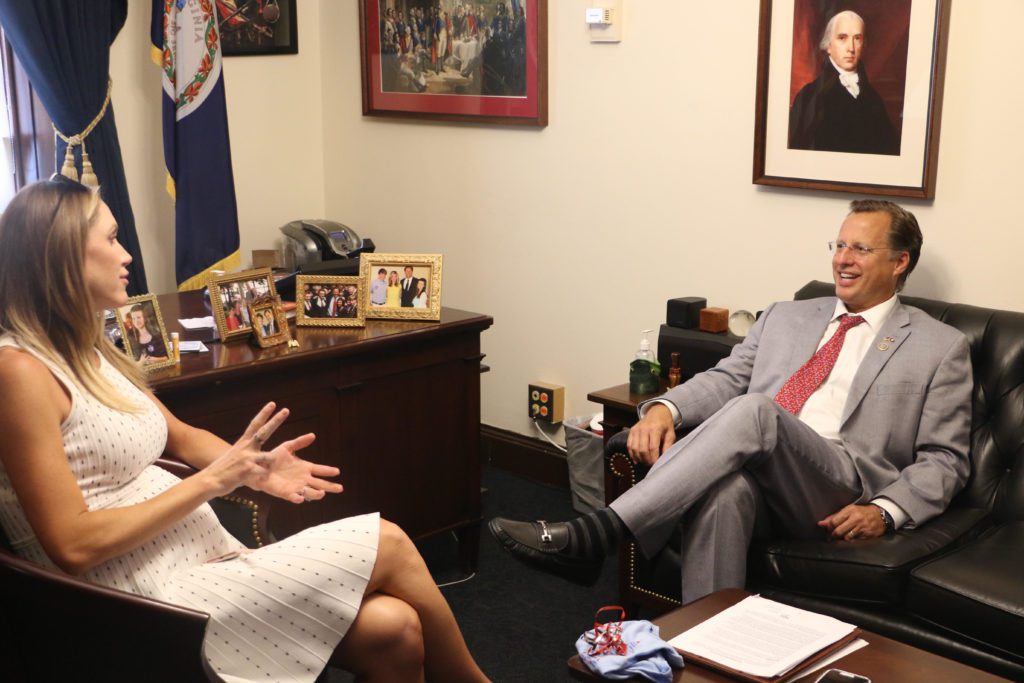 If you haven’t yet, please urge your Members of Congress to cosponsor this important legislation to protect dogs, veterans, and taxpayers.

Trump team has a chance to improve toxic VA culture

Don Draper, the smooth-talking advertising executive on AMC’s Mad Men, once famously said that, “If you don’t like what people are saying, change the conversation.”

Another Donald, who happens to share much in common with the 1960’s ad mogul and also happens to be our current president, could stand to learn from his fictional namesake.

Beyond the recent shuffling of its communications team staff, the Trump administration needs to change the conversation about what, if anything, it is doing to make America great again.

Luckily, POTUS’s daughter-in-law Lara has just helped highlight a distinct new opportunity for the Trump administration to do just that.

Last week, Lara, a longtime beagle rescuer and dog advocate, met with Rep. Dave Brat (R-Va.) to discuss his new bipartisan Puppers Act, which would defund painful and unnecessary experiments on beagles and other dogs by the Department of Veterans Affairs (VA) that have been widely panned by Republicans and Democrats.

The Puppers Act, which Rep. Dina Titus (D-Nev.) helped introduce, presents a unique chance to unite Americans of all political persuasions on a trifecta of bipartisan issues – veterans, dogs, and government accountability — which are all included in this single piece of legislation.

In fact, at a recent Congressional briefing announcing the legislation, Rep. Titus referred to the bill as one of the few truly promising bipartisan pieces of legislation currently before Congress.

Of course, other recent bipartisan action in Congress includes the Veterans Affairs Accountability and Whistleblower Protection Act of 2017, making the Puppers Act a natural extension of the Trump administration’s most significant piece of legislative success thus far.

The Puppers Act is the result of months of exposés and investigations documenting egregious abuses, wasteful spending, and oversight failures at the VA’s dog labs.

Unbeknownst to most of us, for decades, the VA Medical Center in Los Angeles has been breeding Dobermans to have narcolepsy and was about to undertake a new project to inject 18 of them with methamphetamine and kill them. Thankfully, recent complaints filed by the White Coat Waste Project, a government watchdog group leading the effort to end taxpayer-funded dog experiments, and pressure from Congress, prompted the VA to announce an end to the bizarre and wasteful project.

On the east coast, a VA Office of Research Oversight investigation recently found widespread problems in dog labs at the Hunter Holmes McGuire Medical Center in Richmond, where hound-mix puppies are given heart attacks by injecting latex into their coronary arteries and forced to run on treadmills.

In a 40-plus page report, VA found that McGuire failed to track how many dogs were used and how they died, approved painful procedures without justification, had an inadequate whistleblower policy, and other disturbing breakdowns. The previously undetected abuses also followed a complaint filed with the VA by the White Coat Waste Project.

As if these problems in Richmond weren’t bad enough, Todd Woessner, another VA whistleblower has now come forward with photos of dogs with extensive lacerations, and other evidence of abuse at the McGuire VA Hospital’s dog research lab.

Woessner, an Iraq war veteran himself, shared his concern that cruel experiments on dogs are not what the VA should be spending its valuable resources on, and thus lends credence to Trump’s 2018 budget proposal suggestion that money currently allocated toward VA’s research budget could be better spent elsewhere.

Specifically, Woessner stated “I don’t think it’s the VA’s job to be doing this to dogs . . . I think they should be focusing on taking care of veterans.”

In conjunction with the whistleblower’s statements, Jennifer Marshall, a union representative at the McGuire VA hospital expressed support for the intent of the Puppers Act, noting that the VA’s dog research lab is massive, and that space and resources could be more efficiently utilized for much-needed patient care.

Yesterday in the Richmond Times-Dispatch, one soldier praised Rep. Brat’s efforts and echoed some of the same concerns:

Every minute and penny the VA squanders on torturing puppies in outdated and wasteful experiments — and on trying to defend them — means less help that can be provided to veterans and wounded warriors who are suffering and dying because they can’t receive basic care and services from the agency.

Thus, signing the Puppers Act into law would show that the Trump administration is serious about improving the toxic culture at VA, protecting whistleblowers, increasing accountability at the agency, and stopping waste, fraud and abuse throughout the government.

The Puppers Act also presents an opportunity for the Trump administration to change the conversation about the first family’s role in its political affairs, too.

Lara Trump’s advocacy for dogs used in taxpayer-funded experiments is a refreshing reprieve from the recent conversations about other members of the Trump family, including Donald Trump Jr.’s meeting with a Russian lawyer and Jared Kushner’s compliance with security clearance paperwork.

Prior to his entry into politics, the Trump brand was associated with success. If Trump wants to change the conversation about recent controversies, swift passage of the Puppers Act is most certainly a way to do just that, and to make America great for animals, too.

Rory E. Riley-Topping has dedicated her career to ensuring accountability within the Department of Veterans Affairs (VA) to care for our nation’s veterans. She is the principal at Riley-Topping Consulting and has served in a legal capacity for the U.S. House of Representatives Committee on Veterans’ Affairs, the National Veterans Legal Services Program, the U.S. Court of Appeals for Veterans Claims, and the Department of Veterans Affairs, and can be reached on Twitter @RileyTopping.