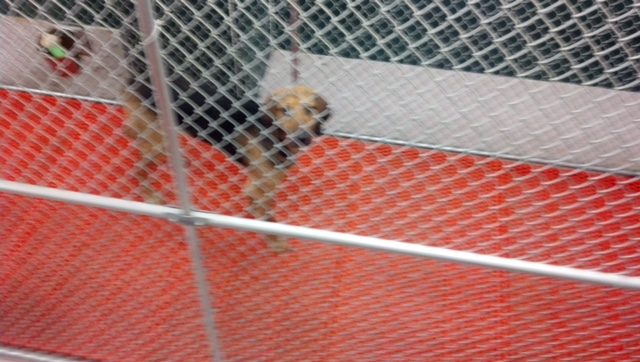 A brave Iraq war veteran who works at the McGuire Veterans Affairs Medical Center (VAMC) in Richmond, Virginia has come forward with disturbing new details about the facility where more than 100 dogs are “set to die” in abusive and wasteful forced heart attack experiments and other painful cardiac studies first exposed by WCW and called “torture” by Richmond-area Congressman Dave Brat.

As reported by Richmond ABC affiliate WRIC, the veteran–Todd Woessner–filed complaints and went public after seeing one of the dogs covered in bloody lacerations.  He explained:

The one dog had recently had some sort of procedure done where you could see the incisions and the shaved part, and that dog was very distraught
…
I have seen a bowl with water and a dog heart in it
…
You can tell they are like scared of you, very nervous, distraught, uncomfortable
…
I can’t see how anybody who see those dogs, the look in their eyes, and they don’t know what is going on, they’re innocent, God’s creatures

He took a photograph to document the alarming image: 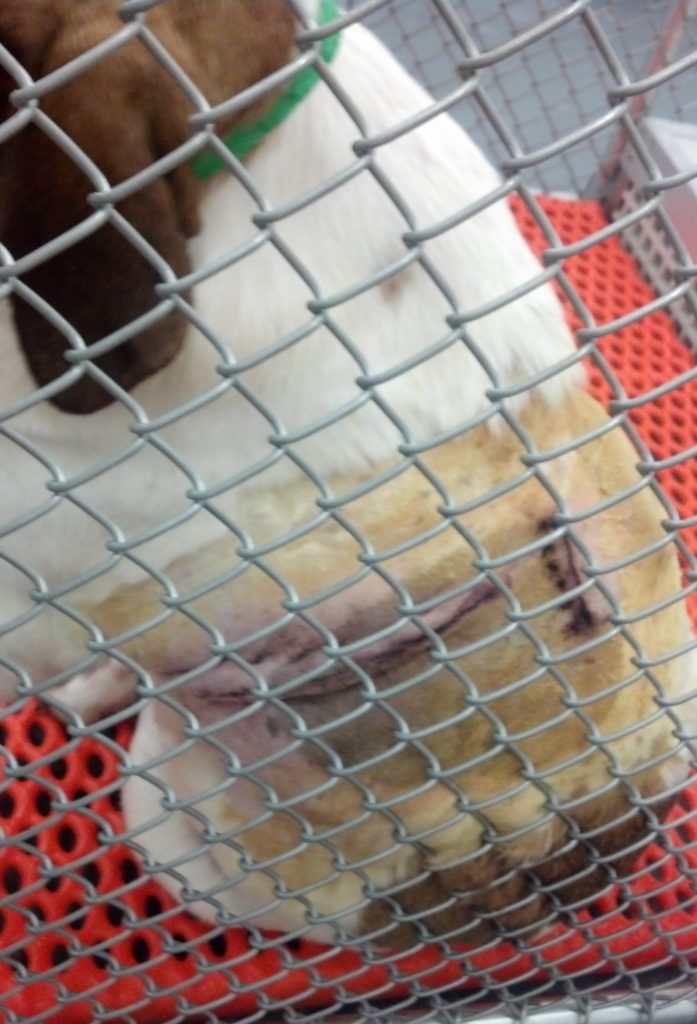 I don’t think it’s the VA’s job to be doing this to dog’s…I think they should be focusing on taking care of veterans.

Woessner also refused WCW’s whistleblower reward, stating that he wanted to avoid any perceived conflicts of interest and that came forward because it was the right thing to do, not to receive accolades or compensation.

The whistleblower’s union representative also reported that several other employees have expressed “concerns about the animals conditions” and that “they were seeing them in pain, distress.”

I have nurse practitioners that don’t have an office space…I have social workers that are tripping over each over.
…
They could take the entire third floor, which is huge square footage, get research out of there and utilize that for patient care….The mission of our medical center is to provide care for veterans

Watch the full WRIC exposé below:

Help end this abuse. Urge your Congress members to support the newly introduced PUPPERS Act to end taxpayer funding for painful dog experiments at the V.A. Click below to send a personalized email.

This abuse has to stop!

Disabled Veterinarian: What gives these horrible people the right to do this to the most vulnerable in our society? Nothing!!!

I am a retired scientist and I can back up the claim or any statement that refers to VA lab experimintation on dogs as a joke. Its a well known fact in federal scientific circles that given the repeat experiments and results that tracked other researchers results, the lack of sufficient acumen and reasoning capabilities on the part of VA scientists and the knowledge that nepotism got and kept them there, serious

This is horrible that this happens in the United States.

This needs to stop

This needs to be stopped.

This is pathetic and all animals deserve to have the same rights as humans. Please stop this now !

WHO CALLS THIS BARBARITY OF ANIMAL CRUELTY SCIENCE? I HOPE ALIENS EXPERIMENT ON THOSE SO CALLED SCIENTISTS SOON.

This needs to end now

Stop these abuse. Not acceptable. Time to take action against this and fight it.

I assume every one of the public employees involved in these acts of abuse, torture and murder do not have a pet. How could they care for a pet with a clear conscience. Shame on all of those involved.

The VA needs to get out of the research business. Period.

Please put an end to this cruelty its so wrong stop them from hurting and killing gods little animals.

Please stop them from hurting and killing this furbabies

What tbed fuck is wrong with people. This has to stop. They feel emotion and pain just like us.

Stop this it is torture

I am disgusted with the way you experiment with animals . It is terrible and cruel…it will never help humans…so stop using these poor animals. Ban this now !!!!?

Stop this horrific testing-these poor dogs shouldn’t have to suffer such abuse!!

This horrible abuse of these Sentient beings is Evil! The “so-called” experiments does Not accomplish anything in medicine. How do these sub-humans sleep at night?.

STOP KILLING THESE INNOCENT DOGS, ANIMALS. THEY HAVE A RIGHT TO BE LOVED.

STOP USING DOGS AND OUR MONEY SAVE THE DOGS

I am a retired scientist and I can back up the claim or any statement that refers to VA lab experimintation on dogs as a joke. Its a well known fact in federal scientific circles that given the repeat experiments and results that tracked other researchers results, the lack of sufficient acumen and reasoning capabilities on the part of VA scientists and the knowledge that nepotism got and kept them there, serious considerations need to be directed to cut V
A research completely off. It is Not Science.