Sen. Flake to DOD: Show me the money 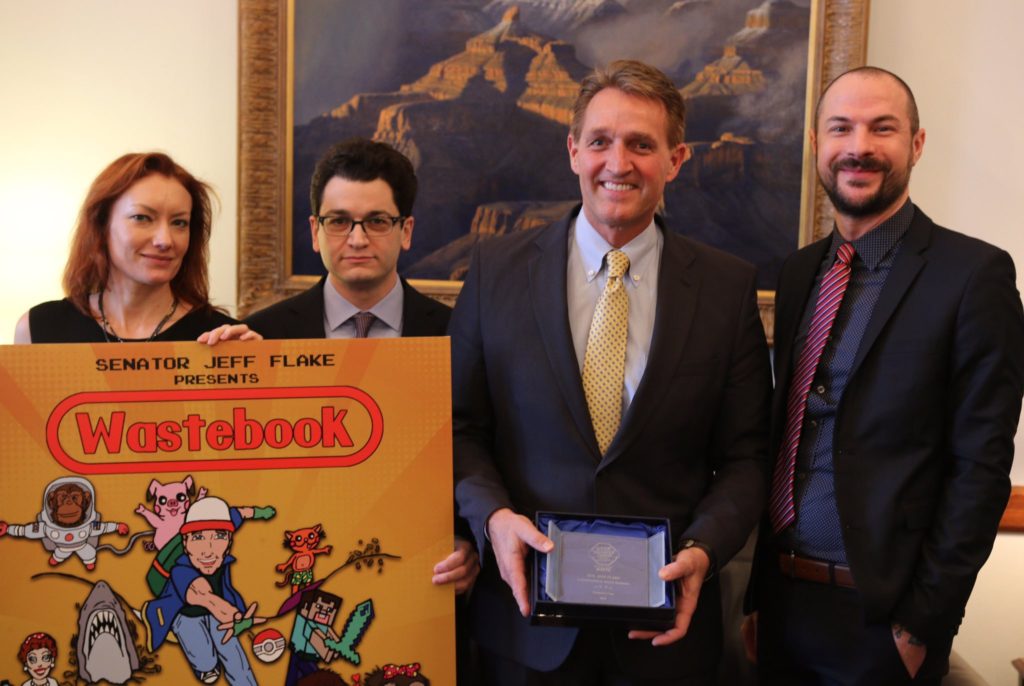 Waste warrior Senator Jeff Flake (R-AZ) has once again proven he’s on the taxpayer’s side. Flake just secured another win to reduce wasteful spending, this time shepherding an amendment as part of the National Defense Authorization Act (NDAA) that requires the Department of Defense (DOD) to include price tags for their research projects in all press releases and media statements. Said Sen. Flake:

With the national debt now surpassing $20 trillion, putting this measure on the president’s desk will send a clear signal that Congress is paying attention to how taxpayers’ hard-earned money is being spent

Right now, as WCW has repeatedly documented, it is difficult or impossible to determine the amount of tax dollars spent on often-wasteful research projects and Flake’s legislation will help remedy this problem.

As we told Federal News Radio, “These studies might make a funny headline, but unfortunately taxpayers are stuck footing the bill for research that is often wasteful, unnecessary and in some cases just outright stupid.”

Earlier this year, following an investigation by WCW and Restore Accountability, Sen. Flake secured an audit of violations of federal funding disclosure law by National Institutes of Health (NIH)-funded animal experimenters receiving $15 billion in tax dollars annually.  Our report found that 100% of Ivy League press releases about NIH-funded animal experiments failed to include the amount of federal funding received, as required by law. The wasteful studies included a taxpayer-funded “mouse fight club” and simulating what it would sound like if monkeys said “Will you marry me?” in English.