Taxpayer Terror: Scary truths about where your money is going

Drilling holes in puppies’ heads and damaging their brains is a nightmare fit for a horror movie, but it’s also just another day in a taxpayer-funded government animal laboratory.

You know what else is scary? You’re paying for it.

Just in time for Halloween, check out this trio of terrifying tests you’re being tricked into funding: 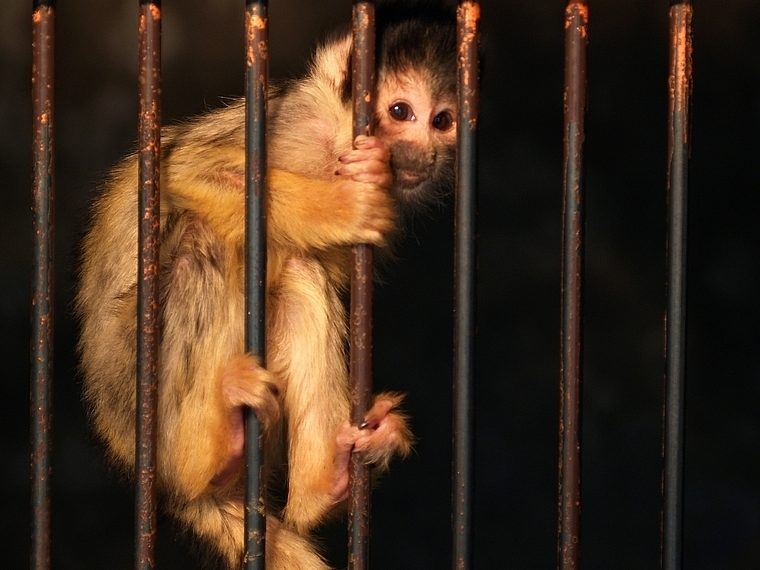 Until recently, the FDA was using your tax dollars to addict baby monkeys to nicotine, videotape their responses–which include tremors and vomiting–and lock them alone in cages for nearly 3 years. Thankfully, the FDA has suspended the project after a WCW lawsuit and plea from Dr. Jane Goodall.

Your favorite cosmetics company probably isn’t doing animal tests anymore. You know who is? Uncle Sam. In dozens of ongoing and planned tests by the NIH’s National Toxicology Program, massive doses of fragrances and colorings used in cosmetics and personal care products are being forced down animals’ throats or smeared onto their bare skin.

Help make sure your tax dollars aren’t spent on these government horror shows. Take a moment to write your Congress members and urge them to cut federal funding for painful and deadly dog experiments at the Department of Veterans Affairs.

Stop. Up to date scientists don’t need to harm animals.

Never use my tax dallors for crimes against defenseless living creatures..

Please stop the madness of testing products on defenseless animals.

These experiments have NO business being g conducted at all! There should be massive class action lawsuits against the VA and the House and the Senate for misuse of our tax dollars in such hellish experiments!

There is no excuse for these horrific experiments. The VA and Senate and House should be sued in a massive class action lawsuits for misusing our tax dollars in these hellish and unneccesary experiments.