This morning, White Coat Waste Project (WCW) filed a federal lawsuit against Stokes Veterans Affairs Medical Center (VAMC) in Cleveland, Ohio for violating the Freedom of Information Act by refusing to release details of what it does to dogs in wasteful and deadly experiments and what it costs. Cleveland.com broke the story. 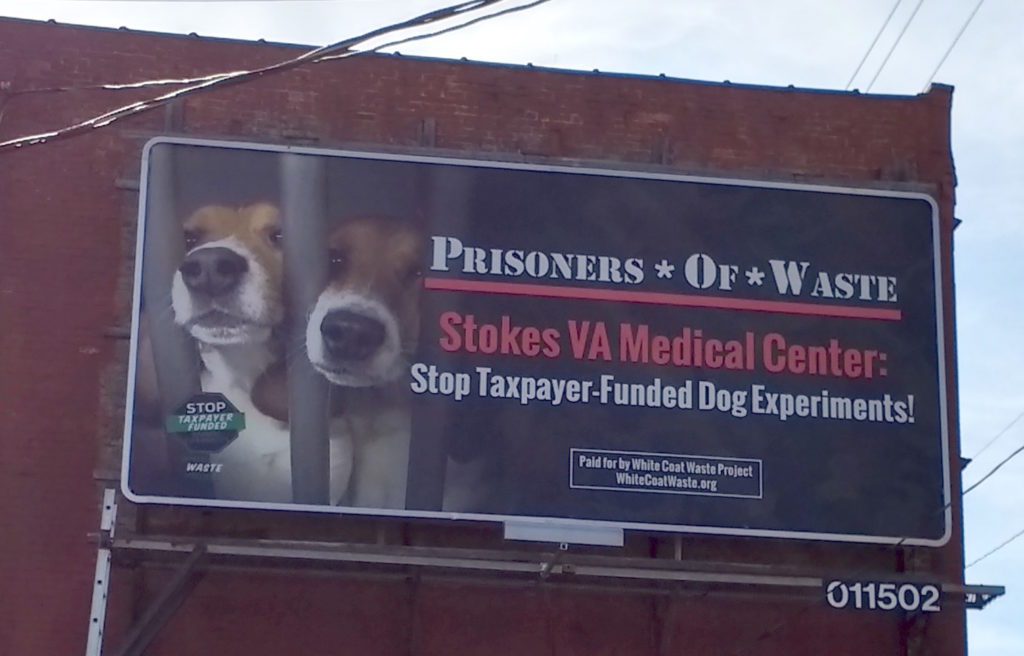 The lawsuit follows WCW’s recent exposé uncovering that Stokes VAMC experimented on and killed “friendly” and “shy” hound dogs that it told reporters it had “adopted out.” Stokes VAMC is one of only three VA facilities in the country conducting painful experiments on dogs.

This is just the latest missive in our legal battle against the VA’s secrecy, waste and abuse. Last week, WCW filed a suit against the City of Richmond, Virginia’s transit authority for refusing to run our ads criticizing VA’s dog experiments on city buses, and we are also suing the Richmond VA for FOIA violations related to its heart attack experiments on puppies.

As these cases make their way through the legal system, please take a moment to write your Congress members and urge them to support the bipartisan PUPPERS Act.

We don’t want our tax dollars used to torture animals

I want to adopt one of these dogs. Show them love and care for a change. I am so disgusted with these so called experiments. I fund the V A!!! I would never fund this torture if given a choice. Shut this lab down!!!

Stop these inhumane and senseless experiments on innocent souls.

This must stop now. It can’t go on.