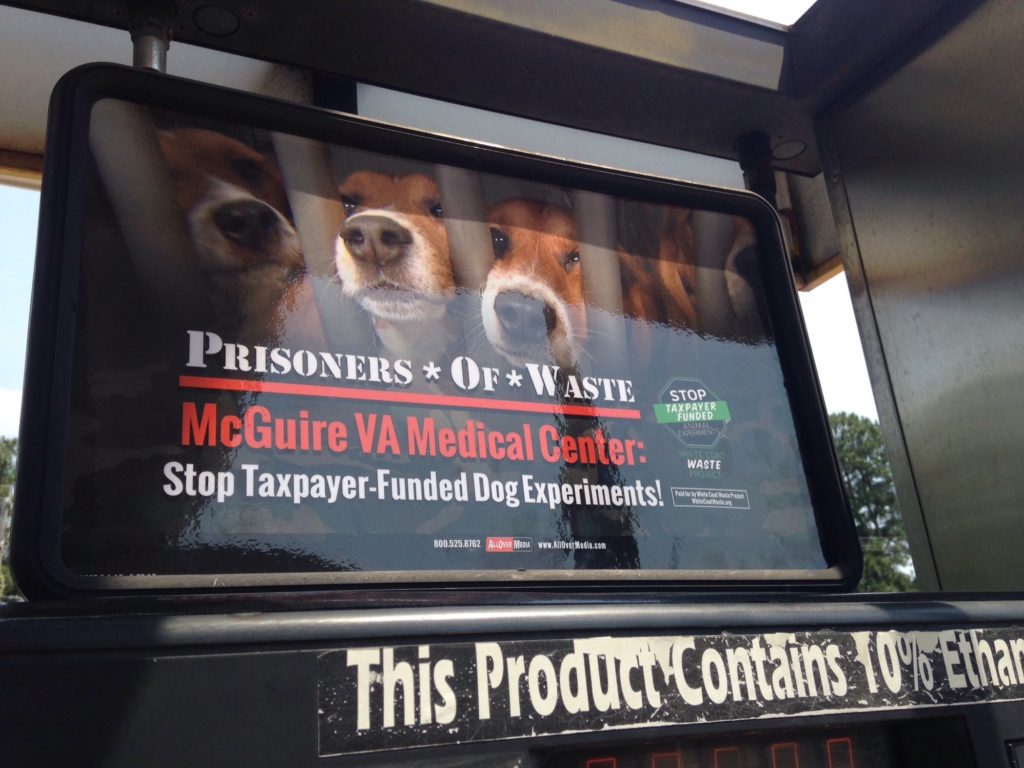 Now, we’re seeing the positive impacts of this effort, and the VA’s shameful efforts to prevent more progress.

As first reported by USA Today, Secretary Wilkie’s letter also includes troubling information about several existing VA dog testing projects in Richmond, Cleveland and Milwaukee that have been allowed to continue under questionable circumstances.  According to USA Today, the VA did not properly review and approve the projects, as is required by federal law.

Take a moment to write your Congress members and urge them to support the bipartisan PUPPERS Act to permanently cut federal funding for all painful dog experiments at the VA.

PLEASE support the bipartisan PUPPERS Act to permanently cut federal funding for all painful dog experiments at the VA!

If no justice is served here to stop these horrific and torturous experiments on animals then you who are responsible will be judged when your time comes. May God have mercy on your souls.

This is simply barbaric and unnecessary! There are plenty of ways to test and educate people re healthy lifestyles, prevention and otherwise. To do this and take my hard earned money is disgraceful! Shame on you!

Stop testing on all animals. Do the testing on people. They act like animals.

This is absolutely HORRIFIC and completely UNESSESARY!!!!!! STOP IT AND STOP IT NOW!!!!!!

stop the animal abuse and stop it NOW!

You need to stop this barbaric treatment of some of the most loving, beautiful dogs on this Planet! What you are doing is pure torture and absolutely cruel to these animals which have no voice to say, stop!!! Please make them stop this craziness to these doggies.

There obviously is better ways of finding out information about our beloved friends. This, is not a way of finding said information out. Stop wasting money and find a better way, that doesn’t cause harm.

Sadistic! Remove these people from their positions and bring this outfit into the 21st century. What is wrong with these people??

When we going to stop these cruel, inhuman and unnecessary expierments. NO MORE TAX MONEY WASTED

They’re not scientists …they’re sadistic , sick and cruel people !
This is wrong on so many levels. As a taxpayer I don’t want our money used for torturing animals!!

The real truth , why V.A. Is performing these criminals act

Anybody who has no regard or compassion of
animal and human rights, has no place ANYWHERE on this Earth!!