We’re proud to announce that White Coat Waste Project is the recipient of the 2018 Public Awareness prize from LUSH Cosmetics.  WCW accepted the award, along with a check for £50,000 (approx. $64,000) to support our work to continue exposing and ending taxpayer-funded animal experiments, at a ceremony in Berlin, Germany on November 16. 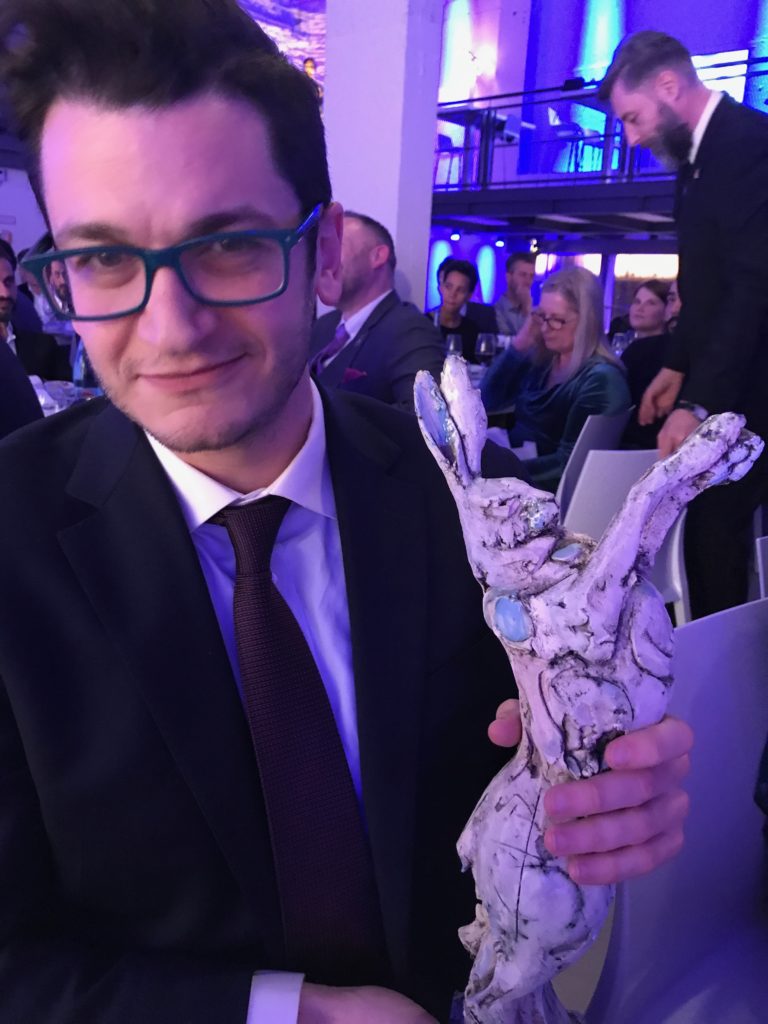 WCW founder and president Anthony Bellotti accepted the LUSH Prize at a ceremony in Berlin.

Taxpayers are forced to fund two-thirds of all U.S. animal experimentation–to the tune of $15-$20 billion annually–even though a growing majority of Americans oppose the wasteful practice. WCW’s mission is to Find, Expose and Defund this waste and abuse in taxpayer-funded animal labs.

We’re honored that LUSH recognizes our work to fight back against secretive government agencies to ensure Americans know how their money is being wasted and empower millions of people to force change. LUSH said of WCW: “We believe in supporting projects that aim to tackle the root cause of the problem rather than treating the symptom. That’s why we contributed to the work of White Coat Waste Project.”

Below is a video LUSH produced for the award ceremony.

We find waste through original investigations into federal programs and Freedom of Information Act lawsuits. We expose waste with hundreds of TV exposés, media stories and newspaper cover features, and compelling ad campaigns.  We even file free speech lawsuits to ensure we’re able to inform the public about the government waste and animal abuse they’re unwittingly paying for.  And we de-fund wasteful taxpayer-funded animal experiments by mobilizing millions of Americans to take action and lobbying Congress for reforms.

If you haven’t yet, join our action team and help us stop taxpayer-funded animal experiments.

Thanks for doing this important work!