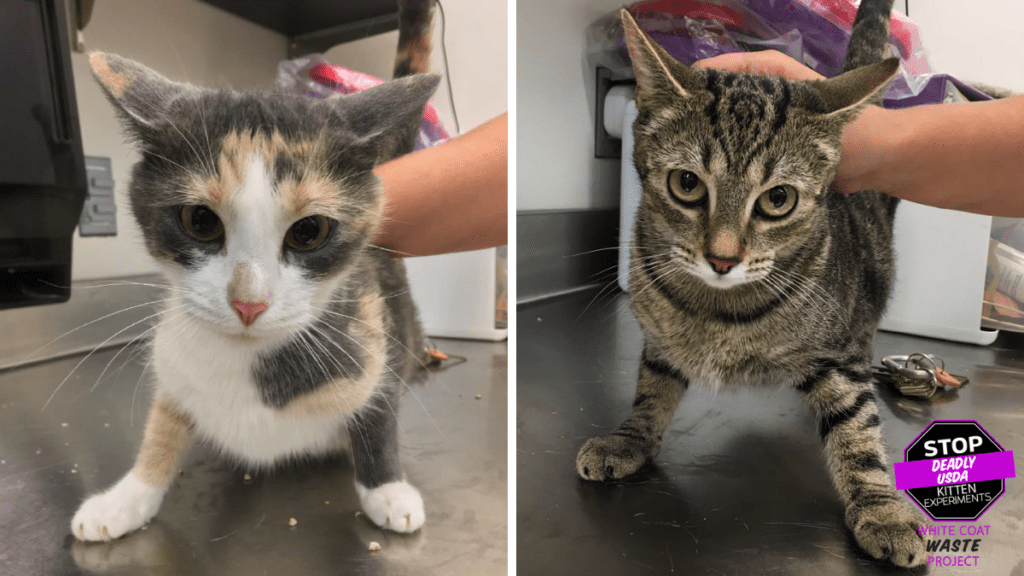 Photos of cats inside the USDA’s Beltsville, MD experimentation lab obtained by WCW via the Freedom of Information Act.

Today, as first reported by NBC News, Senator Jeff Merkley (D-OR) and Congressman Jimmy Panetta (D-CA) re-introduced the KITTEN Act for the new Congressional session with the support of original co-sponsors from both sides of the aisle including Senator Cory Booker (D-NJ), and Reps. Brian Mast (R-FL), Will Hurd (R-TX) and Elissa Slotkin (D-MI) in the House.

Bipartisan group of lawmakers will introduce legislation today to prevent the US Dept. of Agriculture from continuing deadly experiments on kittens. https://t.co/KWJLCPTvoi

Today, @SenJeffMerkley and I are introducing the bipartisan, bicameral #KITTENAct to end the U.S. Department of Agriculture (USDA) practice of killing kittens after they’re used in agency testing. https://t.co/nh1xHEy2tE

The U.S. Dept. of Agriculture is WAY out of line breeding cats just to feed them parasite-ridden raw meat and then kill them even though they’re perfectly healthy. Our bipartisan KITTEN Act will put an end to this abusive and unnecessary practice for good.https://t.co/NIGqEiP5Q5

The bill comes as the grassroots campaign to end these experiments continues to heat up. Last week, WCW’s ad campaign exposing the USDA’s kitten experiments launched on trains and buses that service the Maryland area where the lab is located. WCW’s lawsuit against the USDA for refusing to release documents about the kitten lab is also ongoing.

Stop using taxpayer money to fund the killing of kittens.

End this needless and inhuman killing of kittens.

Please stop these experiments. Thank you.

Wonder how much my share is. Taking it out of my taxes I owe.