Senate bill could save many federal lab animals’ lives and give them a new homehttps://t.co/8M0zwo4VPU

As reported by TIME, Washington Examiner, Associated Press, and others, today, Senator Susan Collins (R-ME), with the support of Sens. Martha McSally (R-AZ), Gary Peters (D-MI), and Jeanne Shaheen (D-NH), introduced the Animal Freedom from Testing, Experimentation and Research (AFTER) Act (S. 2322). The WCW-backed bill–which we’re calling Violet’s Law after the rescued ex-lab dog who inspired it–requires that all federal agencies enact policies allowing for the retirement of animals after experiments end in government labs.  The House of Representatives’ version of the bill was introduced back in May and already has support from nearly three dozen bipartisan cosponsors. 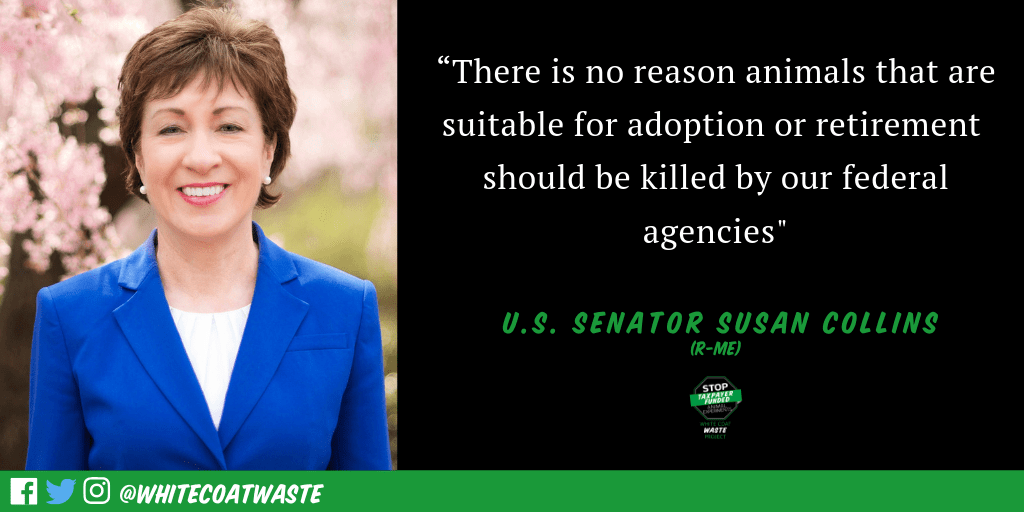 Federal labs experiment on about 50,000 dogs, cats, primates, rabbits and other regulated animals each year (excluding mice and rats). Sadly, since most government agencies do not have policies allowing lab animal retirement, virtually all of these animals–including puppies and kittens–will be killed, even if they’re healthy at the end of testing. But, taxpayers bought these animals and we want Uncle Sam to #GiveThemBack!

Every animal deserves the chance to be adopted into a loving, caring home. https://t.co/1gshd1QTmP

Animals that have been retired from federal research programs should be able to be adopted—not put down.https://t.co/rQNvS1pIER

WCW has been successful in compelling agencies like the USDA to adopt out cats and the FDA to retire monkeys to sanctuary on a case-by-case basis, but these agencies and others still do not have formal policies allowing lab animal retirement. Violet’s Law would change that. All animals in federal labs deserve a chance at a happy ending like Violet, former USDA cats Petite and Delilah and the FDA monkeys. 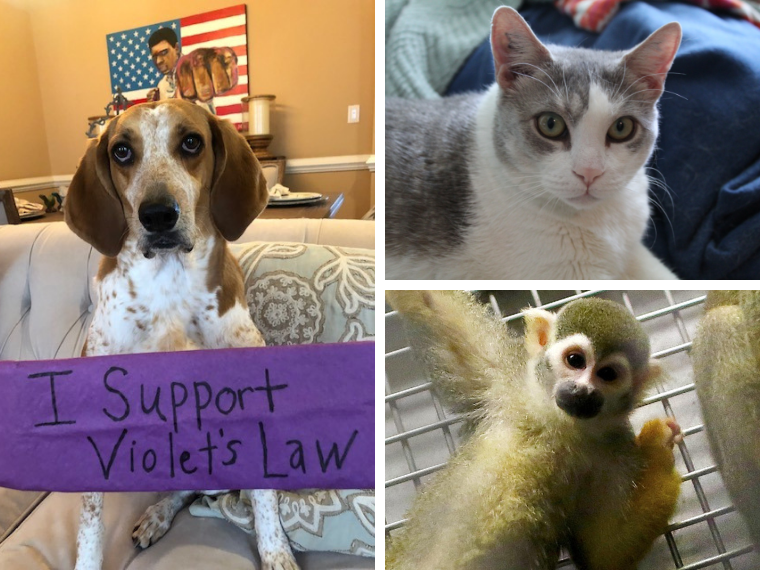 Animals released from taxpayer-funded labs following WCW efforts (L-R): Violet was rescued from a lab by a WCW board member. Delilah was retired by the USDA when WCW shut down its kitten slaughterhouse. And this male squirrel monkeys is one of 26 who WCW got released from the FDA’s now-defunct nicotine lab.

Urge your Congress members to cosponsor the AFTER Act to provide a second chance to animals abused in wasteful government experiments!

So glad of this news. Long time coming.

There is no reason in the world these animals cannot be released to have a home. The only other thing is to quit testing on animals with our science we don’t need it. So with them be released To someone that will show them love for the rest of their days.

Please retire dogs, cats and other animals from gov’t labs.

Better yet, stop all animal testing! I echo the previous comment, barbaric and medically useless! HORRID!

All animals deseve a second chance! I hope these horrible labs will be shut down for good! No innocent cat or dog has to suffer.To the the people who work in those horrible places how you like to live your whole life in a cold dark lab and then be killed!

what century are we living in?