In August, White Coat Waste Project and Pro-Life San Francisco exposed how the National Institutes of Health (NIH) has been wasting over $100 million annually on wasteful and cruel animal testing using human fetal tissue. Now, an army of influential lawmakers is demanding answers. 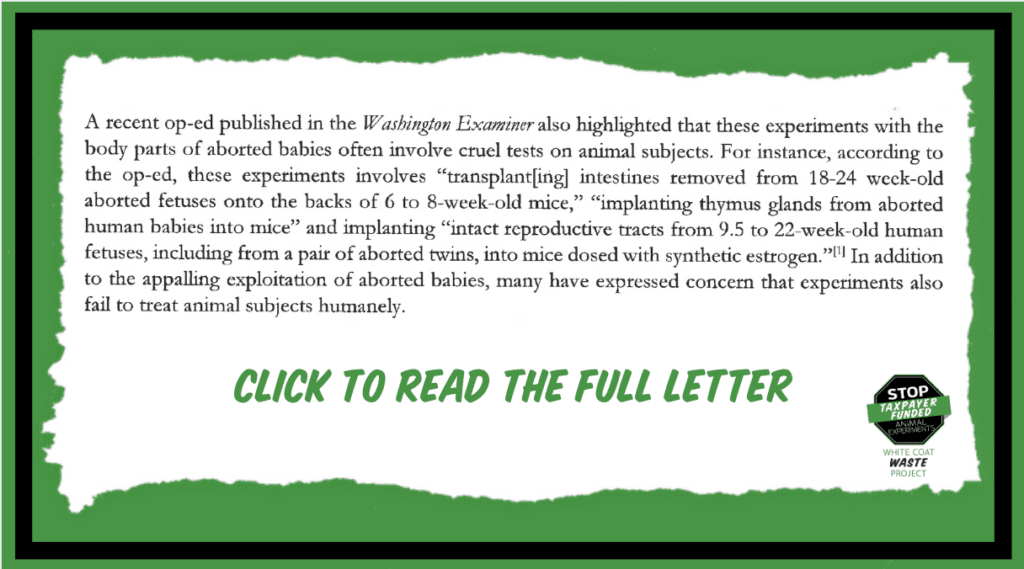 The lawmakers’ letter requests detailed information about current NIH-funded HFT experimentation, including animal testing, oversight of the program, and compliance with relevant laws.

WCW and PLSF uncovered hundreds of taxpayer-funded experiments in which tissues and organs from aborted fetuses were implanted into animals for inhumane and unnecessary experiments opposed by most Americans. As WCW and PLSF wrote in the recent op-ed:

“Even in this contentious political climate, surely everyone, pro-lifers, animal lovers, Republicans and Democrats, can agree that taxpayers should not be forced to foot the bill for these disgusting human fetal tissue experiments on animals.”