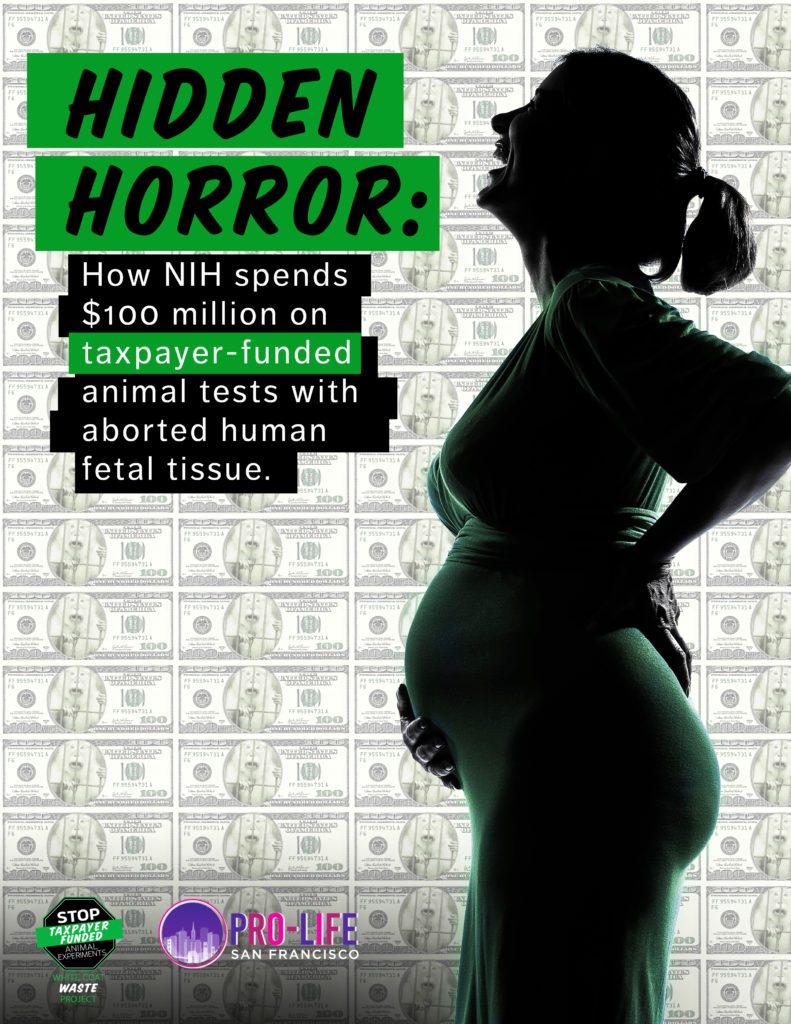 $100M+ WASTED ON HFT ANIMAL TESTS
In the new analysis titled Hidden Horror, WCW and PLSF reviewed all 200 NIH-funded HFT projects and found that an astounding 177 (89%) include animal testing. These wasteful and unnecessary animal experiments–which consumed $108 million in 2018–involve transplanting eyes, intestines, bones and other fetal body parts into monkeys, mice, rats, rabbits and other animals.

NATIONAL EPIDEMIC
WCW and PLSF found that over 50 different institutions in 31 states are receiving tax dollars for HFT animal testing, with California, Maryland, and North Carolina at the top of the list with over $10 million in NIH funding each.

LOOPHOLES ALLOW SOME HFT ANIMAL TESTS TO CONTINUE UNCHECKED
The Trump Administration has taken bold steps to stop wasteful spending on HFT animal tests. As of June 2019, HFT animal testing is banned in government labs, and as of September 2019, new rules require an ethics board review of all new HFT research proposals submitted by non-government experimenters.

However, the rules state that existing HFT grants will not be reviewed until the end of their funding cycles. WCW and PLSF study found that this would allow many wasteful projects to go unchecked and continue squandering tax dollars until 2023.

Your Tax Dollars Used to Merge Mice with Aborted Human Baby Body Parts: ‘Abhorrent on so Many Levels’ https://t.co/8KRJP7LPoX

As WCW and PLSF wrote in a recent op-ed:

“Even in this contentious political climate, surely everyone, pro-lifers, animal lovers, Republicans and Democrats, can agree that taxpayers should not be forced to foot the bill for these disgusting human fetal tissue experiments on animals.”