Congresswoman Lucille Roybal-Allard (D-CA)–a WCW Waste Warrior awardee–made history earlier this year by leading a successful effort with WCW to pass first-ever legislation directing the National Institutes of Health (NIH) to phase-out wasteful and painful primate testing that’s opposed by most taxpayers. As that bill works it way to the President, Rep. Roybal-Allard is holding the NIH’s feet to the fire.

In a letter sent last week to NIH director Francis Collins, the Congresswoman–a highly-influential member of the NIH’s funding committee–writes that she is “disturbed” about recent “drastic increases” in the NIH’s painful testing on primates despite its pledges to replace animal use with more efficient and cost-effective alternatives. 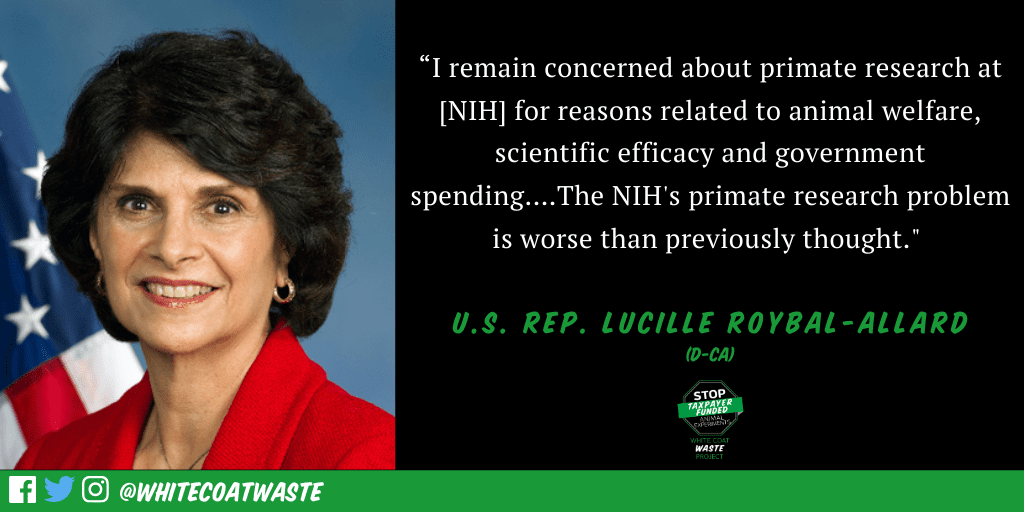 Among other things, Rep. Roybal-Allard’s letter cites WCW research showing that from 2013-18, the NIH’s abuse of primates in all painful testing rose by 73 percent.  Shockingly, the number of primates used in horrific “maximum pain” experiments where no pain relief is provided rose by a disturbing 370 percent. 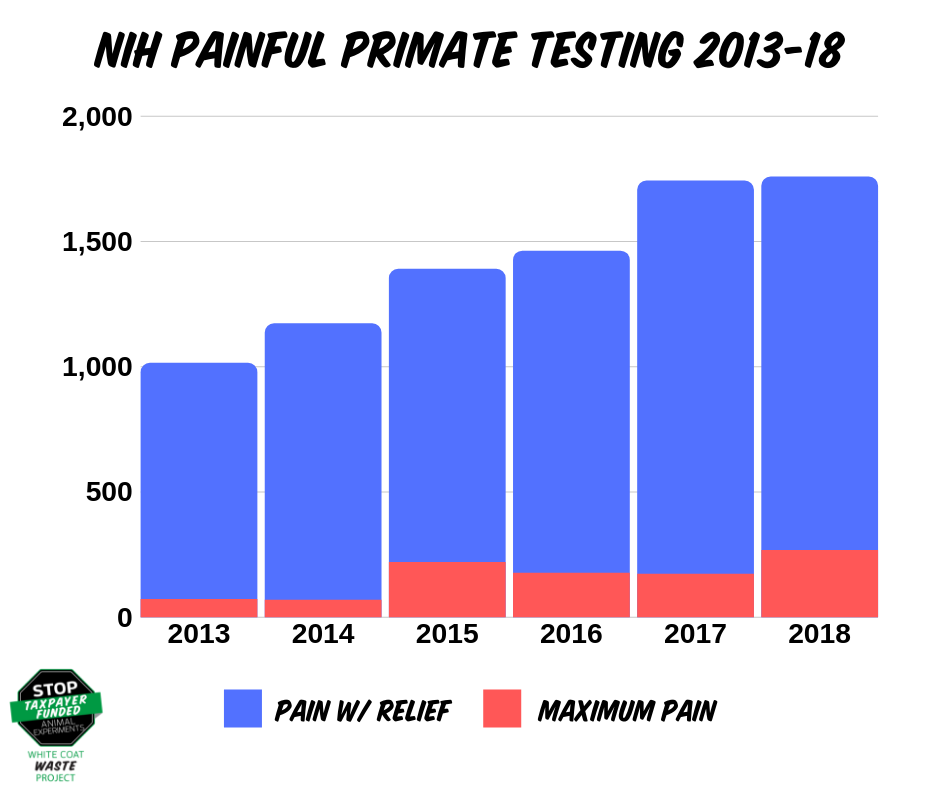 The NIH recently spent tens of millions of taxpayer dollars on wasteful primate experiments including destroying areas of monkeys’ brains so that they can no longer recognize faces.

It’s way past time for the NIH to cut funding for painful primate testing. Even the NIH Director himself recently highlighted the wastefulness of animal testing, and his counterpart at the Environmental Protection Agency (EPA) just announced a plan to end all testing on mammals by 2035.

Take a moment to write your Congress members and urge them to cut funding for all painful primate testing at the NIH.

Please ask the NIH to stop completely all primate testing. At the very least, testing of primates should be a means of last resort, when no other viable option, even if more expensive, is available. And if that is the case, then the primates should most definitely be made as comfortable as possible. But I would prefer NO PRIMATE TESTING AT ALL>

The funding must stop immediately! Why the delay? Supporting these sadistic sadistic experiments is outrageous!

This kind of experimentation is unacceptable. It is wrong & needs to stop.