Taxpayers have a right to know that the Maryland-based U.S. National Institutes of Health (NIH) wastes millions in public money to addict monkeys to street drugs in crude experiments. But government agencies in Maryland are–once again–unlawfully stifling White Coat Waste Project’s (WCW) free speech and its work to expose this waste and abuse. 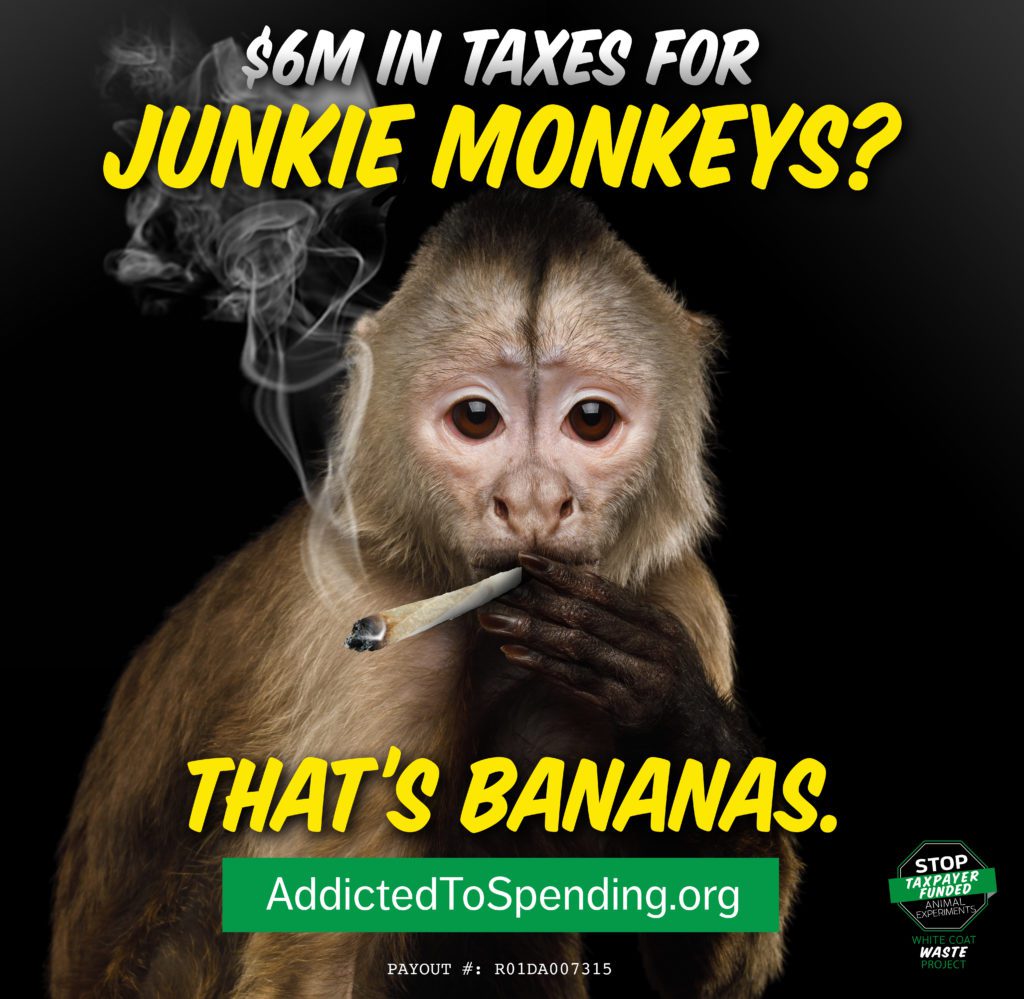 As first reported by the Washington Examiner, the Maryland Transit Administration (MTA) and City of Annapolis, Maryland have rejected a new WCW ad campaign lampooning an ongoing taxpayer-funded project for which the NIH has shipped over $6 million overseas to Great Britain for cocaine, heroin and alcohol addiction experiments on monkeys.

WCW sought to run the ad on dozens of buses and trains around Maryland, but the MTA denied the ad on unspecified grounds. The City of Annapolis also denied the ad, absurdly claiming that it specifically encourages kids to do drugs!  These are government agencies that must adhere to the First Amendment, and they are violating WCW’s free speech by refusing to run the ads.

This isn’t the first time the MTA has tried to unlawfully insulate government animal experimenters from criticism. Last year, WCW successfully sued the agency when it denied ads exposing the USDA’s kitten slaughterhouse. MTA ultimately ran the ads, and the experiments were shut down the next month because of WCW’s campaign.

Is this how you want your money spent? Tell Congress to defund the NIH’s junkie monkey madness!

This is absolutely evil and abhorrent.