While most of Washington is slowing down for the holiday season, Senator Rand Paul (R-KY) is escalating his war on waste as the national debt hits a record of $23 trillion.

Once again, The Waste Report takes a closer look at just some of what the federal government is doing with the American people’s hard-earned money… https://t.co/A9wFAApdnl

In the new edition of his Waste Report, Sen. Paul, who serves as Chairman of the government spending oversight committee, exposes how the U.S. National Institutes of Health (NIH) has spent over $700,000 to addict zebrafish to nicotine in wasteful experiments at a university in the United Kingdom. As Sen. Paul–a WCW Waste Warrior awardee—writes in his report, “Everybody agrees that nicotine addiction is a problem. But you have to be smoking something other than nicotine if you think the solution is to ship American tax dollars abroad to addict zebrafish to nicotine.” 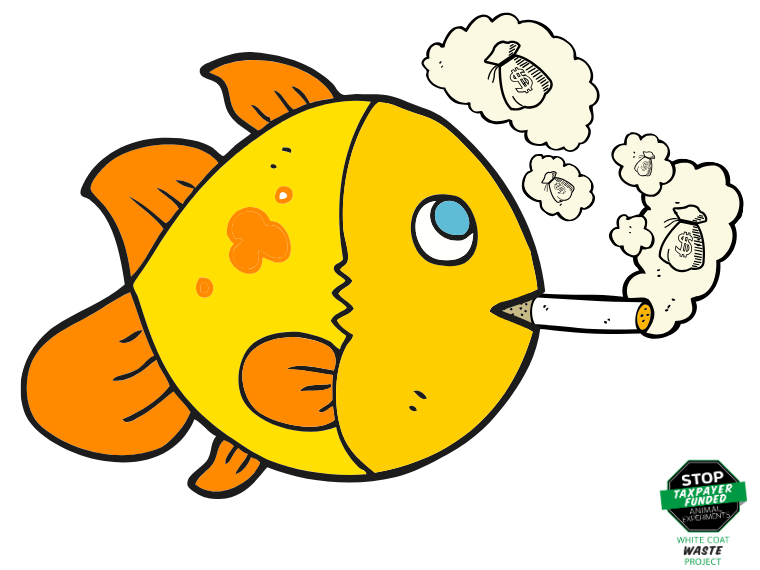 The federal government spent $700,000 in taxpayer dollars funding research about getting fish addicted to nicotine.

In the recent past, Sen. Paul (R-KY) has exposed billions in wasteful spending, including a nearly half-million-dollar taxpayer-funded grant to study frog mating calls, $75,691 wasted to blast lizards with high-powered leaf blowers and $874,503 squandered to study the sexual habits of quails on cocaine.

To help combat this problem, earlier this year Sen. Paul helped introduce the Cost Openness and Spending Transparency (COST) Act (S.807) to improve public disclosure about how taxpayer dollars are spent on animal experiments and other wasteful projects.

what else can be done to stop the killing and pain for these animals?
we need people to keep an eye on any one that has said they will stop… most of the time they just change tactics