White Coat Waste Project’s bipartisan event on Capitol Hill last night to promote Violet’s Law (aka the AFTER Act) proved once again that dogs are the great unifier. 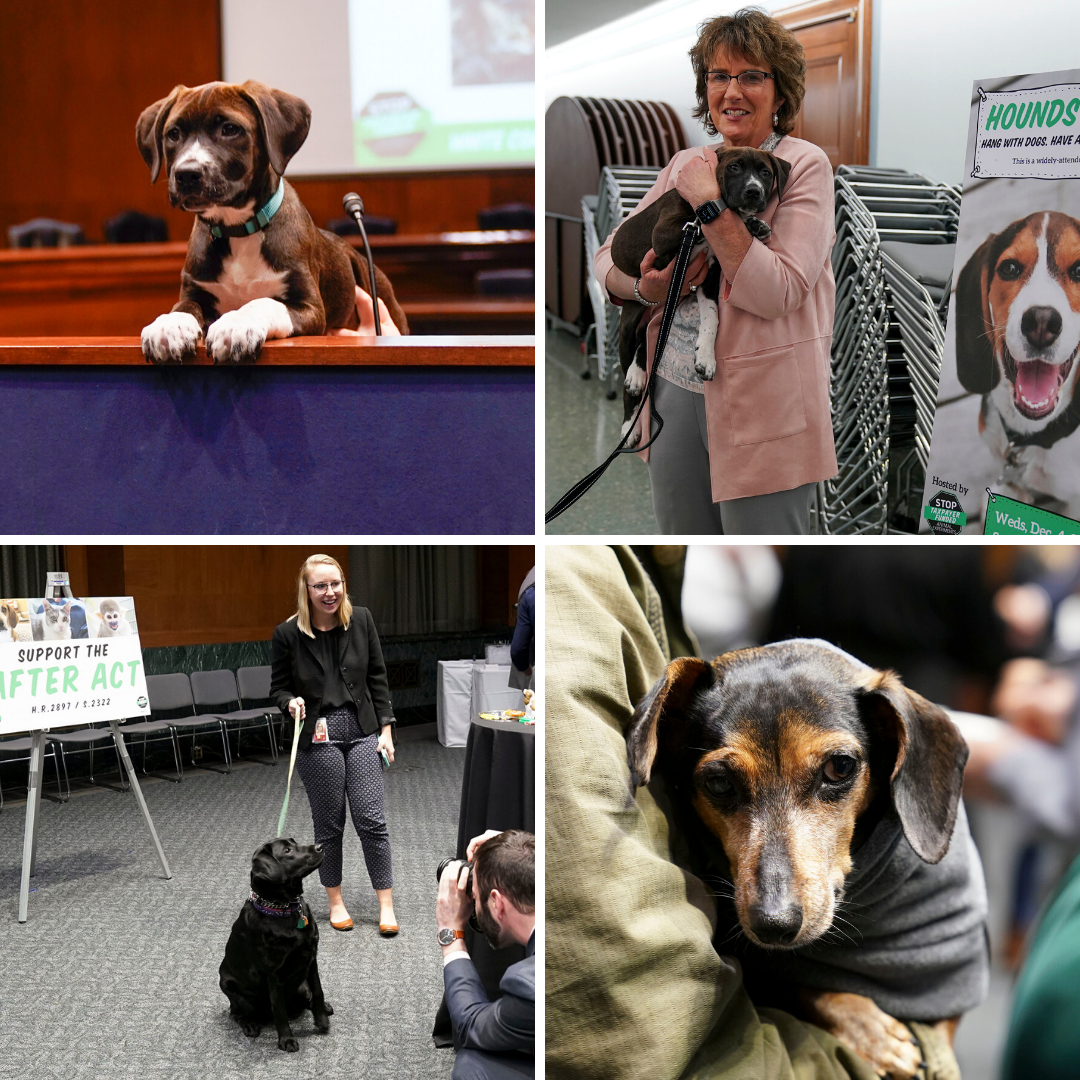 Rep. Walorski–whose congressional district is home to a sanctuary for primates retired from labs— delivered opening remarks in which she called her legislation, which requires federal labs to allow dogs, cats, primates and other animals to be retired when experiments end, a “Hoosier common sense bill.” 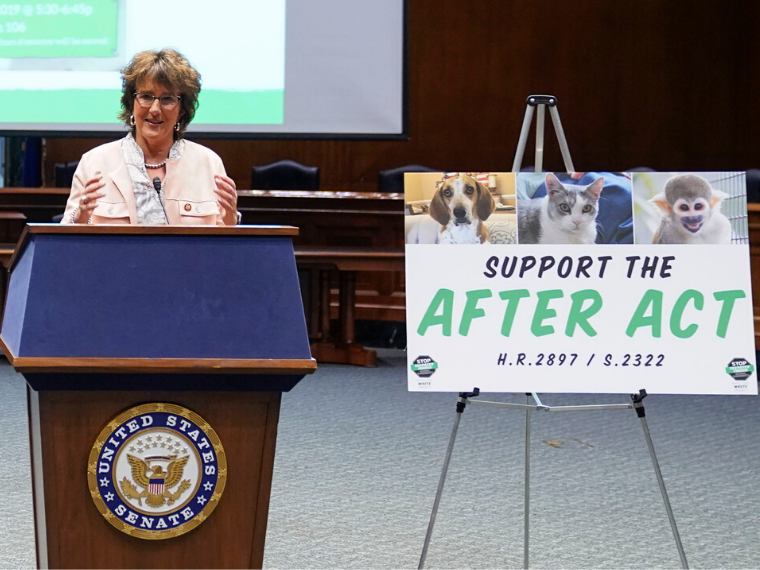 Rep. Jackie Walorski (R-IN)–co-lead of the AFTER Act–delivers opening remarks at WCW’s “Hounds on the Hill” event

Dozens of staffers from Republican and Democratic offices attended WCW’s dog-friendly event in the Senate to learn more about how they can support the AFTER Act and give animals in government labs a second chance. After all, taxpayers bought these animals and they want Uncle Sam to #GiveThemBack. 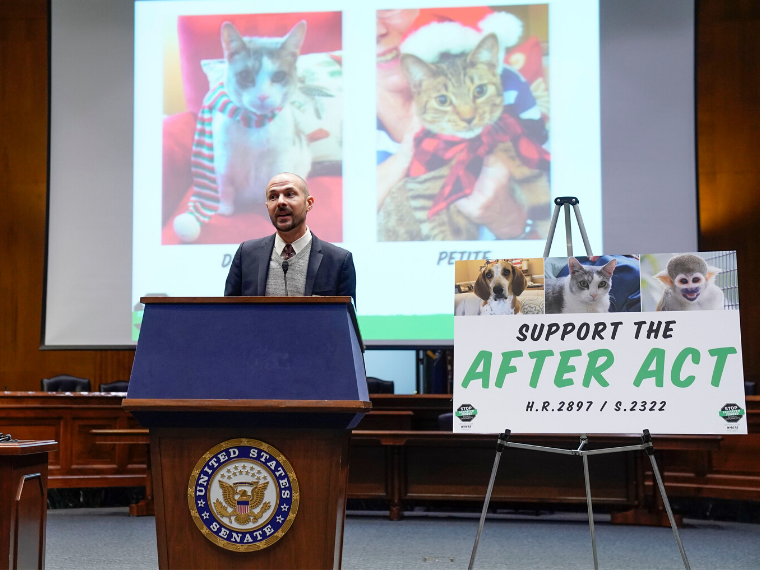 WCW VP Justin Goodman discusses the AFTER Act, and the progress made so far to retire animals from government labs.

WCW has convinced the National Institutes of Health and Department of Veterans Affairs to implement lab animal retirement policies, but more than 10 other agencies still have not. The AFTER Act would change that.

Blix is ready to answer a few questions from the press.

Tell Congress you support the AFTER Act and want to see animals retired from government labs!

animal should never be in the lab in the first place

No animal should be in a laboratory being used
In experiments. The ones that are should be immediately released to adoptive homes
Or reputable shelters.

We need to end Animal Testing all together. There is absolutely no need for any sentient being to be used for experiments! Zero!!! This is what is wrong in today’s world! No hearts or compassion anymore.