2019: A Banner Year for Animals and Taxpayers

Thanks to the tireless advocacy and generous support of White Coat Waste Project’s more than 2.5 million supporters, 2019 brought historic victories in our fight to end wasteful taxpayer-funded animal experiments. Here are our top wins to close out the decade: 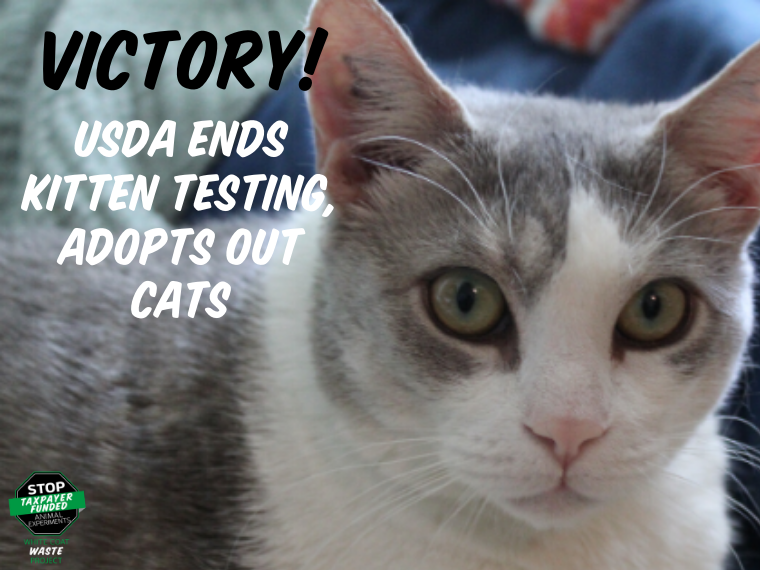 Following WCW’s exposé and year-long campaign against the U.S. Department of Agriculture’s “kitten slaughterhouse”–which fed cat and dog meat to kittens among other horrors–the USDA  shut down the project that wasted $22 million over 37 years and killed an estimated 3,000 healthy kittens. The surviving cats were adopted out and two of them, Petite and Delilah (pictured above), were able to visit the lawmakers that worked with WCW to end the experiments. 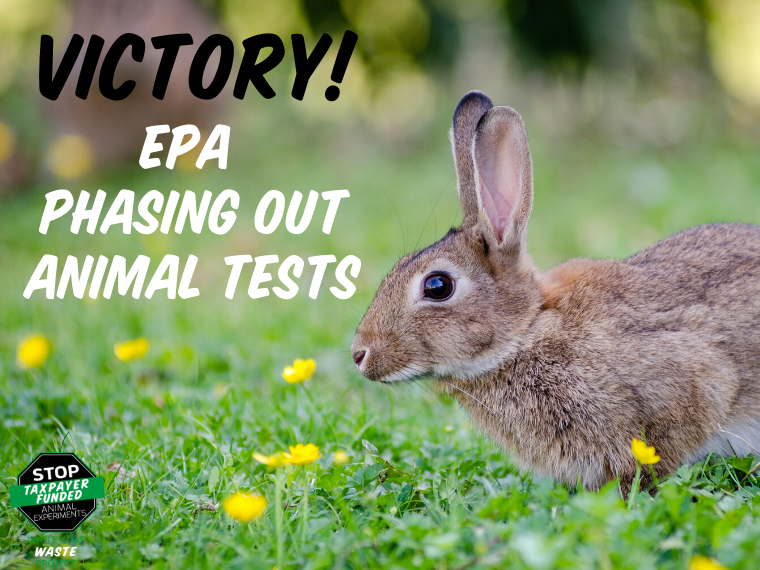 Following WCW’s “EPA Sucks” campaign, the Environmental Protection Agency (EPA) announced a historic plan to phase out all testing on mammals by 2035, with a major reduction by 2025.  This marks the first time a government agency set a hard deadline to end animal testing. WCW was the only organization that worked with Congress to enact legislation pushing the EPA to eliminate in-house animal testing, which is now a key part of the EPA’s new plan. 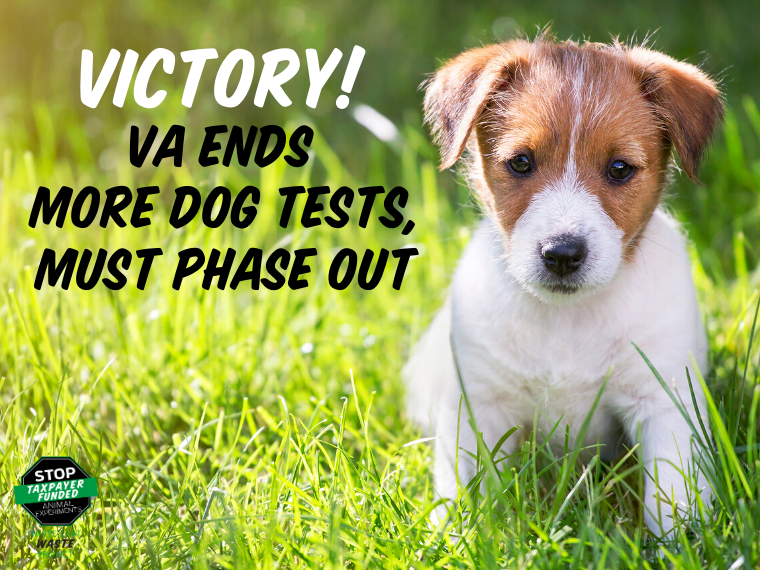 Since 2016, WCW has been working to end painful dog experiments at the Department of Veterans Affairs (VA), and 2019 found the tests “slow to a near end.” WCW’s “Prisoners of Waste” campaign compelled VA labs in Milwaukee and Cleveland to stop their dog experiments, and the VA discontinued its “maximum pain” tests on dogs, marking the end of the government’s most painful dog tests. Following lobbying by WCW, Congress also enacted legislation directing the VA to phase-out dog, cat and primate testing by 2025, marking the first time Congress has set a hard deadline for the reduction of animal tests. 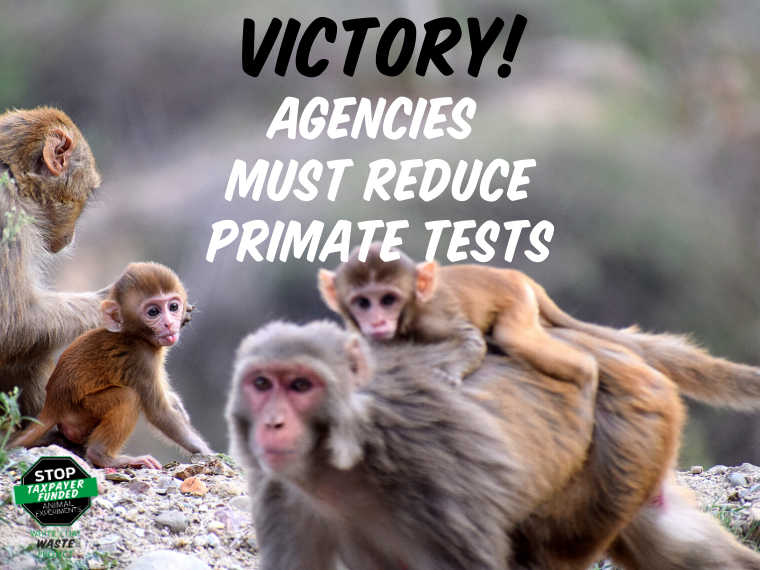 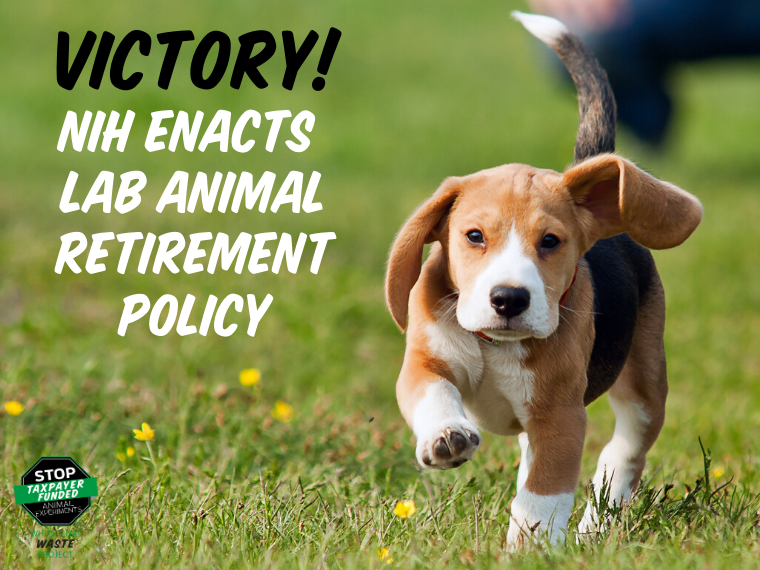 Following pressure from over 1 million WCW advocates supporting our #GiveThemBack campaign and action from key lawmakers, the NIH–the nation’s top funder of animal testing–enacted a policy allowing the retirement of many animals when experiments are shut down, or otherwise end. The AFTER Act (also known as Violet’s Law) will strengthen the NIH’s policy and ensure all agencies have one as well. 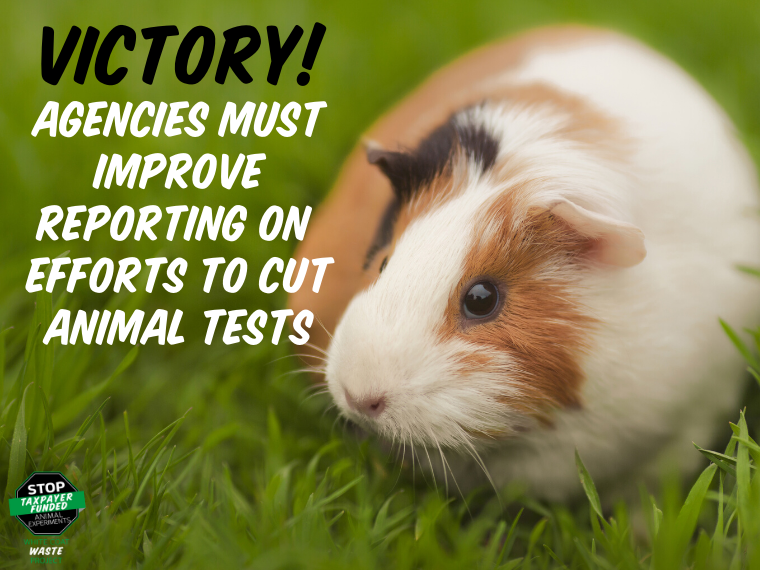 A new federal audit prompted by WCW’s 2016 “Spending to Death” report confirmed concerns raised by WCW and Congress that federal agencies are not being transparent about efforts to reduce wasteful animal tests. The Government Accountability Office directed agencies to develop a system to track progress toward reducing and replacing federal animal tests with more efficient and effective alternatives.

Of course, these victories are in addition to our ongoing and forthcoming campaigns to expose and end all government animal tests.

Thank you to our 2-million-plus supporters who signed petitions, contacted Congress, spoke out on social media and generously donated. None of this historic progress to cut taxpayer-funded animal experiments would have been possible with you! 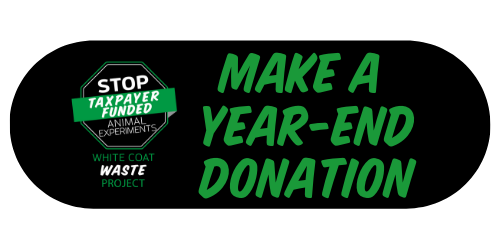 Can more be done in regards to the VA dog/cat/primate testing phase out to shorten the 2025 deadline. These long lead times give to much time for opponents to dismantle these deadlines. I would think a year 2022 (18 month) deadline would be much better to prevent this vulnerable & generous 2025 deadline from being overturned. The Trump administration has demonstrated their ability to move fast and decisively at overturning fragile legislation with little or no proven track record to defend. Why should more animals suffer for another 5 years when it could be stopped immediately.

Yes, 2035 and even 2025 is too long. Why in the world do they need that much time to end it all? Stop everything and send them to a sanctuary. There’s no reason MORE animals should have to suffer, or those already suffering need to endure more. Make it stop now! Please help stop the pain!!!

The TESTING and MUTILATION CAN BE STOPPED IMMEDIATELY!!!! It doesn’t take 5 years to STOP THE SUFFERING.

What kind of “human” can apply a test on innocent animals and stand there look at their eyes while they cry, scream and suffer from pain, any animal. My heart is so broken and nerves shattered. Shame to this world and humans.