The Department of Justice spends your tax dollars to stab, shoot, burn, and dismember live animals…and they don’t want you to know the details. 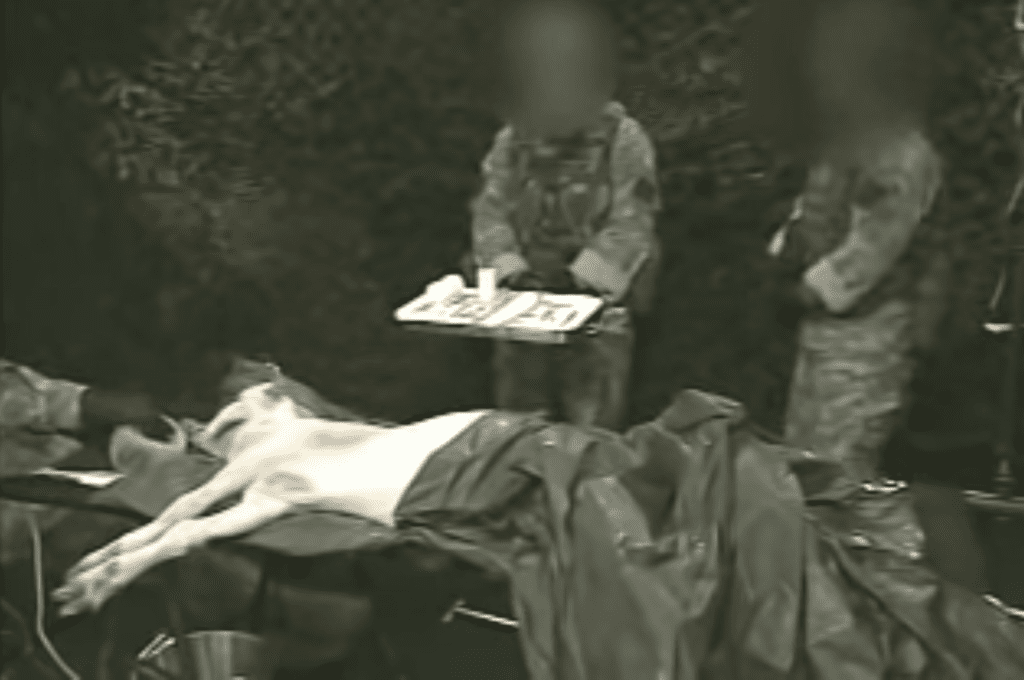 As VegNews reports: That’s why we’ve filed a new lawsuit to compel the DOJ to provide records relating to the agency’s “live tissue training”—in which pigs, goats, and sometimes even dogs are purposely and violently inflicted with traumatic injuries for cruel and wasteful medical training exercises. This includes cutting off animals’ limbs to simulate traumatic injuries.

Taxpayer watchdog group @WhiteCoatWaste filed a #FreedomofInformationAct lawsuit against the US #DepartmentofJustice for withholding documents related to its stabbing, shooting, and burning of live pigs, goats, and dogs in medical training drills. https://t.co/VDSrKYjpXi

Many animals die during the crude “training.” Even those who survive, are killed at the end. 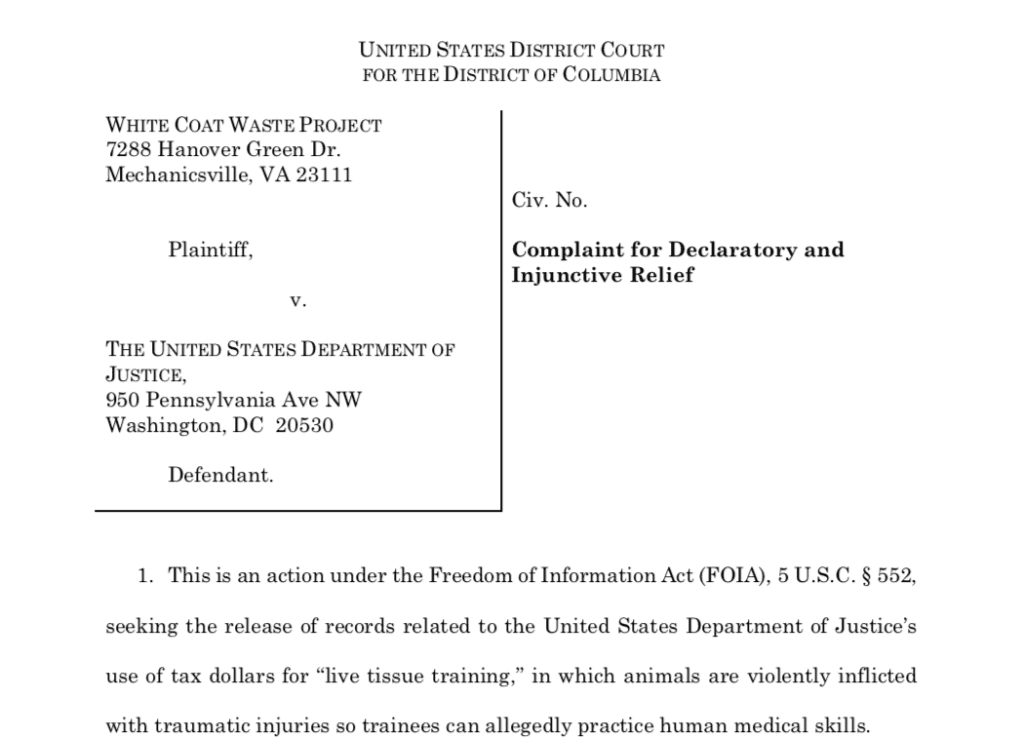 We filed a lawsuit against the Department of Justice for hiding documents relating to the agency’s “live tissue training” in violation of federal government transparency laws.

Last year, a White Coat Waste Project investigation revealed that the Federal Bureau of Investigation and U.S. Marshals Service—both housed within the DOJ—wasted $120,000 on contracts for live tissue training even though more effective and cost-efficient human simulators are readily available to teach emergency medical skills.

“The federal government’s own studies show that human simulators are more effective and economical than these outdated animal labs,” writes board-certified physician Dr. Steven Kaufman, a WCW advisor. “But, you don’t need a medical degree to appreciate that practicing on human anatomy instead of animals will make personnel better equipped to treat human injuries.” 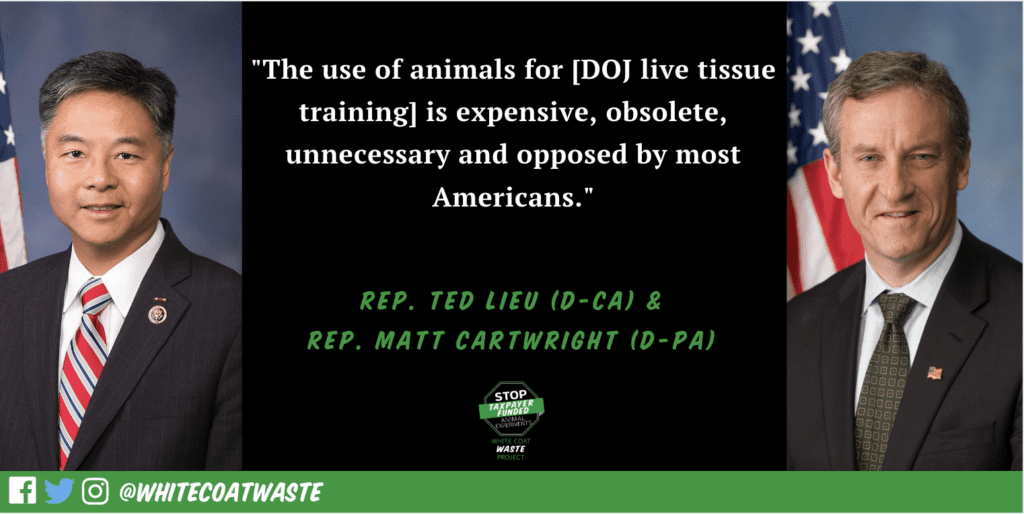 We filed this lawsuit—you can read the complaint here—because the DOJ has failed to meet its legal obligation, choosing instead to hide the details of its pointless animal torture from the taxpayers who are forced to pay for it! We’re represented in this case by the Law Office of Matthew Strugar.

While our lawsuit and investigation continue, you can help by signing our petition calling on the DOJ to stop wasteful and deadly live tissue training on animals.

This is unacceptable and must be stoped.

I hope this lawsuit finally stops this insanity!!!!

This MUST Stop NOW!!

This is so cruel, needs to STOP!!!

All living things deserve to be treated with respect! Stop this treatment.

It’s not even about the tax payers dollars, its about a needless, barbaric, cruel and criminal acts these mosters are perpetuating and justifying. Its all bullshit!!! There are other ways to experiment without using animals. Karma to any of you sick, twisted idiots who believe you’re an asset to society!

STOP THIS BARBARIC CRUELTY NOW, NO MORE TORTURE, WASTING TAX PAYERS MONEY SO A BUNCH OF SADISTS COULD TORTURE THESE POOR INNOCENT ANIMALS, STOP THIS NOW💩💩💩💩☠️☠️☠️☠️😤😤😤😤😤😤🤬🤬🤬🤬

Kills me to know what you are doing with tax dollars. I just wish mankind could make the world better without abuse, cruelty and greed. Can mankind even grasp the concept?

These DOJ “live tissue training” program must be in reality an agency “slush fund” mechanism. A continued unevolved practice of an irrelevant and poorly correlated medical exercise is beyond just deficient or inattentive design. Obfuscating the program invoices & non-disclosure agreements from the public record is very condemnatory. With all the new emergency spending packages ($3 trillion) the fraud & waste for Covid-19 research is going to jump exponentially. The timing of this lawsuit is vital to check this new tidal wave of federal waste approaching.

Unnecessary cruel, and at times death-inducing.

You bastards are sick.

Another great post from you, all helpful in filling my brain up with
helpful information. I have also taken the time to share it on Facebook :
)