“Being a bystander to suffering is not an option.”

So it should be no surprise that Jim is the inaugural recipient of White Coat Waste Project’s new Policy Pioneer Award.

This brand-new honor recognizes visionaries in advocacy and public policy who’ve made historic contributions to ending taxpayer-funded animal experimentation. Jim Greenbaum, a special friend to WCW, taxpayers, and animals in labs, meets the criteria for lifetime achievement… and then some.


“I try to find the areas with the most suffering and the most need where the mainstream groups aren’t working where I can make the most difference. And those are the organizations I work with.” – Jim Greenbaum
AMEN. Jim’s perspective made, and makes, us a perfect match.

Like all of us at WCW, Jim was frustrated by the lack of progress with mainstream efforts to solve the age-old animal testing problem. For decades, public opinion had shifted increasingly against animal experimentation; a ripe opportunity for change. But at the same time, lab animal deaths kept rising; a track record of failure. Jim felt there had to be a better way.

That’s when our paths crossed in the summer of 2013. I was speaking at a conference proposing a groundbreaking new approach and message: taxpayers shouldn’t be forced to pay for wasteful government animal experiments.

At $20 billion annually, the U.S. government funds most of the world’s animal testing—more than twice as much as all pharmaceutical companies and private industry combined.

Yet, when I met Jim, there wasn’t a single group focused on taxpayer-funded animal testing and its root cause: wasteful government spending. 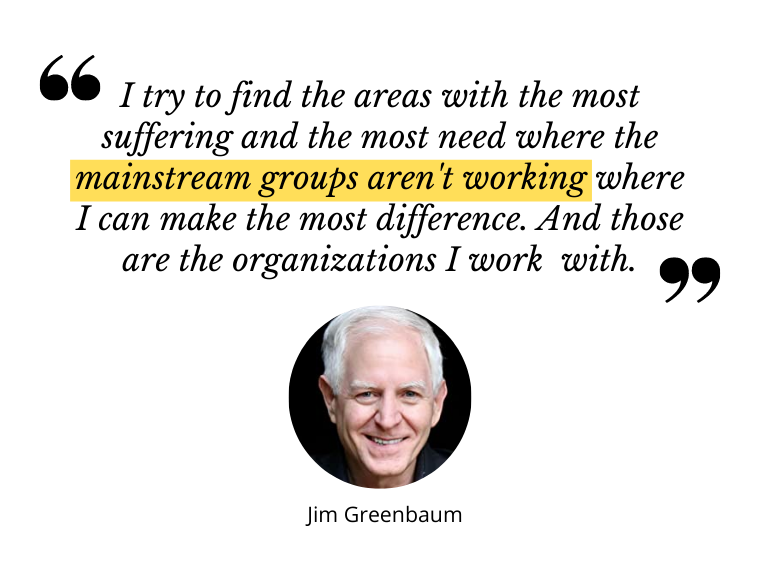 Jim’s entrepreneurial mind saw an opening in the marketplace. More importantly, he realized the establishment playbook needed to be junked. Most mainstream organizations were still prioritizing “one-at-a-time” efforts: individual lab rescues, protesting random college professors, and beating up drug makers (who are forced to test on animals) and cosmetic companies (which largely aren’t even testing in the United States anymore).

Well-intentioned efforts, but largely ineffective. Animal experimentation is like the Hydra in Greek mythology—if you cut off one of its heads, the monster grows two more. Close down one college dog lab, the government just doles out grants for two more university programs.

WCW’s big idea was to stop chasing the symptom (i.e. animal cruelty) and start chasing the disease (i.e. spending). And I had a new playbook in mind to do it: find, expose, and defund the waste, then set precedents where it really matters (i.e. federal government agencies).

After my PowerPoint presentation concluded, Jim ran up to the podium, grinning ear-to-ear, and said, “This is the idea I’ve been looking for! How do we get it going now?!” 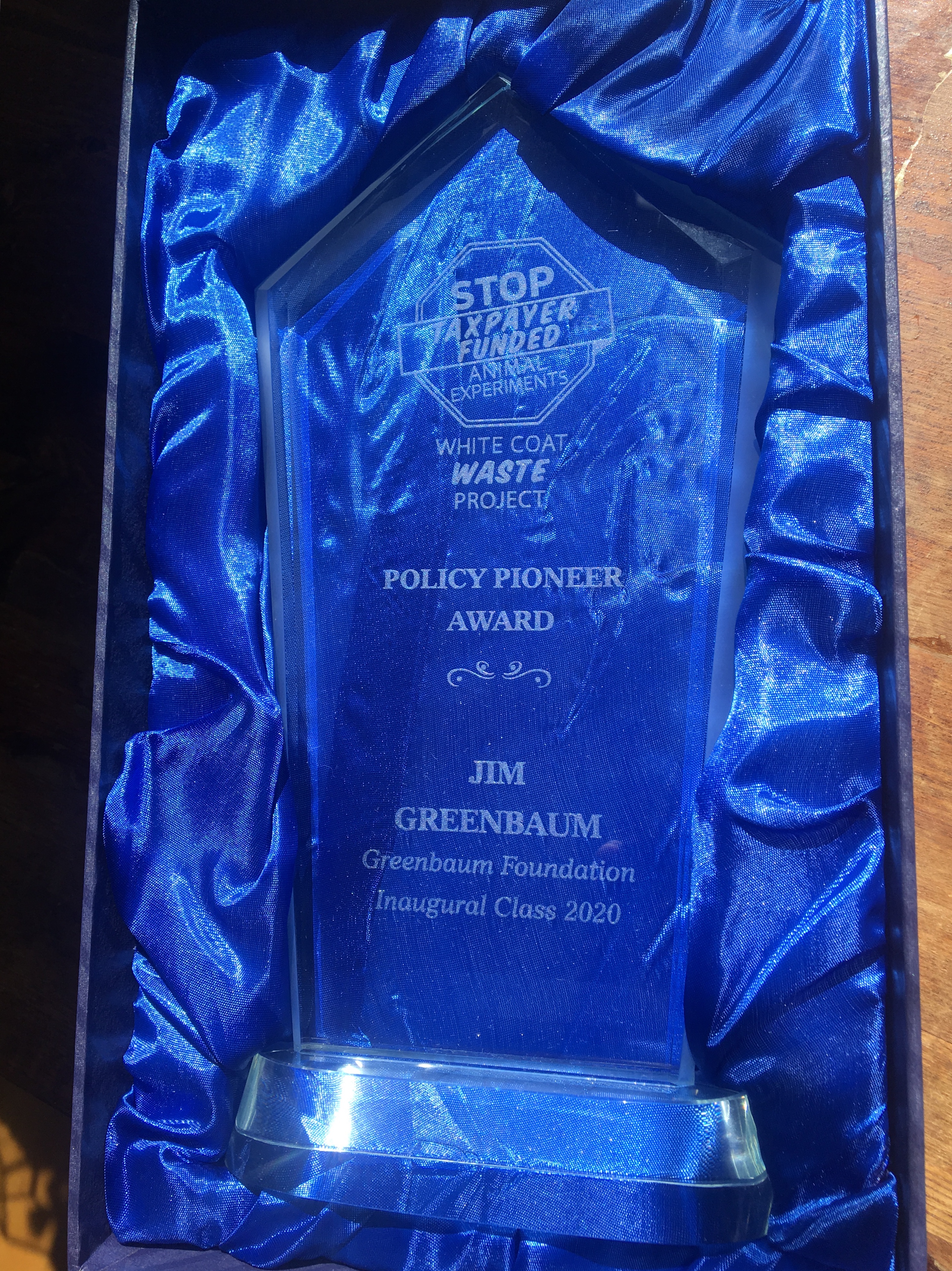 A revolutionary partnership was born that day.

Jim Greenbaum is the “Funding Father” of WCW. None of these accomplishments would have happened without his big bet on this important and neglected public policy work. Jim’s pioneering vision has changed the way 21st century audiences look at a 150-year-old “anti-vivisection” issue. He’s saved lives… and changed the world.

And it’s just the beginning. In addition to making Jim the inaugural recipient, we’re naming the award in his honor as The Greenbaum Policy Pioneer Awards.

Jim’s tremendous legacy will live on through what will be, going forward, a special honoree who follows in Jim’s footsteps, earns a Cooperstown-worthy achievement… and refuses to be an innocent bystander.

Congratulations and thank you, again and again, to Jim Greenbaum, for your vision, your Hall of Fame level accomplishments, and your commitment to ending taxpayer-funded animal experiments.

You should be very proud.

Proof that systemic & institutionalized animal cruelty can be stopped and the public are not helpless bystanders to such unjust actions of government or industry. WCW has restarted the national civic engagement movement of our democratic society with modest yet highly effective resources. Decades of public apathy is being reversed by a very small dedicated group promoting creative open democracy. The more partnerships with progressive & highly effective outcomes will create a critical mass for sustainable reform of animal rights.

There is no need for animal experiments any more let treat these animals as loving sentient stop all snimal.experents no

Congratulations Jim and WCW for this revolutionary work in the true spirit of ubuntu.