Not long ago, White Coat Waste Project took the Environmental Protection Agency to task for its cruel, wasteful, expensive, and outdated animal testing… with American taxpayers forced to pick up the tab for the 20,000 animals annually who were made to eat lard and then inhale diesel exhaust and smog at the hands of EPA white coats.

How did we get from very bad there, to very very good here?

We’re so glad you asked!

From WCW’s exposés into the EPA’s shocking animal testing regime, to WCW honoring Administrator Wheeler…the story of this incredible transformation shows the power of WCW’s astoundingly successful three-part strategy, if we do say so ourselves.

Find the waste: Let’s go back in time a bit, shall we. Two years ago, White Coat Waste Project uncovered evidence that the Environmental Protection Agency was using 20,000 rabbits, mice, and other animals each year in wasteful, cruel, expensive experiments. 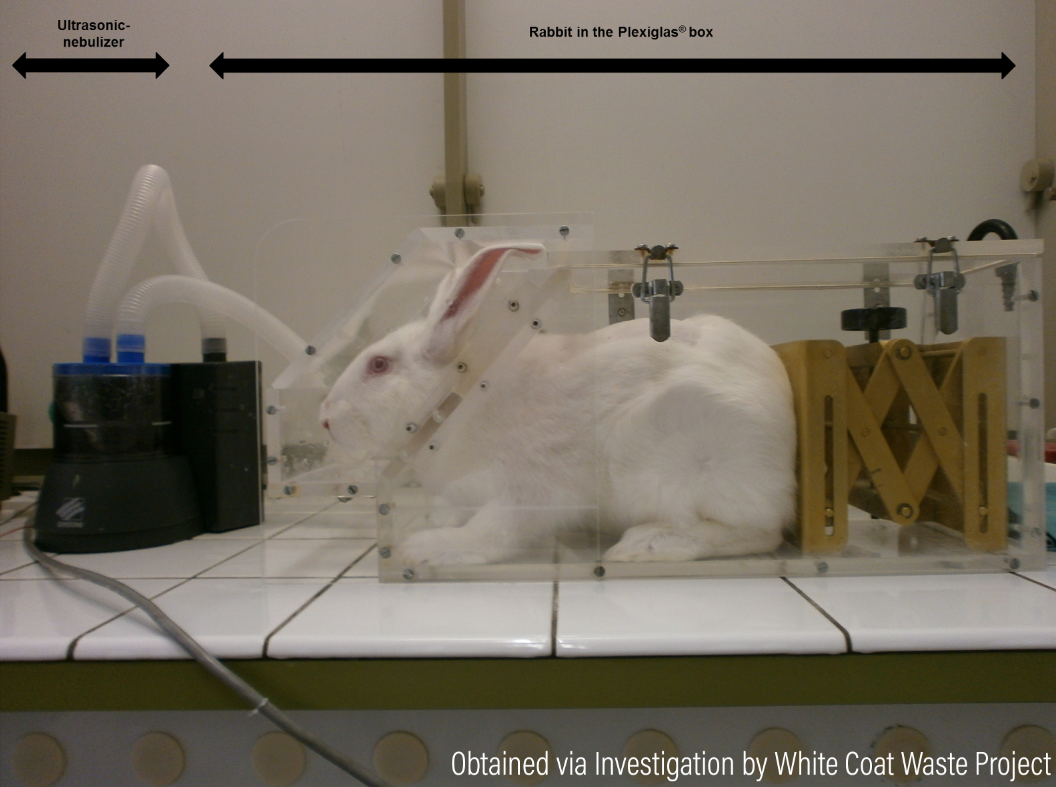 Expose the waste: We launched a full-scale campaign so the public would be aware of the sickening & wasteful ways our money was being spent by the EPA to abuse animals.

The story quickly spread like wildfire, picked up by The Daily Caller and Drudge Report, among others.

We brought the message to the EPA’s doorstep with this hard-hitting billboard on a busy highway near the agency’s main animal testing lab in North Carolina.

WCW often puts up billboards to make sure that taxpayers know about the animal abuse happening in their community, on their dime. Check out the two billboards we recently put up near the Cleveland VA.

And launched EPASucks.org, an online advocacy campaign asking Americans to write then-EPA Administrator Scott Pruitt and Congress and urge them to cut funding for the wasteful, ineffective, costly animal tests… which polling showed are opposed by a supermajority of taxpayers.

That led to a bipartisan coalition of lawmakers holding the EPA accountable for torturing animals in useless experiments.

In a pointed letter to Andrew Wheeler, who was then the Acting EPA Administrator, Representatives Gaetz, Scott Perry (R-PA), Dan Donovan (R-NY), David Cicilline (D-RI), Steve Cohen (D-TN), and Brendan Boyle (D-PA) wrote to express their concern “about reports that the EPA’s National Health and Environmental Effects Research Laboratory (NHEERL) is using an estimated 20,000 animals each year for questionable testing.”

In a statement, Rep. Gaetz called the testing “horrific and inhumane.”

The @EPA wasteful spending on misleading and bizarre animal testing is out of control. The American people’s #taxdollars should not be spent on torturing animals: forcing them to eat lard, electro-shocking them, and pumping truck exhaust into their noses. https://t.co/igqGslu1ri

The letter coincided with the House of Representatives voting to urge the EPA to reduce in-house animal tests, following discussions with WCW, with legislation signed into law as part of the EPA’s 2019 federal spending bill.

Defund the waste: We did it. We did it!

In September 2019, about a year after WCW launched our campaign, our VP Justin Goodman was an invited speaker at the signing ceremony where the EPA announced the most comprehensive plan in U.S. government history to completely end animal testing exposed by WCW.

Today I called on major reductions in animal testing at EPA, including a 30% reduction by 2025 in mammal study requests & funding, & near elimination by 2035. Additionally, EPA is awarding $4.25M to advance the R&D of alternative methods to animal testing. https://t.co/FwYI7x6G39 pic.twitter.com/AwM0MWjaWb

Then about a year after announcing the planned phase-out, Administrator Wheeler delivered the roadmap for how the agency is going to do it.

Not stopping there, last week, Wheeler’s EPA announced a proposal to end the burdensome and needless requirement for painful and deadly LD50 tests on rabbits. “LD50” refers to the lethal dose of a chemical at which 50 percent of animals in a study are killed. The test was first developed in 1927, and has been routinely used in toxicity studies since despite being inhumane, expensive, and inaccurate.

And, just to show how far we’ve come together…

The EPA just wrapped up its second annual conference on alternatives to animal testing this week—which is remarkable in and of itself. We are especially proud that included in the agency’s media statement about the conference, is this quote from WCW president and founder Anthony Bellotti:

“Under Administrator Andrew Wheeler’s visionary leadership, the EPA has made history with its bold plan to end animal testing and its ongoing efforts–including this conference series–to aggressively implement this policy change to benefit animals, taxpayers, industry and the environment. For these outstanding efforts to cut wasteful and cruel animal testing, we were proud to recently honor Administrator Wheeler with our first-ever Greenbaum Policy Pioneer Award.”

Anthony’s quote was included in Indiana publication the City-County Observer’s piece about the conference, too!

So where do we go from here?

I want to adopt a few surviving animals and give them a happy home!!