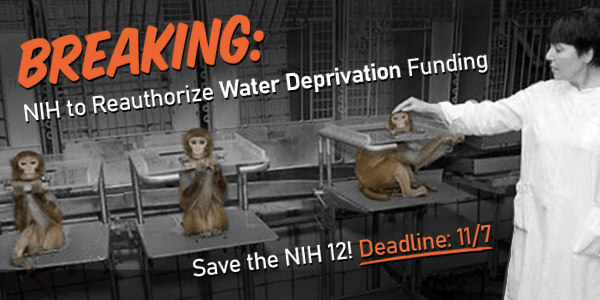 UPDATE December 30, 2020:As a result of our investigations, Congress has directed the NIH to commission an independent study by the National Academies of the NIH’s intramural primate testing and how modern alternatives can reduce their use. This direction is in the NIH’s 2021 funding bill (see page 69). You can read more about this and other WCW wins for animals and taxpayers in the government’s 2021 funding bill in our new blog!

A new White Coat Waste Project investigation has revealed that the National Institutes of Health has squandered more than $11 million of your tax dollars for punishing primate experiments—and plans to buy and abuse more monkeys starting in November.

Here’s an actual photo of what they did to a monkey named Buster that WCW obtained through a Freedom of Information Act request: 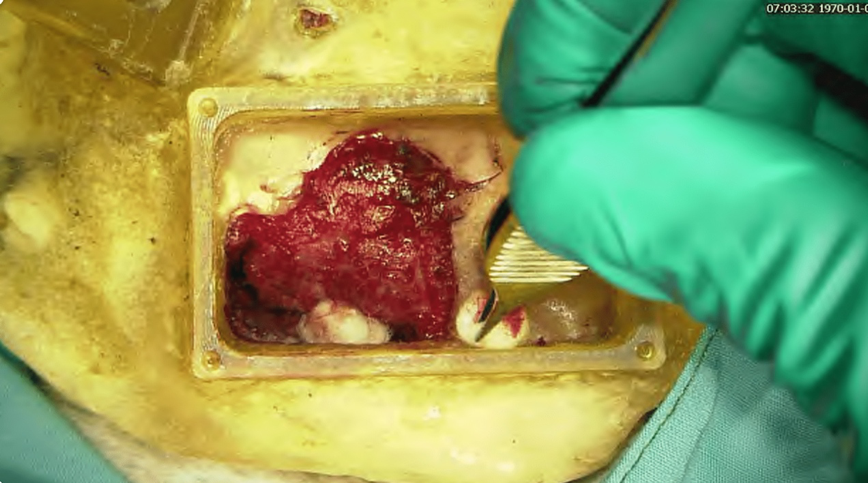 Photo of invasive brain surgery on a monkey named Buster in a taxpayer-funded NIH lab. Obtained by WCW via the Freedom of Information Act.

Government white coats sliced open Buster’s skull, screwed a rod into his head so he could be immobilized during experiments, and injected drugs into his brain to damage the tissue and disrupt his eye movements. They then withheld water so that Buster was so thirsty he would cooperate in these invasive brain experiments where he was locked in a restraint device and forced to stare at a screen and control a joystick.

And then once Buster was no longer of use to his abusers he—like all 12 monkeys from this experiment, who entered this lab and didn’t leave—was killed. 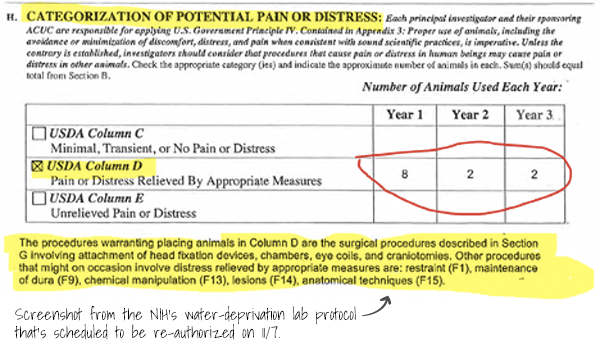 Here’s the worst part: This is far from the only egregiously cruel and wasteful taxpayer-funded primate experiment the NIH has spent your money on.

Earlier this year, we first exposed the NIH’s shocking Fear Factory lab, which is housed at the very same facility where Buster was killed. Here, NIH white coats have wasted over $50 million on wasteful and bizarre psychological experiments in which monkeys are given brain damage and tormented with fake snakes and spiders to measure their fear response.

We also discovered and worked with Congress to expose how the NIH’s use of primates in maximum pain tests has increased by a shocking 370 percent in recent years. 370 percent! Even though medical and scientific experts report that the tests are useless and wasteful! 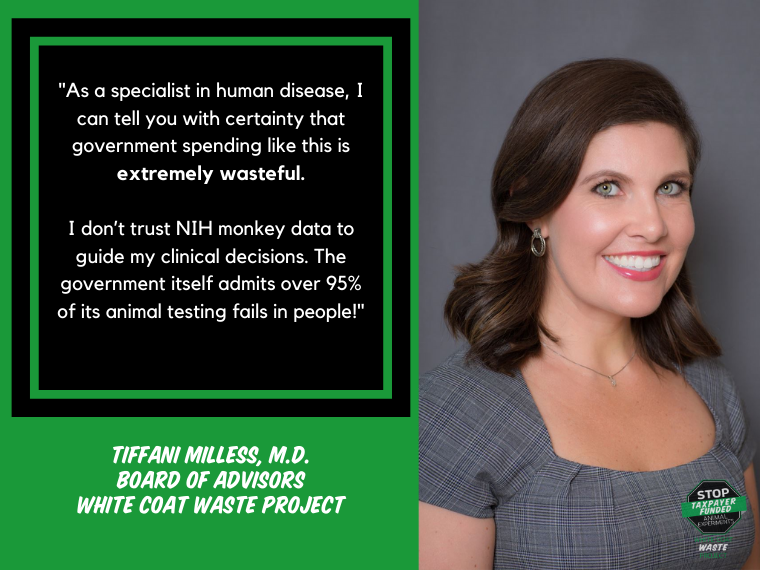 So, here’s the question: Does this sound like a good use of taxpayer money to YOU?!

If your answer is OBVIOUSLY HECK NO we are happy to say you are in very good and crowded company.

Sixty-two percent of respondents said they want Congress to reduce the amount of your money given to the agency for experiments on primates, like those that intentionally inflict brain damage and frighten them.

This includes 69 percent of Republicans, 63 percent of Democrats, and 55 percent of independents. Just 20 percent of respondents said they oppose Congress putting an end to taxpayer funding of primate torture at the NIH’s hands. 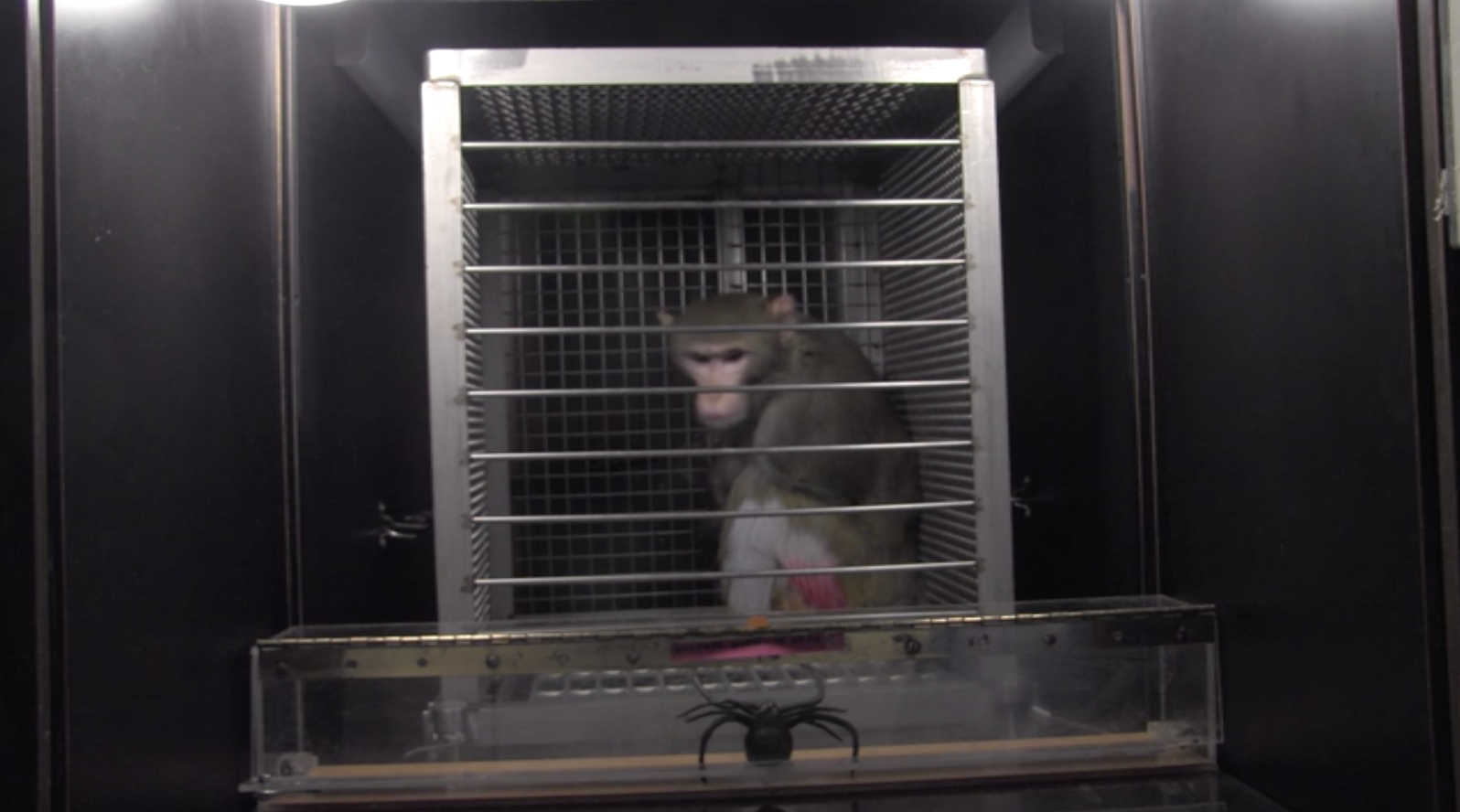 This monkey is being tormented with a rubber spider inside the NIH’s Fear Factory lab exposed by a WCW lawsuit.

So here’s the good news. (We love giving you good news!) Congress is listening to what taxpayers like you want, and taking action.

After years of pressure from White Coat Waste Project and our 2 million members, this summer the House of Representatives passed WCW-backed legislation telling the NIH to spell out a plan for reducing its taxpayer-funded experiments on thousands of primates by 2025.

Now the bill goes to the Senate. We will keep you posted on developments.

Meanwhile, you can help end the cruel, painful, deadly, wasteful taxpayer-funded experiments like the one that took Buster’s brain, body, and life.

Please take a moment to sign our petition urging the U.S. government to cut funding for ALL primate experiments.

STOP these cruel experiments now! This is an embarrassment to the scientific and medical community which I am part of. We owe it to these animals and the public to do so much better!!!

If we as a society, don’t value all life, then what do we value?

Life is everything of value to that individual animal. Human life is no more valuable than any other species’ life. Life itself is the very thing that all species of animals share equally. However humans have the unique animal trait of reasoning which allows us see the injustice and cruelty of nature, therefore humans have a special obligation to protect all species from injustice & cruelty. Exploitation of life is to devalue all life. Without life there is no value.