We have some big news for you in our fight to cut FDA red tape: Following our campaign and an outpouring of support from our grassroots taxpayer advocates, a bipartisan coalition of lawmakers has just introduced WCW-backed legislation to give drug companies the freedom to avoid the Food and Drug Administration’s cruel, pointless, expensive, and harmful dog testing mandate. 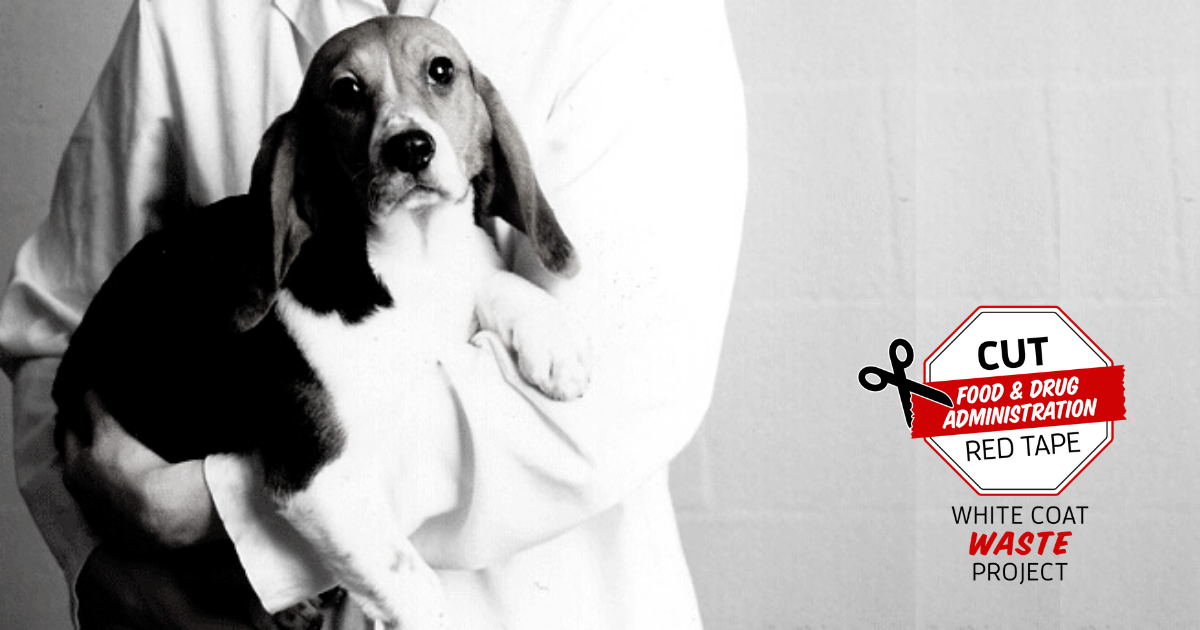 That’s right, we now on our way to doing away with this seriously outdated red tape with no basis in science, that causes major harm to taxpayers, businesses… and of course thousands of puppies.

Current FDA requirements mandate that drug companies must use animal testing in drugs.https://t.co/kHOfYIket3

You may recall that all three were among a group of 18 bipartisan lawmakers who sent a letter to the FDA this summer criticizing its dog testing mandate. 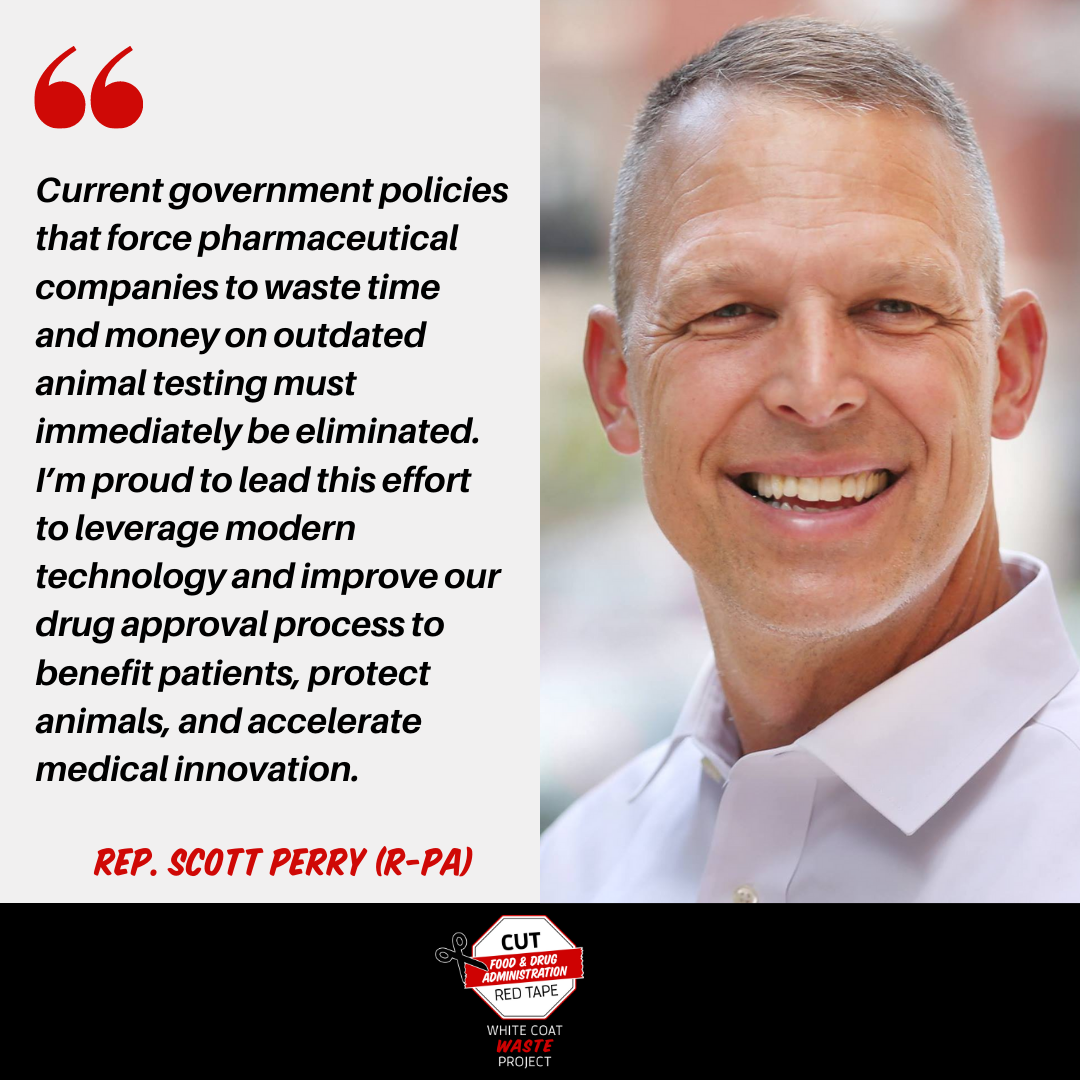 It’s a very cute name for a very important bill that would explicitly allow drug makers to use high-tech alternatives to painful and deadly testing on puppies and other animals to demonstrate the safety and effectiveness of new drugs.

“Testing human drugs on dogs and other animals is inhumane, inefficient, and inaccurate,” said @RepDean, a co-sponsor of the bill. https://t.co/vxM4UAHz1Y

Indeed, now, the FDA abuses its authority by forcing drug companies to spend millions to make puppies as young as a week old to swallow and inhale experimental drugs every day for as long as a year, and then needlessly kill and dissect the young dogs. Often, no pain relief is provided. 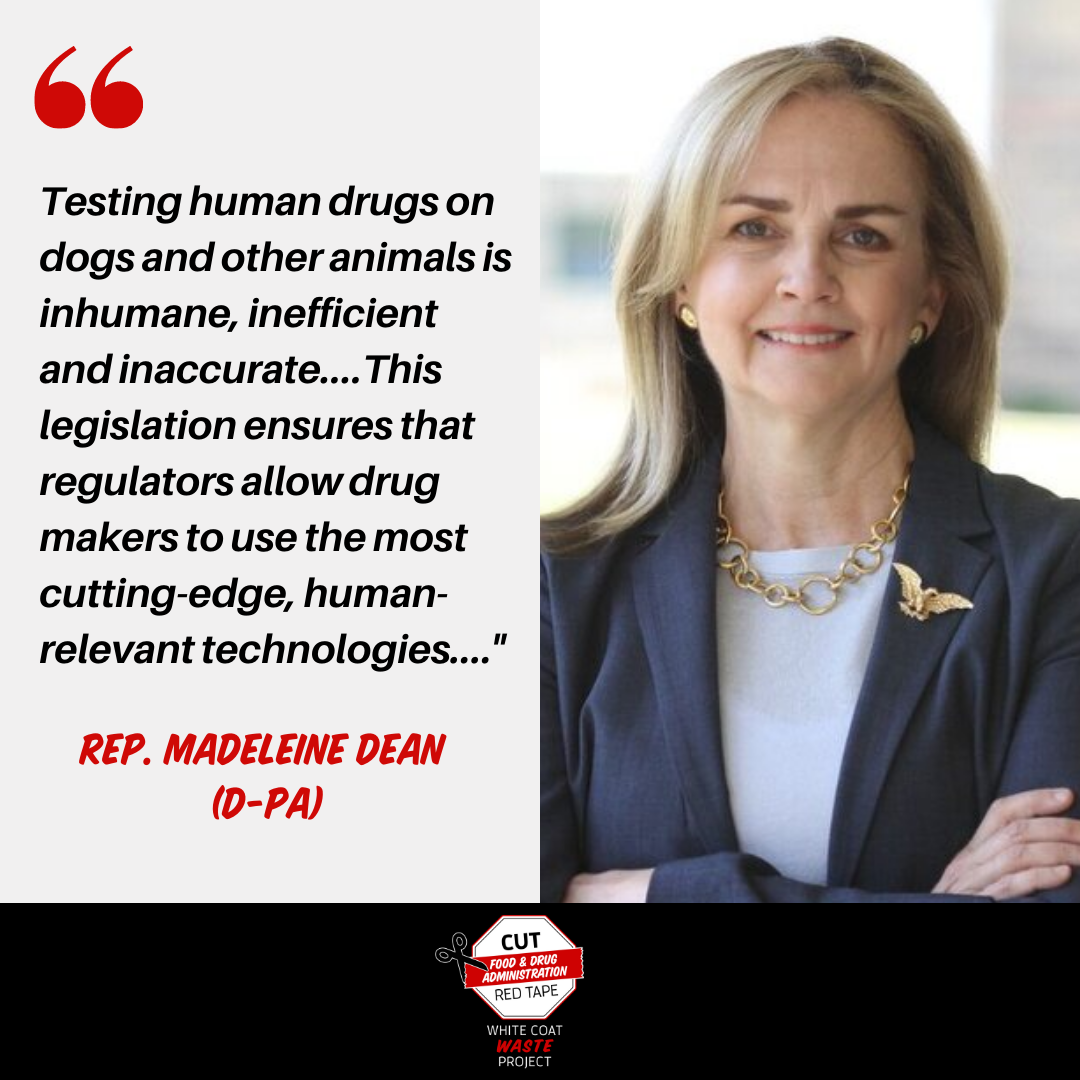 About 20,000 puppies a year are killed for no reason other than to satisfy the government bureaucrats’ demands. And that’s even though these animal tests are not just expensive and extremely cruel—but, with a more than 90 percent failure rate, also completely crash and burn in their stated purpose of discerning which drugs are safe and effective, and which are not. That’s according to doctors, economists and even the government’s own scientists!

Mihael H. Polymeropoulos, M.D., President and CEO of Vanda Pharmaceuticals, knows all too well exactly how harmful this red tape is. The forward-looking company had successful human trials of a drug indefinitely suspended by the FDA because it refused to spend $750,000 to force feed puppies the drug every day for nine months and then kill and dissect them. The drug, tradipitant, now shows promise as a COVID-19 treatment, and might have been available for use without the FDA’s rigid and pointless adherence to its dog testing mandate. 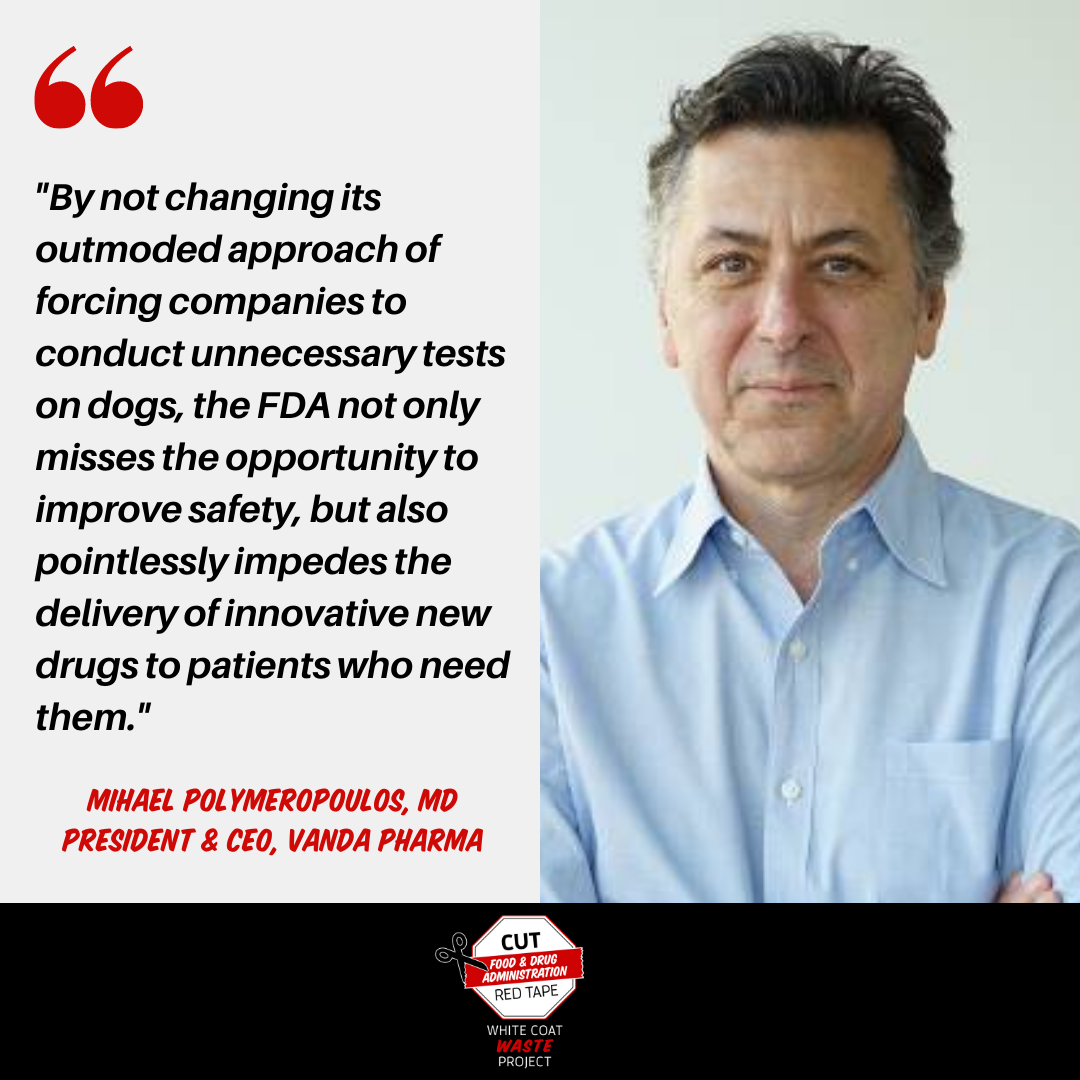 That’s why, as WCW VP Justin Goodman says, the AARF Act is so important:

“We applaud Reps. Brendan Boyle, Scott Perry and Madeleine Dean for introducing the AARF Act to save dogs and other animals from wasteful and cruel government-mandated experiments, allow drug makers to avoid needless animal testing red tape, and get consumers safe drugs more quickly and inexpensively, a call with particular urgency during the COVID-19 pandemic.”

This measure is popular (you might even say pup-ular) too on both sides of the aisle. 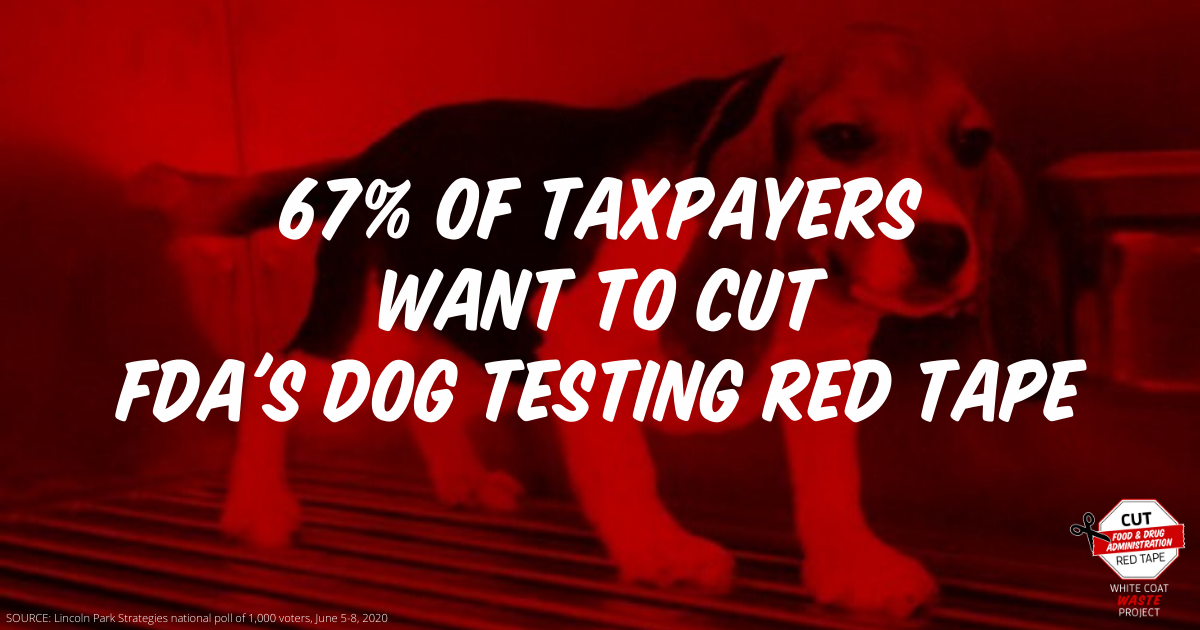 The AARF Act’s introduction builds on grassroots and Congressional momentum that’s been growing like crazy, following the launch of our campaign.

Thank you to Reps. Brendan Boyle (D-PA), Scott Perry (R-PA), and Madeleine Dean (D-PA) for your outstanding leadership putting an end to the FDA’s burdensome and outdated dog testing mandate.

We are feeling pretty darn pup-timistic that the AARF Act has legs, given that this regulatory reform is urgently needed, will help taxpayers, businesses, and dogs, and has broad bipartisan support.

We will keep you updated on any new developments, as we usher the bill through the legislative process.

You can help! Please join our Cut FDA Red Tape coalition by signing our action alert to tell lawmakers to cut FDA red tape to spare dogs, stop waste, and save lives!

The AARF Act is long overdue! Thank you to it’s sponsors!

The AARF Act is long overdue! Thank you to it’s compassionate sponsors!

It is time to come into the 21st Century! Do not test anything on animals. It is a horrible and wasteful way to find answers that cannot be found in outdated methods. No one in this country supports animal testing. It is inefficient and costly and there are more modern ways to test products, etc. and that do not involve using animals.