Festivus is back! And with it, our most beloved Seinfeld-themed holiday traditions: Getting the pole from the crawl space, and Waste Warrior Sen. Rand Paul’s (R-KY) annual skewering of wasteful government spending.

We always love working with Sen. Paul to find, expose, and defund waste—and The Festivus Report 2020 includes some truly egregious animal experiments that you were forced to pay for, and that belong on the chopping block.

Let us air our grievances about absurd appropriations: 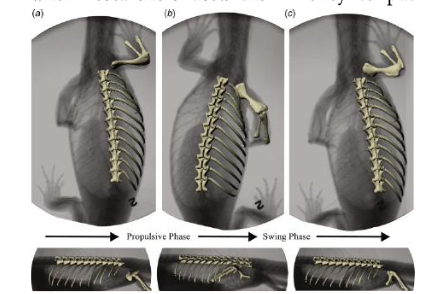 NSF gave away more than $1.5 million taxpayer dollars to put six lizards on treadmills. Screenshot from The Festivus Report 2020

😤 $1,557,083 of your money wasted to walk six lizards on a treadmill!? (National Science Foundation) Fox News called out this item in particular in its story about the report, as did the Louisville Courier Journal.

😤 $4,575,431 of your money wasted to get rats drunk then spray them with bobcat urine!? (National Institutes of Health and the Department of Veterans Affairs)

According to @RandPaul‘s annual wasteful gov’t spending report, taxpayers are still paying to run lizards on treadmills (at a cost of $1.6 million) I thought that was exposed years ago but maybe that was shrimp on treadmills. https://t.co/5Gtdt7pteV

We’ve worked with Sen. Paul to highlight these abuses in previous Festivus Reports, too, and they show a strikingly bad pattern:

.@RandPaul has 99 problems and government spending is definitely one.

In 2019, Sen. Paul ripped into the NIH for shipping $708,000 of your tax dollars to a UK lab to get zebrafish addicted to nicotine.

2018’s report also aired some astonishingly wasteful and cruel animal experiments, including $75,691 the NSF threw away to blast lizards with high-powered leaf blowers and $874,503 spent by the NIH to study the sexual habits of quails on cocaine.

Indeed, we wish we could say we’re surprised by any of this. But the government wastes $20 billion a year in taxpayer dollars on cruel, pointless animal experiments.

That’s your money, and a heck of a lot of it!, squandered to abuse animals in labs.

And to top it all off, in many cases those receiving your money are hiding that fact by violating federal transparency laws!

Those are just a FEW of the worst. There are many many more. And of course Congress ADDED dozens more examples in just one hellish Bill this week.

We’ve got a lot of problems with this spending…and, well, you know how this goes!

I’ve got a lot of problems with you people and now you’re gonna hear about them! #Festivus pic.twitter.com/hn5V6txXOk

We’re working our tails off with Sen. Paul and our other Waste Warriors in Congress to protect animals and taxpayers by stopping the government from throwing away your money, and putting a public price tag on all taxpayer-funded projects.

We’re proud that a boondoggle we brought to his attention made the cut: NSF wasted $75,691 to blow lizards with leaf blowers 🌬🦎 Actual video below!

This bill was introduced after a troubling federal audit—prompted by a White Coat Waste Project investigation—found that federal agencies are not enforcing a law requiring taxpayer-funded animal experimenters and other grant recipients to publicly disclose how much they spend.

You shouldn’t have to wait until Festivus to find out who’s reached into your pocket and used what they took to abuse animals. It’s your money, and you have a right to know.

Thank you to Sen. Paul for your leadership on the COST Act and your impressive feats of strength in the war on waste.

Grassroots support makes a real difference. Here’s how you can help: Use your voice to tell Congress to pass the COST Act (S.807) to permanently require all taxpayer-funded animal experimenters to publicly disclose the cost of their wasteful projects!

We have got to stop this cruelty! Let your Congress people know you are aware of this inhumane treatment at tax payers expense and it must end immediately!

Animal testing is such an outdated concept! Spare the animals and do away with this unnecessary spending!

In March of this year, I will be 79 years old. I’ve seen and heard about a lot of absurd, just-plain-stupid things that our elected politicians do and vote for, but this this Bobcat Urine, Lizards on Treadmills, and Drunk Rats Repelled by Bobcat urine is the ultimate disrespect for the American Taxpayers hard earned money used to fund these projects. There is no humor in this especially when Covid 19 is infecting people of all ages and so many small businesses in the United States are going out of business. If I knew how to initiate a successful recall of all the politicians who voted for these sad, wasteful programs when people are hurting around the world, I’d do it NOW! Booting them out of office is too good for them. Locking them up for stealing tax dollars would be more appropriate. Thank You for this space to rant because holding this in is making me sick. jkreiss