Waste of the Week: W.O.W., NIH Wastes $4.5 Million On Cruel Monkey Marriage Proposals, And We Say NO

“Will you marry me?” Sweet words, you may dream of hearing.

Holy W.O.W., BUT NOT LIKE THIS. This is the stuff of nightmares.

Take a listen… if you dare.

Your initial response to this terrifying proposal, might be: WTF?!

Wait until you hear about the cruelty inflicted on innocent monkeys to make that ghastly noise… and how much of YOUR MONEY was thrown away to do it.

Then you’re going to shout NO NO NO to this expensive, wasteful, and cruel monkey marriage proposal experiment… which we present to you as WCW’s Waste of the Week.

(W.O.W. is our brand-new regular feature, highlighting the most egregiously wasteful & cruel taxpayer-funded animal experiments around. Here’s the first W.O.W. we brought to your attention. This is the second. Given the federal government blows $20 billion of your taxpayer dollars every year on cruel and wasteful animal experiments, it surely won’t be the last.) 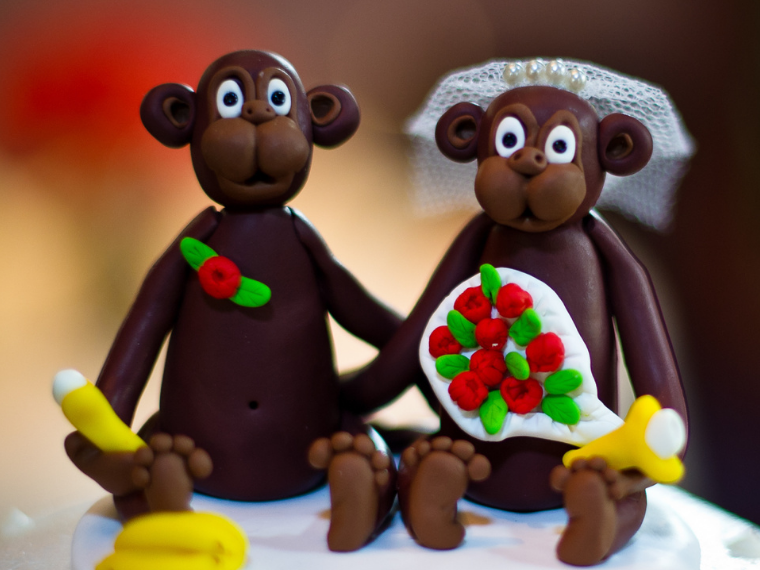 How in the WORLD did taxpayers end up on the hook for THIS monkey business?

It started when the National Institutes of Health said “I do” to some rogue Princeton white coats, handing them more than $4.5 million taxpayer dollars to abuse macaque monkeys in order to find out—surprise!—they don’t and can’t speak like human beings. (Shocking. 🙄 )

Here’s what these Ivy league monkey abusers did with your money: They strapped the macaques into plastic chairs by the neck. Metal collars were used as restraints at first, but swapped for plastic because the metal “was found to partially obscure laryngeal movements.” They took x-rays and recorded when the animals smacked their lips or made other facial gestures and vocalized.

Then, they used a computer to create that incredibly creepy audio file of what it might sound like if a macaque did propose marriage. (Which, even if they could, they probably wouldn’t; these particular monkeys are not monogamous.) 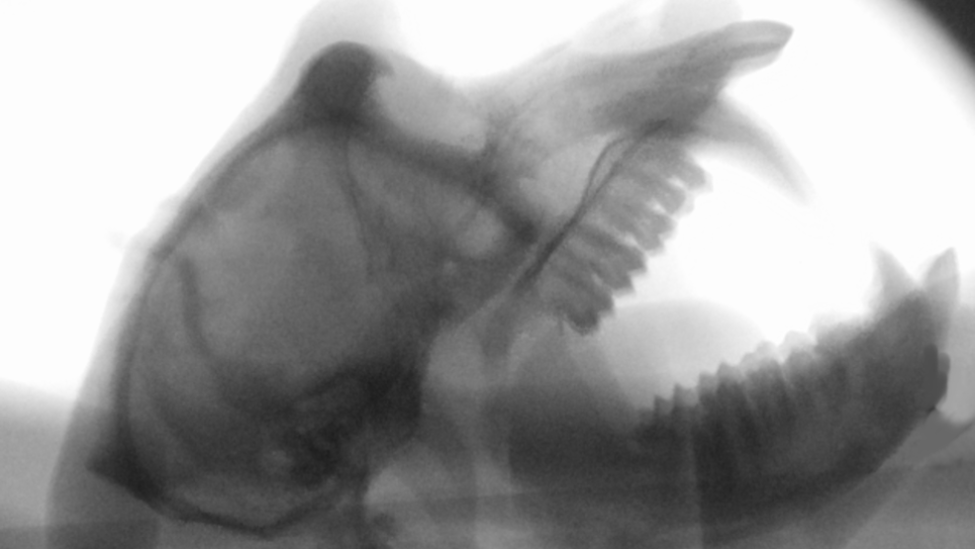 Macaque monkeys were strapped into chairs and x-rayed to learn what we already knew: they can’t speak like humans. This image was included in press materials put out by Princeton.

For all their interest in chatting, there’s one big thing the Princetonians don’t want to talk about: that they’re taking your money, and so much of it, for their abusive monkey marriage experiments.

They don’t want to disclose that fact, even though federal law says they have to!

Despite Princeton’s years-long violation of federal spending disclosure law (which we first exposed in 2017!), this rogue lab is still getting lots of taxpayer dollars to torture monkeys for wasteful speech experiments. The NIH has handed over $4,528,929 since 2007, $387,716 of that cash in 2020!

Princeton’s endowment is $26.6 billion. You tell us they can’t abuse innocent monkeys on their own dime, if these marriage proposal experiments are so valuable.

So how do you like that? Your money’s good enough for these sneaky white coats to take and take and take to keep abusing monkeys for wasteful experiments, then they think they’re above following the law.

We bet we won’t have to strap you to a chair to make you say NO to that proposal!

Here, take our hand. Let’s join together in union to make this 🛑.

So we are working with Waste Warriors in Congress to protect animals and taxpayers by passing the Cost Openness and Spending Transparency Act—the COST Act—a law that would require putting a public price tag on all taxpayer-funded projects and withhold your money from institutions like Princeton when they don’t comply.

This measure is popular with taxpayers on both sides of the aisle. A poll of over 1,000 taxpayers conducted by Lincoln Park Strategies in January 2021 finds a supermajority support strengthening federal transparency laws to put some real teeth into penalties for those who don’t comply—including cutting taxpayer funding for rogue labs.

This includes 67 percent of Democrats, 64 percent of Republicans, and 60 percent of those identifying as independents.

Grassroots support makes a real difference. Please use your voice to tell Congress you do want them to pass the COST Act, to permanently require all taxpayer-funded animal experimenters to publicly disclose the cost of their wasteful projects!

I FEEL LIKE COMITTING SUICIDE. I AM ASHAMED TO BE HUMAN. HOW CAN ANYONE WITH EMPATHY COMPASSION AND LOVE TORTURE AND ABUSE INNOCENT ANIMALS? THE DOWNFALL OF GOD WAS THE CREATION OF MANKIND.

Nature has given life equally to all animal species without eminence. Each individual’s life is absolutely everything of value and all that can ever be to that individual. What good justification is there to harm non-human animals?

You need years of therapy if you think this is a reasonable thing to do. Stop this now!

Why is this still going on? Shut them down already.

I don’t know what to say…yes WTF was my first reaction…its so sick it goes beyond words.What the hell is wrong with this world?!

Any “RESEARCH” with innocent voiceless animals for “humans” purposes SHOUKD NEVER BE ALLOWED. The “researchers” should find a way to MAKE MONEY DECENTLY, WORKING as all the rest of us. If an “experiment” IS TOTALLY NECESSARY the “researchers” should use humans. Maybe the mean inmates would do the trick… LIVE THE ANIMALS ALONE!!! >:<

Stop ALL testing on animals – PERIOD!!!

Put an end to animal testing

Crimes against humanity and the animal world!