A supermajority of taxpayers across the political spectrum want the government to stop shipping money to the Wuhan Institute of Virology for dangerous animal testing, where many experts believe the COVID-19 pandemic started. A February poll found that 68 percent of Democrats, 54 percent of Republicans, and 59 percent of Independents want the White House to block funding for the Wuhan Animal Lab until we have answers.

Now White Coat Waste Project is joining forces with the Organic Consumers Association—an advocacy group representing organic consumers—calling on the Biden administration to do exactly that. 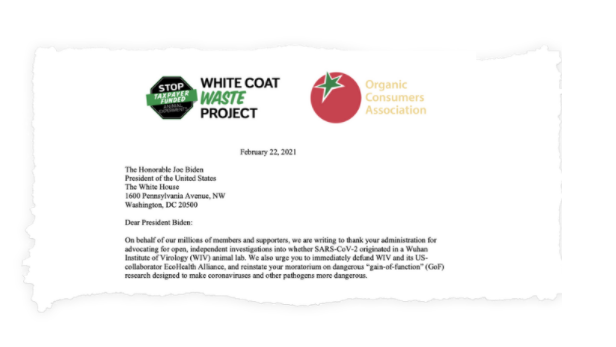 Click here to read a full copy of the letter.

These recommendations are as urgent as they are commonsensical.

The Biden administration says it can’t rule out the possibility COVID-19 leaked from the Wuhan Institute of Virology’s gain of function animal experiments. In 2018, the State Department warned these animal experiments pose a pandemic risk.

#COVID ORIGINS: Former Deputy NSA Matt Pottinger tells @margbrennan there’s “strong reason to believe” China’s military previously conducted secret “animal experiments” at the Wuhan Institute of Virology where in Fall 2019 there was an outbreak there of a “flu-like illness” pic.twitter.com/oFn2EoaZ2W

White House officials also say they have “deep concerns” about the World Health Organization’s investigation into the origins of COVID-19—EcoHealth Alliance’s president Peter Daszak is a WHO investigator, despite his obvious conflicts.

Both The Washington Post and Wall Street Journal editorial boards have called on the White House to investigate whether the coronavirus sprung from the Wuhan animal lab, too.

And of course they do! 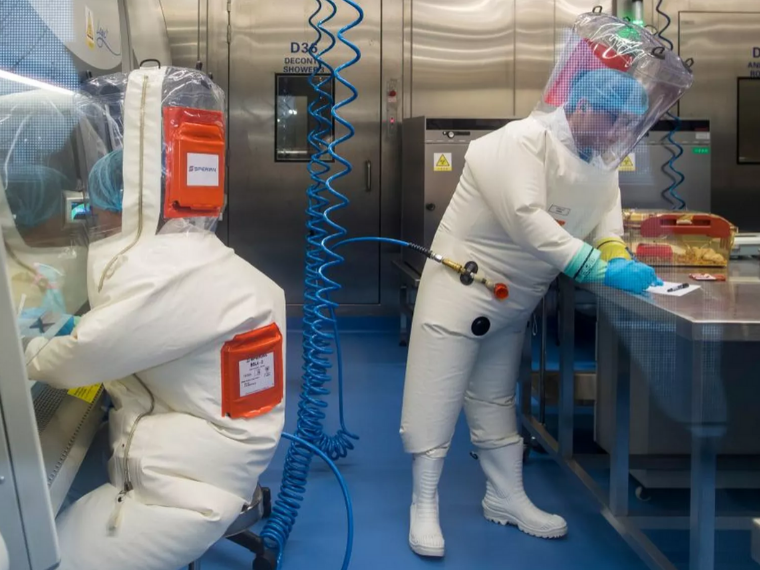 WCW exposed the loophole that allows the Wuhan animal lab and EcoHealth Alliance to still receive taxpayer dollars, even while it remains a very real possibility that these organizations’ taxpayer-funded gain of function animal experiments caused the COVID-19 pandemic. Today’s letter from WCW and OCA asks President Biden to prevent future pandemics by closing this loophole.

The bottom line is it’s not safe, and it’s not right, that taxpayers are forced to subsidize the very animal experiments that may be responsible for upending our health, economy, and lives for almost a year now.

Especially not while the Wuhan Animal Lab and EcoHealth Alliance have one hand in our pockets, and the other over our eyes trying to hide the truth.

We hope you will join us in calling for the Biden administration to protect us from future lab leaks, and find out what in the heck happened this time.