Marvel has its Avengers, DC its Justice League—and White Coat Waste Project has our own band of superheroes in the War on Waste: our super-powerful bipartisan team of Waste Warriors! 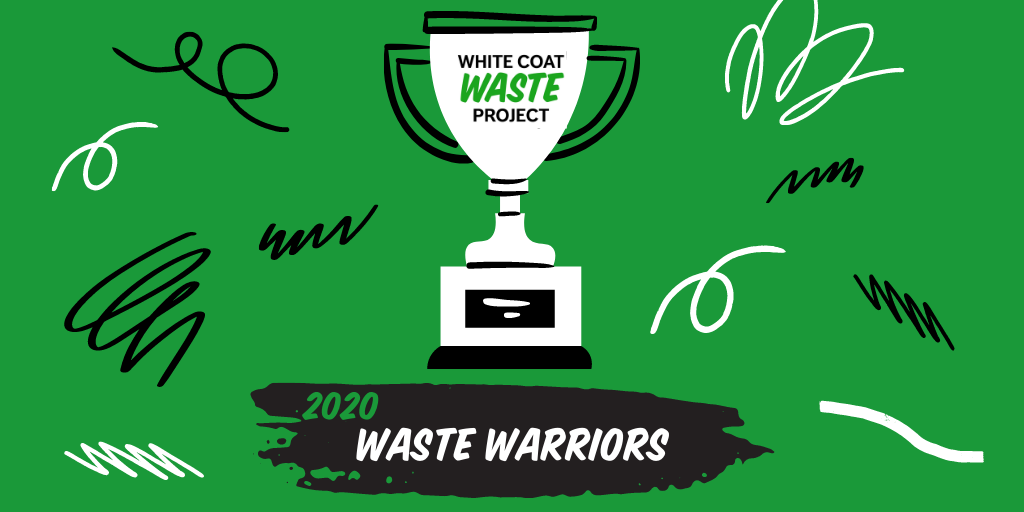 This annual award recognizes Members of Congress who have demonstrated outstanding leadership in the War on Waste, by exposing and stopping $20 billion in wasteful and unnecessary taxpayer-funded animal experiments.

We are thrilled to introduce you to our 2020 honorees. These three Senators and 21 Representatives from both sides of the aisle have done so much—so, so much—to help us in our mission to advocate for taxpayers and animals. We’re also recognizing 10 previous Waste Warrior awardees for a second time because they continue to be such utterly indefatigable champions in the War on Waste.

And with that, please meet WCW’s 2020 Congressional Waste Warriors!

Click the names of our awardees to learn about each Waste Warrior’s critical work to protect taxpayers and animals.

Thank you @WhiteCoatWaste for your tireless efforts to stop harmful taxpayer-funded experiments on our animals. Your dedication to this important issue is inspiring. I look forward to continuing working alongside you to protect our animals & our taxpayers.https://t.co/gR7hqc7t2S

Rep. Haaland is now Secretary Haaland, after being confirmed as Secretary of the Dept. of the Interior on March 15, 2021

Today I was honored to receive @WhiteCoatWaste’s 2020 award for my work to stop the cruel treatment of our dogs, cats, and other pets. They may not be able to talk to us, but they deserve a voice fighting to keep them safe. pic.twitter.com/QqVdIGIs9d

Thank you, @EPTrailGazette, for sharing the news of my @WhiteCoatWaste 2020 Waste Warrior Award for our work to save animals from painful and unnecessary taxpayer-funded experiments. I look forward to continuing to save animals from this cruelty!https://t.co/NggHXGJYHe

I’m honored to receive @WhiteCoatWaste’s 2020 Waste Warrior for my work to stop unnecessary & cruel government experiments on dogs, cats, & other animals. I will continue to support these vital efforts to protect animals and taxpayers. pic.twitter.com/AKBFntGs6N

I’m honored to receive @WhiteCoatWaste’s Waste Warrior award–for the 2nd time–for my work to combat wasteful and cruel government experiments on dogs, cats & other animals. I will continue to support these vital efforts to get animals out of labs and save taxpayers money. pic.twitter.com/CUxZKbpEPg

I’m honored to receive @WhiteCoatWaste’s Waste Warrior award a second time for my work to combat wasteful and cruel taxpayer-funded experiments on dogs, cats, and other animals! pic.twitter.com/SLlhHhdH8d

Thank you, @TheMalibuTimes, for sharing the news of our @WhiteCoatWaste 2020 Waste Warrior Award for our work to save animals from cruel and unnecessary taxpayer-funded experiments and provide survivors the chance to be adopted into loving homes. https://t.co/Ofb5hZccJe

I will continue to fight against the use of taxpayer money to fund harmful experiments on dogs, cats, and other animals.

This is YOUR money. It belongs in your pocket, not being used to tortured animals. https://t.co/CvEVLTVVvi

I’m proud to be a @WhiteCoatWaste Warrior. I will continue my work to end painful and unnecessary testing on dogs and cats by federal agencies.https://t.co/hdYTfwi02L

I am proud of my work to advance animal welfare and end painful and unnecessary testing on dogs and cats by federal agencies. Thank you @WhiteCoatWaste for this distinction.https://t.co/5I9zpvyHEL

Wouldn’t you like to see your representatives on this list of Waste Warriors? Please urge your Members of Congress to join these leaders’ efforts to end wasteful taxpayer-funded animal experiments!

How fresh and exciting to see that WCW is really setting a fire under the asses of people who were voted in to positions of power by the people, finally performing positive acts which will really benefit animal welfare against those horrific laboratories. WCW you do the Lord’s work.