Waste Of The Week: W.O.W., They Put GRIZZLIES On TREADMILLS Using Your $… Here’s Why That’s Bearly Legal

This edition of Waste of the Week, is called BEARLY LEGAL.

Take a peek at what your hard-earned money’s been squandered on in this West Coast lab:

This is actual video of a captive grizzly bear forced to walk on a treadmill with your tax dollars at Washington State University. Is this how you want your money spent?

What in the world are you looking at? Here’s the grizzly deets: Nine captive bears were forced to walk on treadmills in a lab at Washington State University.

To make sure the bears couldn’t get away, and to measure their oxygen consumption, the bears were trapped in airtight cages made of steel and polycarbonate sheets.

Then the taxpayer-funded white coats moved the treadmill incline up and down to see how hard it would be for the bears to keep walking.

They combined these findings with data they collected using GPS collars affixed to bears out in the wild in order to learn….

That bears like to move at a pretty slow pace, on pretty flat ground.

Hey, maybe next they’ll study whether a bear likes to poop in the woods. And you’ll be forced to pay for that, too!

It’s far from the furthest possibility.  The U.S. Dept. of Agriculture and the U.S. Geological Survey were happy to throw away your money to put bears on a treadmill to nowhere! 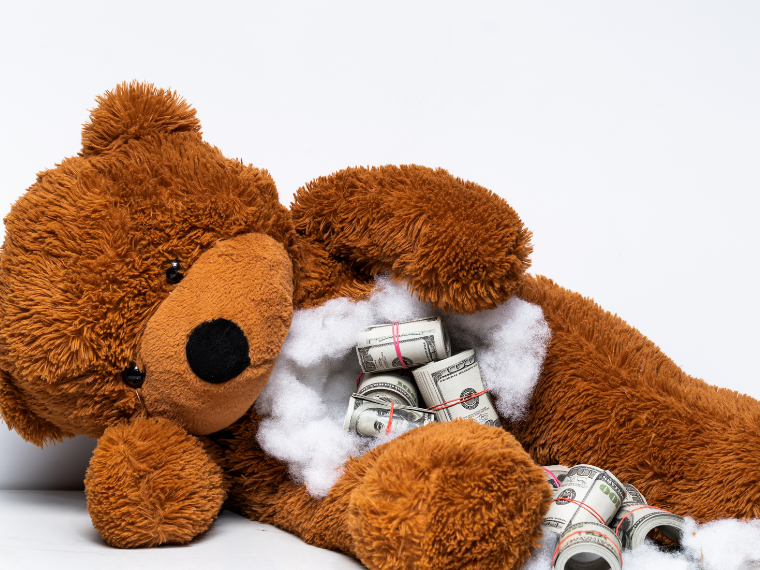 But, we can’t tell you exactly how much of your money WSU wasted forcing bears onto treadmills because federal law doesn’t require that they tell you…yet.

Current spending transparency law only applies to a few federal agencies, but not those that chose to waste your money on this particular boondoggle.

That’s why we are working with Waste Warriors in Congress to protect animals and taxpayers by passing the Cost Openness and Spending Transparency Act—the COST Act—a law that would require putting a public price tag on all taxpayer-funded projects and withhold your money when they don’t comply.

Tell Congress you want them to pass the COST Act now!

It’s time to stop exploiting animals. It is abusive and cruel.

Please keep me posted on actions to be taken. PS who in right mind is responsible for this

Bear necessity research I suppose is the WSU justification.