BUSTED: They Transplanted Fingers From Aborted Human Fetuses Into Mice, Then Gave TAXPAYERS The Finger Too

The NIH IS GIVING YOU THE FINGER.

When NIH-funded white coats implant fingers and femurs from aborted human fetuses into young mice and keep their spending a secret, we call that a gross, gross misuse of taxpayer dollars. 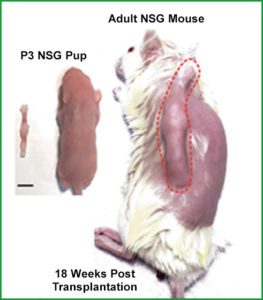 Not so fun facts: According to the published report about this experiment, the human fetuses whose fingers were harvested were 10-18 weeks old. The fingers were implanted into the young mice for 6-18 weeks “to ensure optimal xenograft engraftment.” 12 “human fetal samples” were purchased for use in this experiment. The experimenters did not specify how many mice they purchased and abused.

In this case, the taxpayer dollars were provided to Stanford University by the NIH.

How many taxpayer dollars, you ask? We can’t tell you because, as first reported by Fox News, we just exposed how Stanford’s animal experimenters failed to disclose the amount of taxpayer dollars they wasted on these disgusting finger transplantation experiments—even though federal law says they have to.

Stanford University is under fire over experiments involving aborted fetal tissue – @CatSzeltner shares the details and ‘Speaks Out’. #prolife pic.twitter.com/d77p6oP46Q

Oh but wait, it gets worse. A LOT worse.

Not only did Stanford not face any consequences for breaking the law, the NIH went and funded a SECOND experiment, involving snipping fingers off human fetuses and transplanting them onto mice.
Did Stanford follow federal spending disclosures this time, perhaps?

The fingers this time, again, came from 18-week-old human fetuses. They were implanted into 5-day-old mice. Four weeks after implantation, the taxpayer-funded white coats broke the fingers and left them, fractured, on the baby mice for another two weeks.

Nah. They sure didn’t, and they admitted as much in the Fox story above! And the NIH doesn’t care.

So we’ve filed a federal complaint about it. 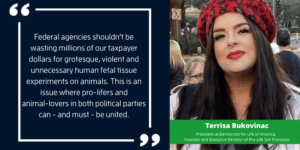 Especially when they do it over and over?

They like fingers so much? Well we’ve got one we’d like to point their way for all this secretive, taxpayer-funded cruelty.

You probably don’t have to work too hard to guess which one it is. 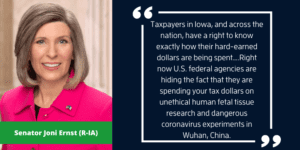 As WCW recently exposed, 90 percent of taxpayer-funded human fetal tissue experiments involve animal testing, and a majority of both Democrat and Republican voters want that to stop. 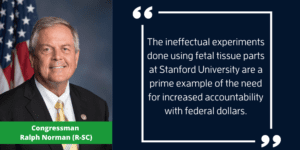 Now more than ever, there needs to be more transparency and accountability in government spending.

The COST Act does just that.


Stanford’s mouse experiments are exactly why we are working with lawmakers to pass the COST Act, which would put a public price tag on all taxpayer-funded animal experiments, and defund rogue labs that don’t comply. 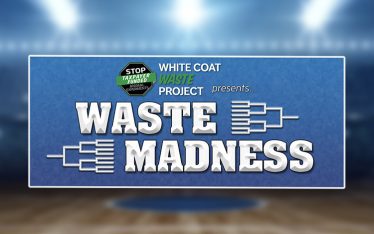 Waste Madness: Taxpayer Choose the Best of the Worst
For the past two weeks, our supporters have been watching the Elite 8, then the Final Four. Now, at long last, a champion has been crowned! Nope, we’re not talking...
1 Likes12 Comment(s) 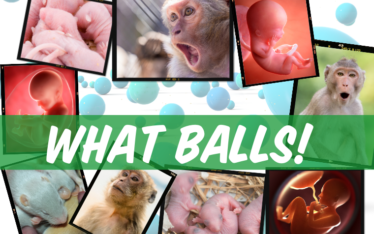 Waste Of The (Tax) Week: W.O.W., They Did Testicular Transplants Between Human Fetuses, Monkeys, And Irradiated Mice, Wasting Your $. WHAT BALLS!
It’s Tax Week! And this edition of Waste of the Week is called WHAT BALLS! Believe it or not, your money was wasted for not one but TWO nutty experiments involving, dismembered human...
23 LikesLeave a comment