Waste Of The Week: W.O.W., They Put On Leopard Costumes To Scare Monkeys And Find Out What Their Screams Sound Like?!

This edition of Waste of the Week is called I SCREAM TOO.

In fact we all scream…when we find out that taxpayers footed the bill for white coats to:

What noise are you making now that we’ve told you about all this?

The Wildlife Conservation Society scientists call what they did a “simulated predatory event.” Doesn’t sound too fun if you’re the one being predated!

These leopard-outfitted, taxpayer-funded white coats were looking to find out if the male and female putty-nosed monkeys, a tree-dwelling species, made different noises, when subjected to the terror encountering a leopard.

The experimenters not only dressed up as leopards to amp up the horror. They also deployed so-called “leopard models” intended to provoke fear in the monkeys—the publication Atlas Obscura scored a photo of one (sort of… you can see a bit of it here off to the side behind some trees): 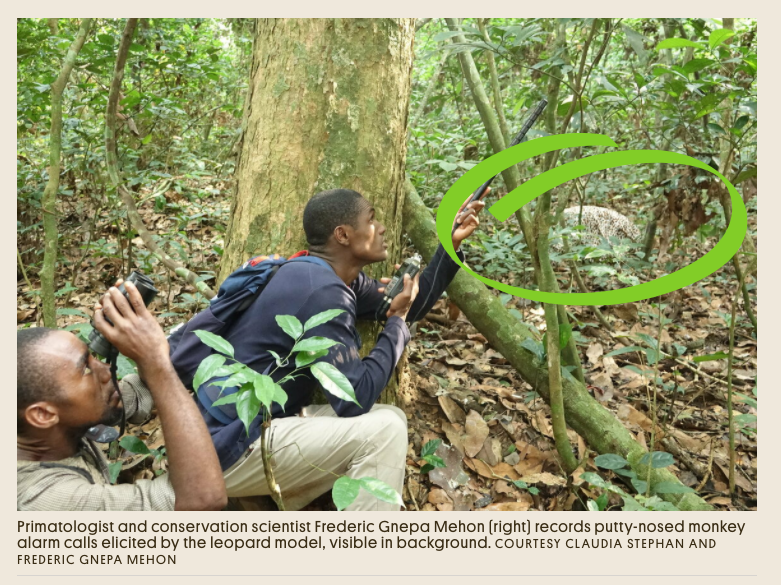 If you’re a taxpayer, you also might be terrified about having spent loads of money to torment innocent monkeys just to hear them shriek in fear.

How much money, you ask?

This experiment was part of $8.9 million in grants U.S. Fish and Wildlife Service has given Wildlife Conservation Society, for research in the Congo. USAID’s tossed in another cool $1 million.

Unfortunately we can’t get more specific about how much of THAT cash was used for researchers to don leopard costumes and terrify monkeys into making loud noises, because federal law doesn’t require either these agencies or the grant recipient to make those disclosures.

At least not yet.

We’ve got some alarm noises of our own to make here, and the sound goes a little something like this:

That’s why we are working with Waste Warriors in Congress to protect animals and taxpayers by passing the Cost Openness and Spending Transparency Act—the COST Act—a law that would require putting a public price tag on all taxpayer-funded projects and withhold your money when those taking the cash don’t comply.