Earlier this year, we exposed how the National Institutes of Health has been shipping tens of millions of your tax dollars each year to foreign countries for wasteful and cruel animal experiments. Our Worldwide Waste investigation revealed how over 350 labs in 50 countries—including China and Russia—are authorized by the NIH to receive foreign aid for animal tests. 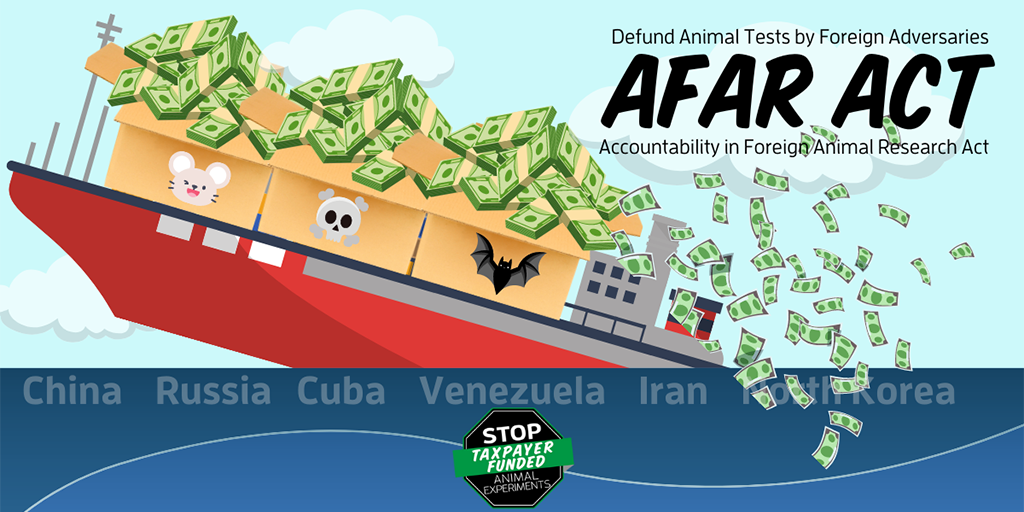 Thanks to an important new bill, that could change. 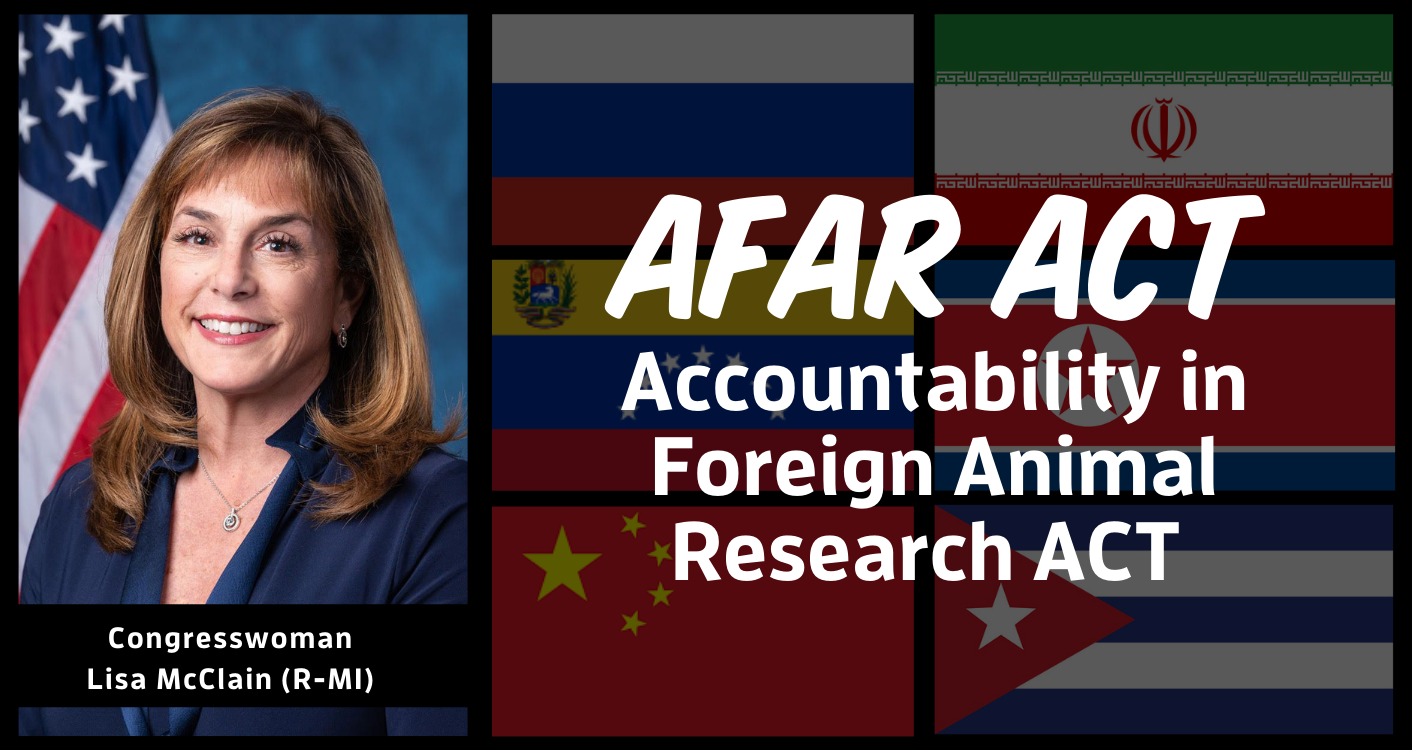 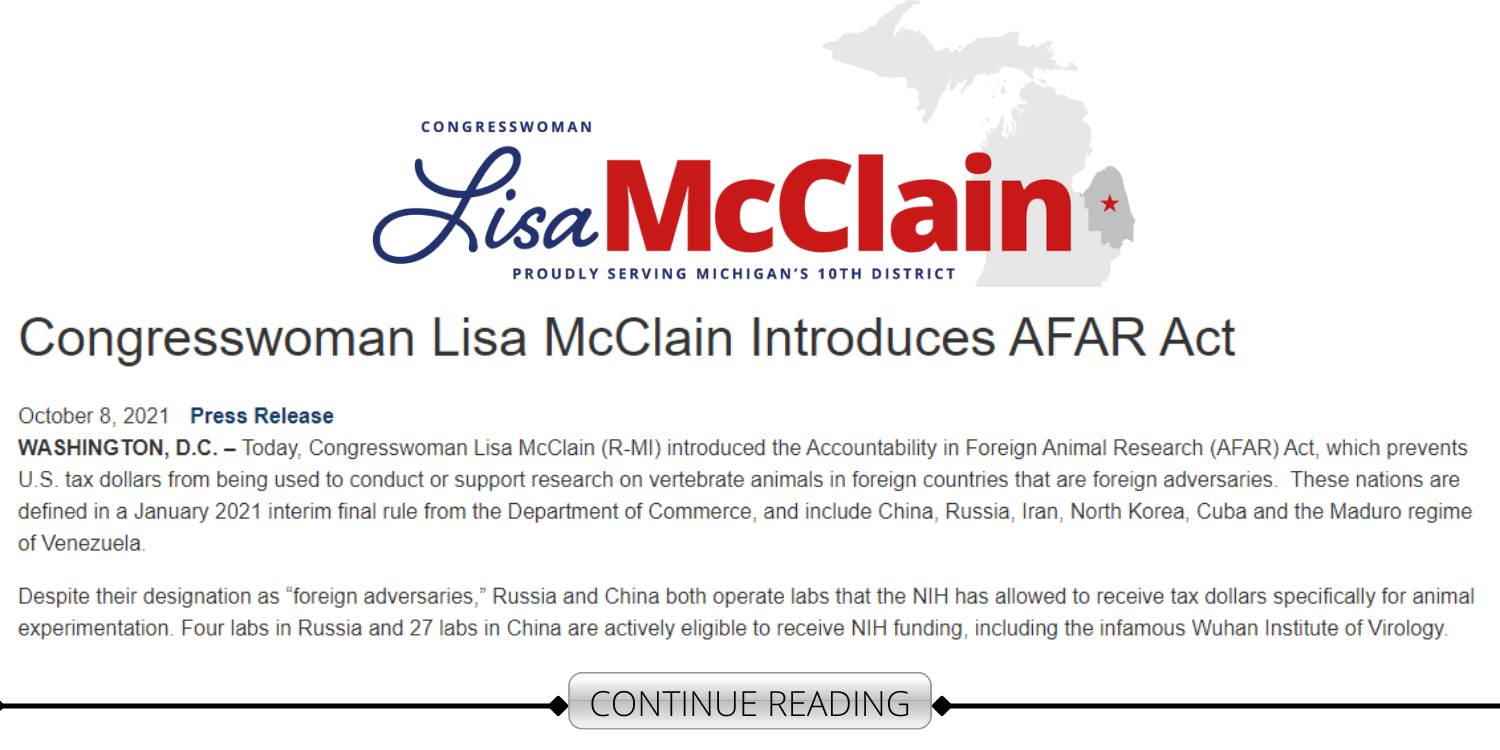 Right now, a total of 31 labs in China and Russia have permission to receive tax money from the NIH specifically for animal experiments. This list includes the notorious Wuhan Institute of Virology, which WCW first exposed as an NIH-funded lab. Many experts now believe these reckless coronavirus gain-of-function experiments on animals caused the COVID pandemic.

If the AFAR Act becomes law, they would all be disqualified from getting our cash to abuse animals in cruel, outdated and dangerous experiments.

This is the latest effort by Congress to crack down on this waste and abuse overseas following WCW’s exposé.

This is what taxpayers want, too. A February 2021 poll of 1,000 taxpayers by Lincoln Park Strategies found that 61% of Republicans and Democrats want to cut funding for animal testing in foreign countries. 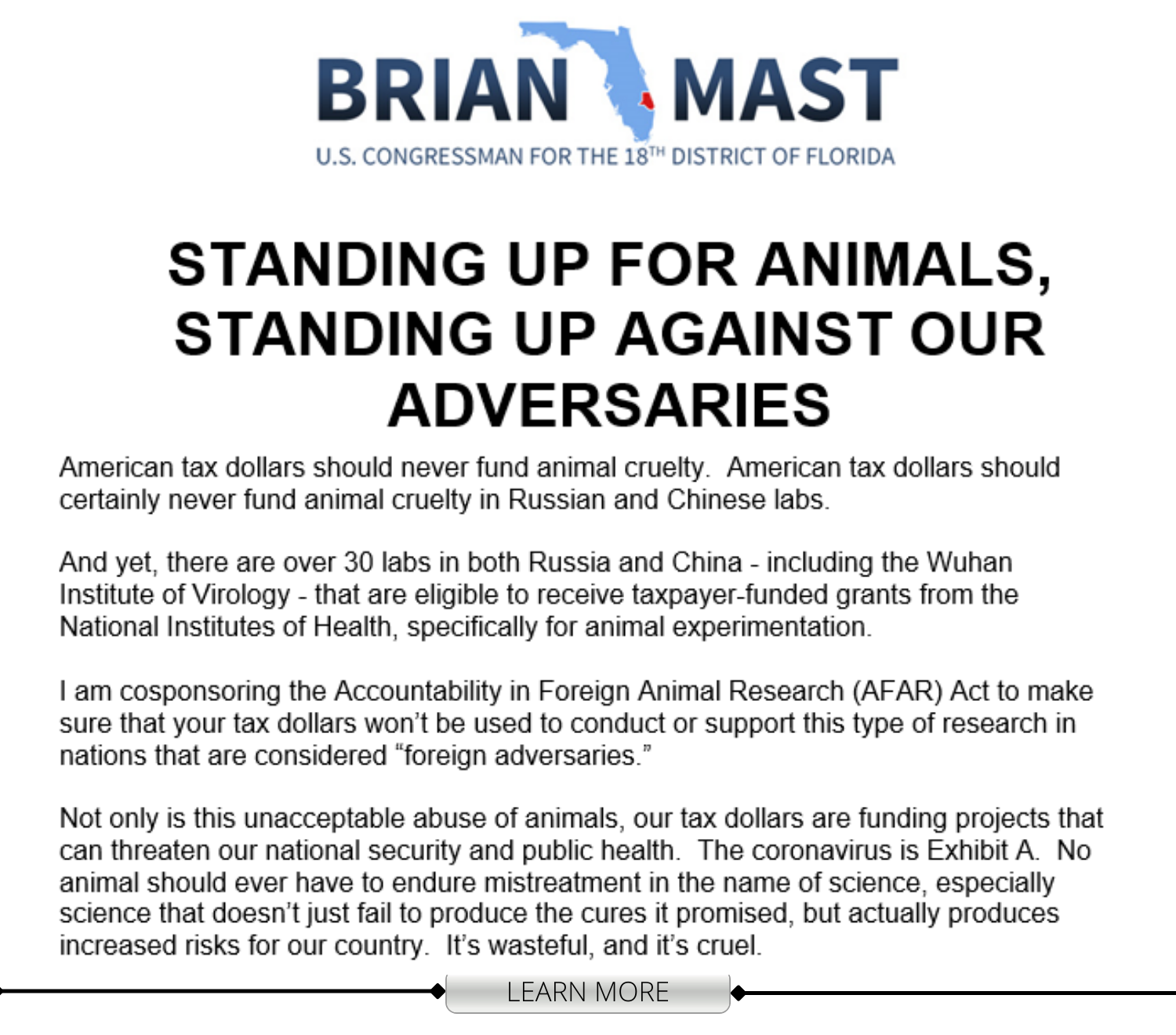 Take action! Tell your members of Congress to support the AFAR Act!

We must continue the momentum away from animal testing. It is a senseless cruelty that is counterproductive to benefiting humans.

Animal testing needs to be a horrible thing of the past!