WASTE OF THE WEEK: NIH and NSF ‘Gobble Gobble Gobble’ Your Money, Put Turkeys on Treadmills

This edition of Waste of the Week is called GOBBLE GOBBLE.

As in government white coats ‘gobbling’ up taxpayer dollars for wasteful, silly projects.

Have you ever laid awake at night, wondering how fast turkeys walk? And whether domestic turkeys walk faster than wild turkeys?

The government, however, has studied this very serious, very important, not-at-all-irrelevant question for years — and it’s been spending YOUR money hand over fist in an effort to get to the bottom of it. 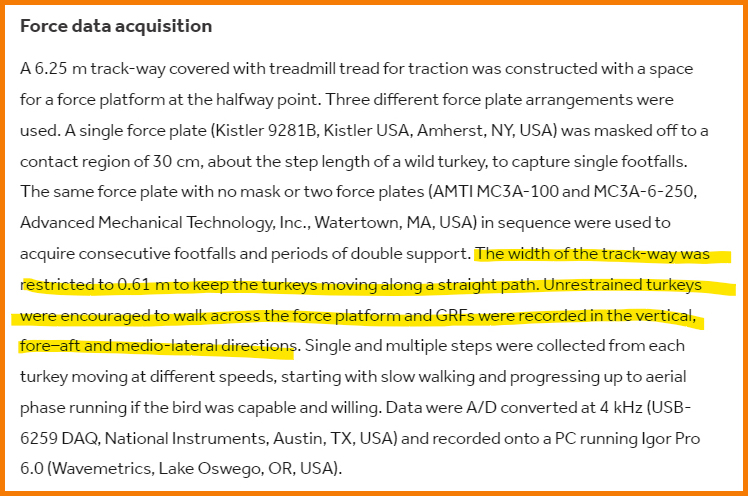 What makes this even more hilarious is that this wasn’t the government’s first taxpayer-funded turkey trot. This issue has been studied for almost a decade!

We have to ask:

With so many pressing issues facing America and the world, is this the best way to spend taxpayer dollars?

We definitely don’t think so.

Thanks to Senator Joni Ernst for exposing this waste!

(Just so we don’t leave you in suspense: turkeys run at 6 miles per hour; domestic turkeys are fatter than wild turkeys, so they run slower).

Was that fact worth millions of dollars?

We didn’t think so, either. 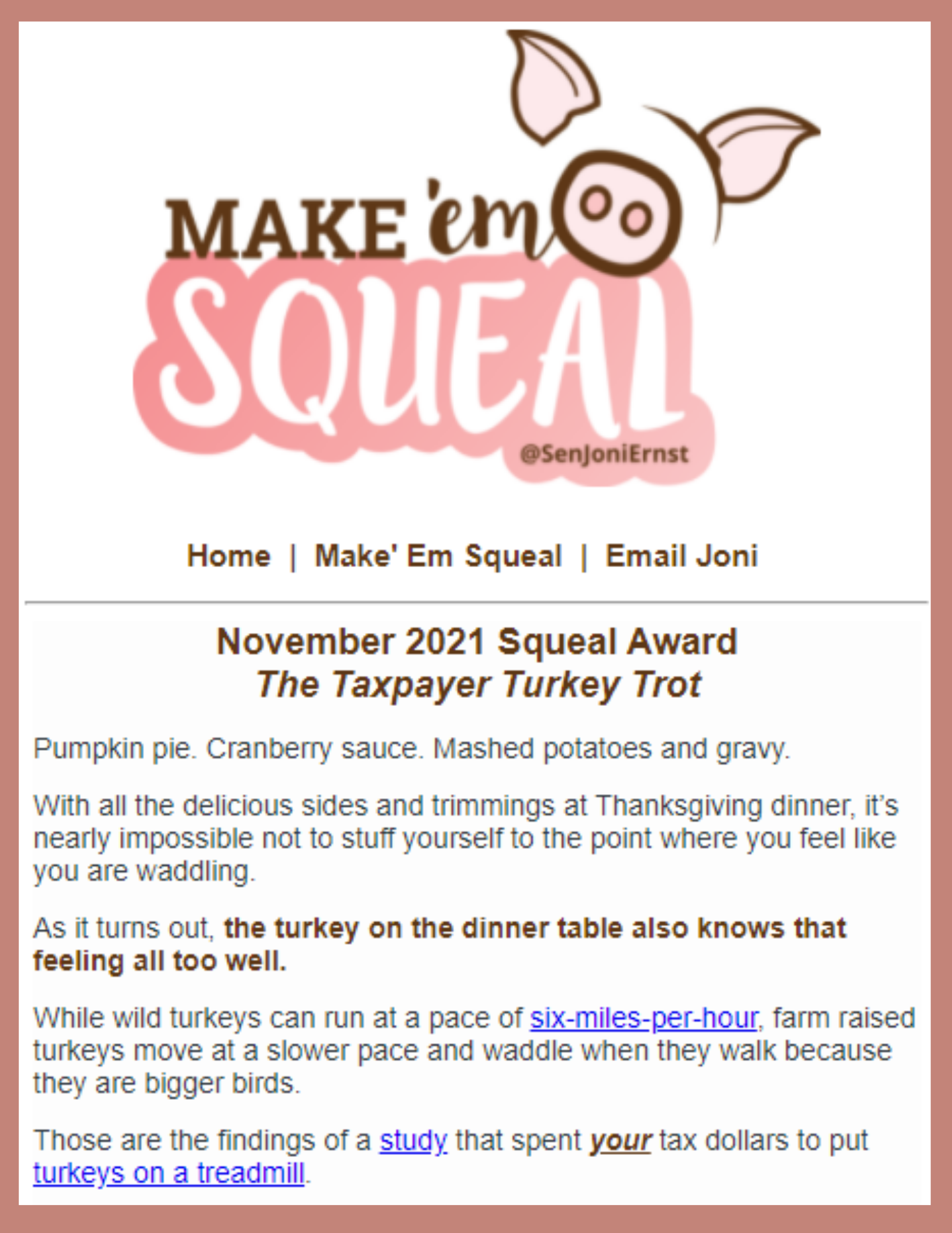 Tell Congress to pass the Cost Openness and Spending Transparency Act — the COST Act! This important bill would put a public price tag on all taxpayer-funded projects, and withhold your money when those taking the cash don’t comply.

This has to end now , not later

What is the government thinking? What was the point of wasting tax payers money on stupidity, as if this country doesn’t have enough to deal with? Why not spend it on the elderly, the homeless people, the hungry children,affordable
prescriptions,affordable housing,affordable health care,animal welfare etc. Who comes up with these insane projects? Who cares how fast a turkey can run, wake the f*** up, and do something productive with the wastefulness of millions of dollars!

Those “studies” are pointless, costly, and certainly must be stressful on the animals. Time to drop ’em!!

I want funding for a study of what happens when you give me 1.7 million dollars. What will I do with it? The world needs to know.

Who are these subhumans that perpetrate this shit? Thank God I saw this story on Newsmax. Now I am giving monthly and telling my friends.I can hardly watch these poor animals suffer.