Shock can be good — because it means that people are paying attention.

Was improving and safeguarding human life the primary concern of those Wuhan lab researchers? asks @KristanHawkins.

The public should be asking these questions like their lives depend on it — because they do.https://t.co/aKjDTQhdZl

But shock on its own is not enough — it also has to create change.

Members of Congress were shocked by Fauci’s experiments…and now, with the introduction of a new WCW-backed bill, change is on the horizon — because they hope to end his cruel experiments once and for all. 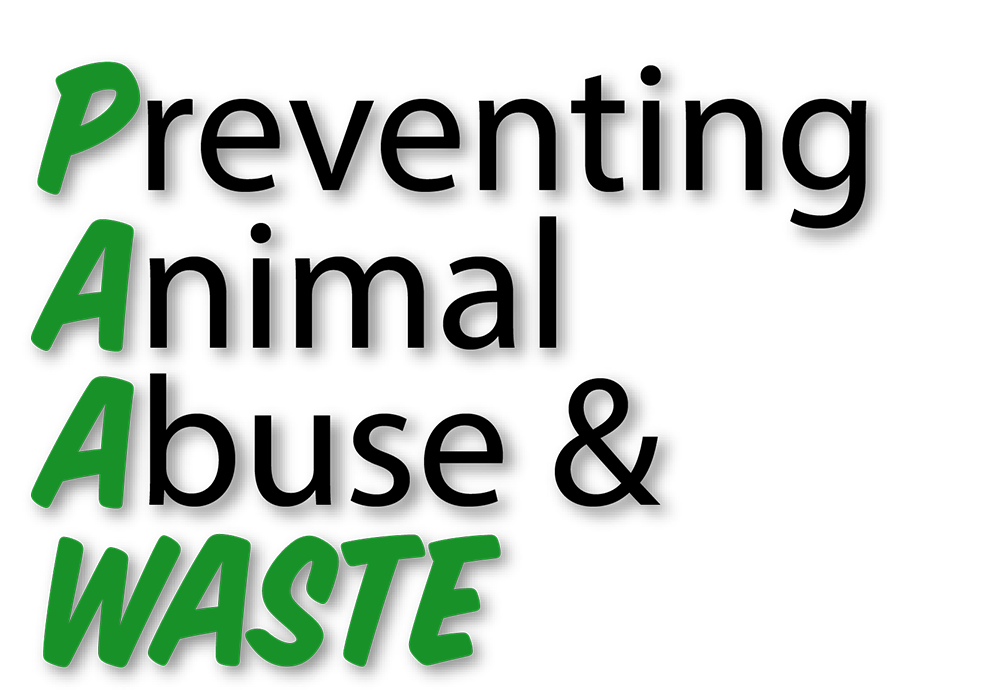 I wrote Dr. Fauci a month ago asking specific questions related to gruesome testing on puppies. Do think I received a response? Far from it. So, today I introduced the bipartisan PAAW Act to prohibit testing on dogs. pic.twitter.com/021hVfwC3F

The PAAW Act explicitly prohibits the Director of NIAID — since 1984, that’s been Dr. Fauci — from conducting or funding ANY experiments causing “significant pain or distress” to dogs.

Three barks for the PAAW Act!

The PAAW Act would also shed light on the scale of NIAID’s experiments, by requiring a report on “all ongoing or prospective research that causes significant pain or distress to a dog conducted or supported by the National Institute of Allergy and Infectious Disease.” It would also require NIAID to report on efforts, if any, it has undertaken to cut dog testing (we’re certainly not aware of any!).

WCW is proud to support the PAAW Act. It’s the third part of our three-step, tried-and-true recipe for success:

We’re grateful to Rep. Nancy Mace and her colleagues for their leadership on this important topic. If Dr. Fauci’s department won’t choose to stop experimenting on dogs — and it sure seems like they won’t — then it’s up to Congress, the representatives of the American people, to make the choice for them.

Dr. Fauci’s beagle experiments are widely opposed by the general public, with a recent poll finding that 62% of Republicans, 64% of Independents, and a whopping 71% of Democrats wanted to defund them. 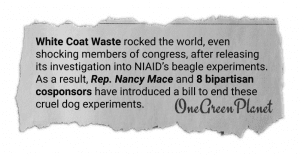 If you’re one of the millions of people who is horrified by Dr. Fauci’s beagle experiments, take action: tell Congress to pass the PAAW Act today!

Keep up the good work,

When will these heinous experiments on animals stop??? There are humane methods to conduct science research. These poor dogs, cats, goats, pigs mice and all the other species used need to be released to animal welfare. Stop causing pain and suffering. They don’t deserve it!