WCW has been tracking the pandemic for a long, long time.

Not only were we the first organization to reveal that U.S. tax dollars were being shipped to the Wuhan Institute of Virology (aka the Wuhan Animal Lab), way back in January 2020 — before the pandemic was, well, a pandemic — we went to the White House and sounded the alarm about dangerous international experiments.

We spoke with the White House because we knew that risky animal experiments were cruel and wasteful and that their fundamental lack of transparency was terrible for taxpayers. We also hypothesized that unchecked virology experiments could pose a threat to public health because mistakes can (and do) happen. In fact, some ‘lab leaks’ may be tremendously widespread, with experts from Harvard and other prestigious institutions recently postulating that the unique genetic ‘fingerprints’ of the omicron variant seem to suggest a lab origin.

In other words, it’s entirely possible that a lab leak caused the pandemic, and other lab leaks have made it even worse.

And when it comes to lab leaks, they happen alarmingly often. 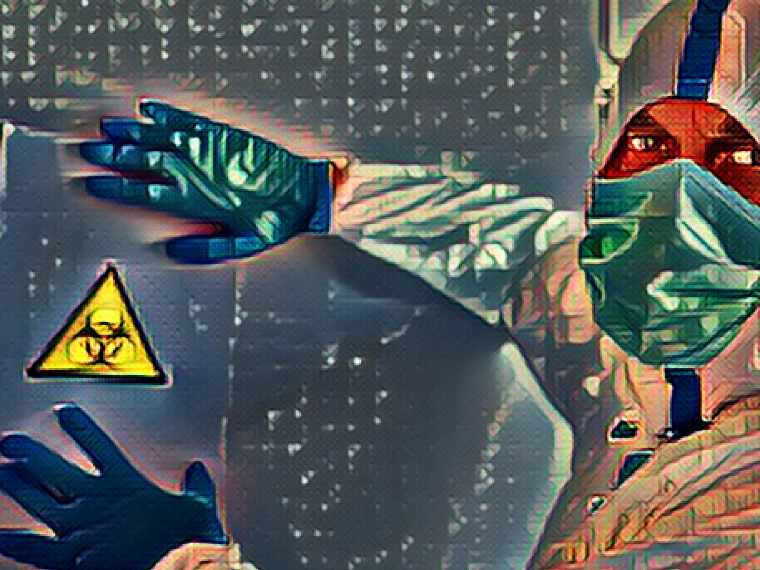 Does Omicron have a lab origin too?

Since the beginning of the pandemic, there have been several COVID-related accidents in animal labs.

In April 2020, a University of North Carolina experimenter was bitten by a mouse infected with a genetically engineered strain of SARS-CoV-2. And in November 2021, an animal experimenter in Taiwan contracted a breakthrough case of COVID after being exposed to the Delta variant in her animal lab. These are just the incidents that have been identified, reported, and covered in the news.

Former FDA Commissioner Scott Gottlieb was honest about the frequency of lab leaks, saying that “lab leaks happen all the time, actually. Even here in the United States we’ve had mishaps. And in China, the last six known outbreaks of SARS-1 have been out of labs, including the last known outbreak…China initially wouldn’t disclose that it came out of lab.”

Former FDA commissioner Scott Gottlieb says he was informed by a senior Trump administration official in spring that Dr. Fauci briefed world health leaders in Europe “that this could have been a potential lab leak…so those discussions were going on.” pic.twitter.com/2OlTg8bMof

A March 2021 piece for USA Today identified 450 accidents from 2015 until 2019 in U.S. laboratories working with dangerous pathogens. Researchers would sometimes get infected without knowing it, or would carry pathogens on their clothing in and out of labs. Equipment failures were common; the author, investigative journalist Alison Young, revealed that doors to some of the government’s most dangerous labs had been sealed with duct tape. Samples of extremely dangerous viruses were routinely mishandled. In light of this copious evidence, a leak from the Wuhan Institute of Virology seems far less unlikely than doubters would make it seem.

Throughout the pandemic, we have continued researching and investigating the origins of Covid-19. We revealed that bat samples from Laos were brought to Wuhan, obliterating a key argument of the “natural origin” camp. We found that NIAID had flagged grant proposals from sketchy nonprofit EcoHealth Alliance as “gain-of-function” research — then, unbelievably, allowed the experiments to proceed. 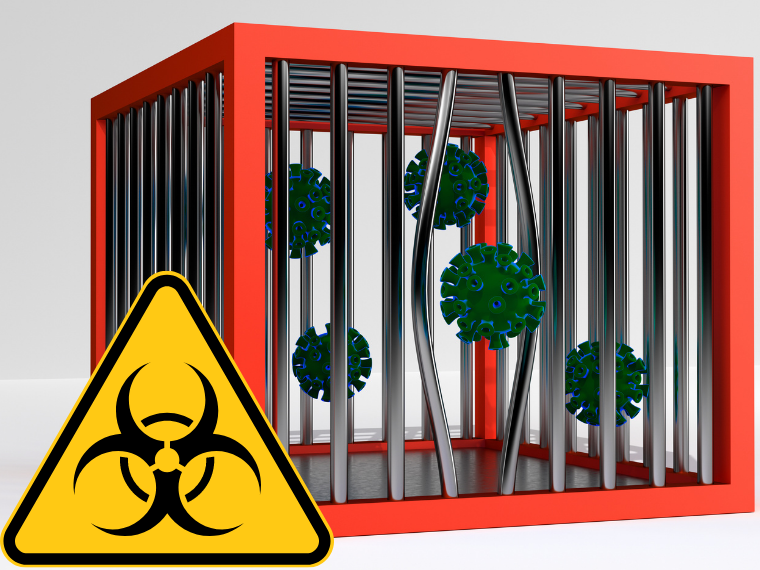 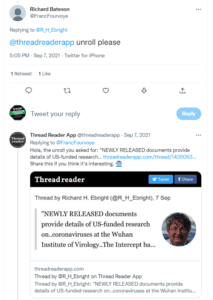 We’ll continue investigating. We’ll continue calling on Congress to use its subpoena authority, so it can finally get answers the American people deserve. And we’ll continue urging President Biden to end funding for gain-of-function research once and for all.

We’ve said it before, and we’ll say it again: you’re the reason we’ve been able to achieve so much. We couldn’t have done it without you, and we hope we can count on your support in 2022 and beyond. 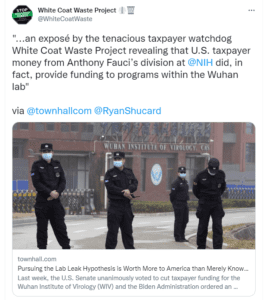 The email from Daszak confirms they circumvented laws knowingly. The checks and balances failed in this case. I’m not sure how this hasn’t gotten more coverage??

Here was my message to my network… ~♤~
We are all in this together I would say it’s time to United We Stood 4 once. Anything to help this cause is appreciated immensely. My heart goes out to these animals that are being put through such disgrace. I am as tired of hearing about this cruelty as they are scared of it. Please if you can read and have a heart keep reading. I joined the winning team befor I came down from heaven as you all did. For some it’s been the same song and dance each time you go through. But I won’t sit by on the sidelines any longer. It takes action, words speak volumes but that context is and will always be considered controversial. The time and place has come for our true purpose and you can all be apart of it. All I ask is that you share this and edit your life into meaning. We have what it takes for change. Let’s see how many have the capacity to do so. I am offering a new chapter for you and our fury friends. If you have had the capability to make it to the end of this message I thank you. If your available to share this message I bless you and in 36 hrs after this FACT ACT get passed and goes befor congress. I congratulate you and send best my wishes. As I would say welcome to the winning team. Most importantly it took me like 10-15 minutes to write this, it takes seconds to share it. Thanks for standing up!
B.B.C.K¡NG”
~♡~