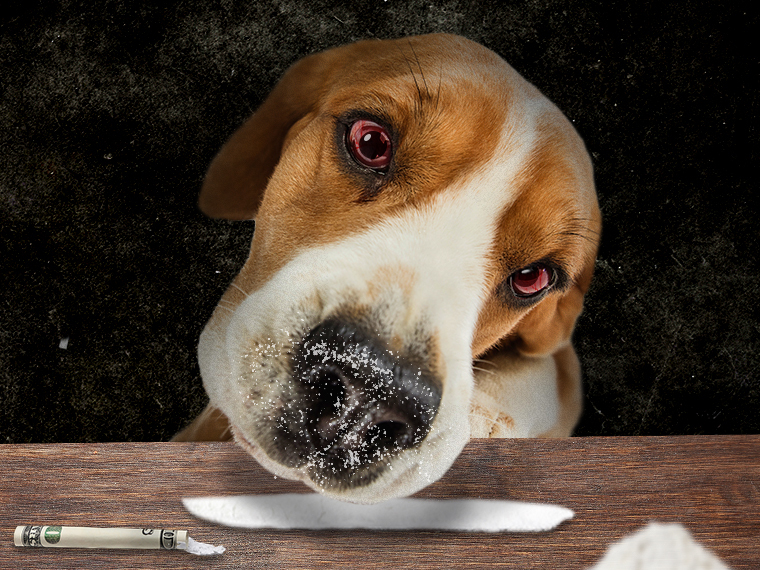 White Coat Waste Project (WCW) just exposed wasteful and cruel experiments at the National Institute on Drug Abuse (NIDA), which spent millions of tax dollars injecting puppies with cocaine for months on end just to fulfill an outdated FDA drug testing mandate. We didn’t think these wasteful and cruel “coke hound” experiments were a great use of taxpayer funds.

Apparently, neither does Congress.

Just days after our viral exposé, U.S. Representatives Brendan Boyle (D-PA) and Nancy Mace (R-SC), along with 14 bipartisan colleagues in Congress, have now sent a letter to NIDA, demanding information on their cruel and wasteful puppy experiments. 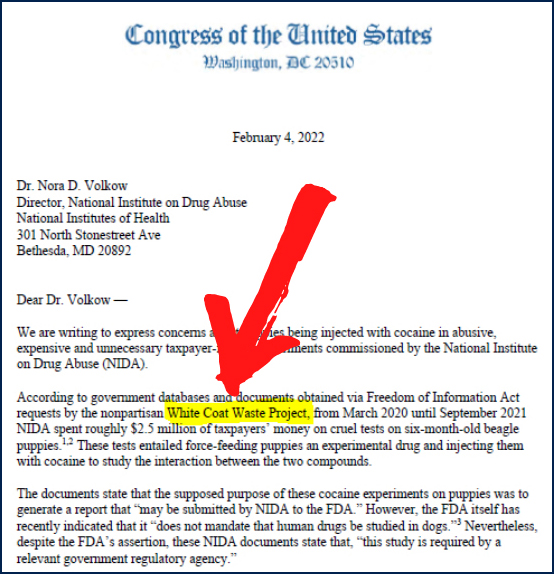 Read the full letter below

Calling the cocaine experiments “abusive, expensive and unnecessary,” Reps. Boyle and Mace’s letter asks important questions, such as: “Since the Food and Drug Administration has stated that it does not require dog testing for new drugs, why has NIDA continued to commission testing on dogs?”

A new report by @WhiteCoatWaste reveals the FDA forces drug makers to torture thousands of puppies in unnecessary and unreliable tests. https://t.co/ORT4jjpMED

Change is long overdue — but with lawmakers of both parties pushing back against FDA’s animal testing mandate, we’re getting closer and closer every day.

NIH Russia Cat Lab Progress
Coffee…nicotine…sugar…whatever it may be, an addiction is hard to break. And no addiction is harder for the National Institutes of Health (NIH) to break than their addiction to wasteful spending...
LikesLeave a comment