The U.S. has announced harsh sanctions against Russia in response to Vladimir Putin’s belligerence in Ukraine.

But we have to ask…

Does that mean the National Institutes of Health will finally stop sending money to Russia for cruel kitten experiments?

Yes, you read that correctly: the U.S. has been sending money to Vladimir Putin’s state-run labs for monstrous experiments on kittens — and before you ask, these experiments did not take place a long time ago.

Cat experimenters at Russia’s Pavlov Institute of Physiology in St. Petersburg, Russia, received nearly $550,000 from the NIH in 2021 alone!

These experiments, recently unearthed by WCW researchers, are some of the worst we’ve ever seen — and that’s saying something. 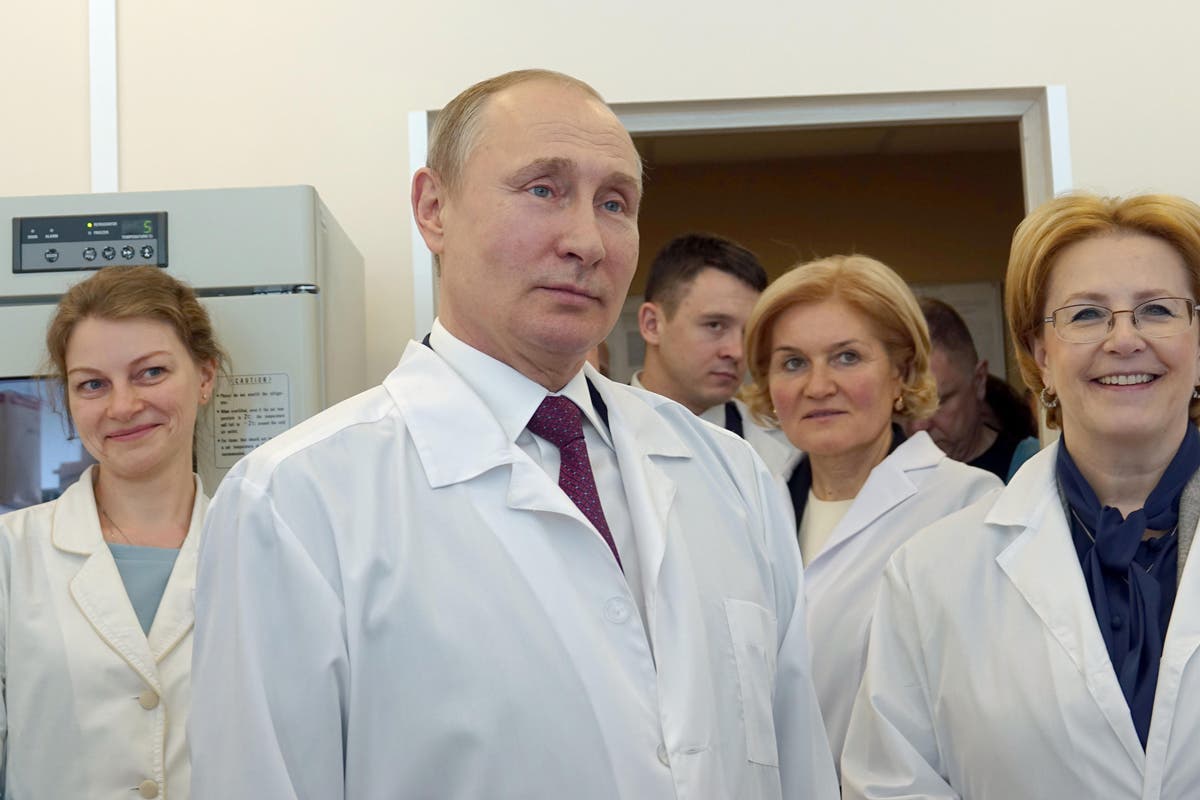 Putin and Russian white coats look on with delight as U.S. tax dollars arrive in Moscow. Is this how you want your money spent?

This is what your tax dollars are paying for (after being converted into rubles, that is).

In one ghoulish experiment, 18 healthy cats were “decerebrated,” then forced to walk on a treadmill. “Decerebration” is a procedure in which experimenters cut off a cat’s brain function while they are still alive. The cats are knocked out and their brain stems are severed, and sometimes, pieces of their brain are even removed.  The “zombie” cats then have electrodes implanted into their spines and are forced to walk on treadmills.

If that sounds vaguely familiar, it’s because these same experiments are done on kittens here at home, too.

We’ve uncovered that you’ve been paying this Russian lab to torture cats in experiments like this one since 2018 (see here and here).

Here’s a diagram from the experimenters: 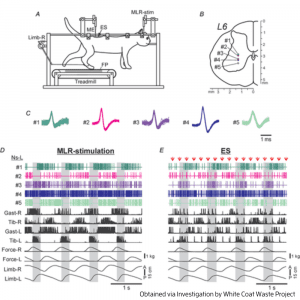 Electrocuting zombie cats to make them move. Utterly horrifying. The fact that we’re paying for this? “Disgusting” doesn’t even begin to cover it.

We’ve said it before and we will say it again: the NIH is addicted to spending. As we revealed in our “Worldwide Waste” investigation, the NIH spent around $140 million on animal experiments in foreign countries in 2020. A total of 353 labs in 57 countries worldwide are authorized to receive U.S. taxpayer funds — including countries like China and Russia, which the U.S. government has called “foreign adversaries.”

It sure doesn’t make sense to us — or to a majority of American taxpayers. A recent poll by Lincoln Park Strategies found that nearly two-thirds of respondents supported a ban on funding animal experiments in countries the U.S. has deemed ‘adversaries.’

What DOES make sense is the WCW-backed AFAR Act, from Rep. Lisa McClain (R-MI). This legislation would prohibit tax dollars from funding animal experiments in countries that have been deemed foreign adversaries by the U.S. government (read Rep. McClain’s press release).

Not only are we dependent on foreign nations for goods and energy, but we send millions in taxpayer dollars (through the NIH) to fund their shady labs.

Let’s do safe, transparent research in the USA.

With the world’s eyes on Russia, now is the time to take action! Tell your members of Congress to pass the AFAR Act today!

What can we do to STOP THIS ABUSE OF INNOCENT ANIMALS?

No more taxed for these projects

Animal testing is unnecessary and highly incompetent. Animals do not have the same physiology or genetic make up as humans therefore these tests fail humans and animals over 90% of the time. It’s time animals stopped suffering for these inconclusive tests it’s time to end animal testing

I agree with the fact that animals should not be used in ANY EXPERIMENTS, as they are not reliable experiments as are most.. Stop abusing animals in all tests… NOW.!!

This is so sick, anything to make $$$

Shame on the United States for giving tax payer may money to these horrid countries to torture innocent domestic animals. And to think these despicable experiments are practiced here also! It’s time to STOP the madness. We the people want it Ended. You have pushed us too far!

This is beyond disgusting😡

Please support the AFAR act sponsored by Rep. Lisa McClain and put and end to the use of our taxpayer money to conduct cruel, and unnecessary experimentation on animals. It appalls me to learn that the NIH continues to fund these horrific experiments both here at home and abroad, despite public outcry demanding that it stop. Please respect the majority of your constituents, and shut down the funding of these “death labs” and provide for the adoption of survivors to loving homes.

This is being done to satisfy these inhuman people who are nothing but pure evil. This has nothing to do with medical research. I hope the ones responsible for this horrific cowardly disgusting repulsive experiments rot in hell for all eternity.

This article made me cry so hard. It needs to stop now. I feed ferel cats and domestic and I have got a lot of the ferel ones where they come to me and let me pet them. This makes me sick they are doing this to cats. Sounds just like fauci and the little beagles.

The NIAID run by Fauci is even worse. They have done horrific experiments on helpless animals and foster children and yet this psychopath is in charge of the most medical funding in the country. See the book The Real Anthony Fauci which gives extremely well vetted evidence of all his crimes. Why was the US engaged in bio-medical terrorism experiments with our supposed enemy in Wuhan, China capturing and torturing wild bats?

GOD was clear w his instructions. WE ARE TO TAKE CARE OF ALL ANIMALS. To PROTECT THE ANIMAL KINGDOM!!!

I couldn’t agree more! God indeed DOES love His animals, and expects us to protect them. The problem is our Godless world, and it is up to us to help all we can.

Get a person and do the same to him .

I cannot tell you how many times I have wished we could do that. An eye for an eye certainly seems appropriate here, as well as justified. If only.

More reason for me to despise humans,I have 12 moggies of my own and to think their brethren are being tortured through experiments makes me bloody ill.

Stop this and all type of ABUSEEEEE with animals…!!! STOP CRUELTY THIS IS A SHAME

this is barbaric and totally unnecessary