Hounds On the Hill: WCW Brings Lab Survivor to Lawmakers 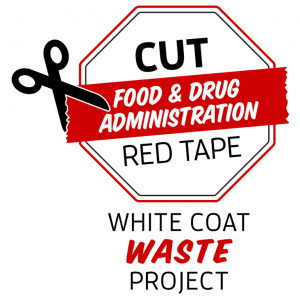 This week, the WCW team traveled to Capitol Hill, alongside a powerful new ally in our fight to cut FDA red tape and get dogs out of labs: Beesly the beagle! 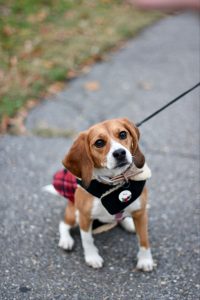 Beesly was once locked in a laboratory and force-fed drugs for months on end at 500 times the human dose. When her tests concluded, white coats were planning to kill and dissect her, even though she survived and was healthy! When some kind-hearted pharmaceutical 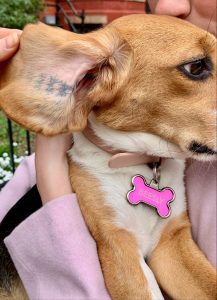 execs heard about her fate, which would also befall several other dogs in the lab with Beesly… they took matters into their own hands, demanded the dogs be released and adopted the smiley beagles themselves. (We told you that drug makers don’t want to kill dogs!)

Beesly, along with her mom and dad, and team WCW met with Rep. Pete Stauber (R-MN), Rep. Brian Mast (R-FL), and Rep. Dina Titus (D-NV), three lawmakers (and past WCW Waste Warrior awardees!) who have been at the forefront of efforts in Congress to end wasteful and cruel testing on dogs and retire the survivors. 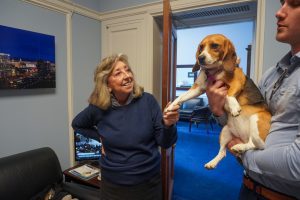 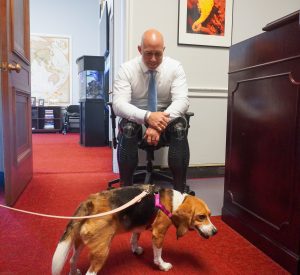 Today @WhiteCoatWaste told me how Beagles are the most common dog used for animal testing since they are so docile & trusting of humans. It was heartwarming to meet Beesly, one of the dogs saved from the awful practice of animal testing. pic.twitter.com/g7JvPde3rV 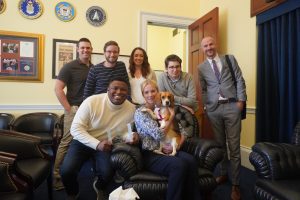 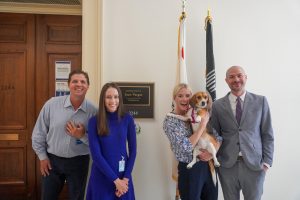 I met Beasley today, a beagle rescued from a lab. Dogs & cats are family, but 1000’s are tested on each year. There are many alternatives to this testing that are more humane, less expensive, and more effective, so pups like Beasley can live happily with their forever homes. pic.twitter.com/RBCkq6XDKo

Sadly, until Congress takes action, the FDA is going to continue forcing dogs to suffer in wasteful tests, even though superior alternatives exist. You can help by telling Congress to pass the Alternatives to Animals for Regulatory Fairness (AARF) Act today to cut red tape and end the FDA’s outdated dog testing mandate! 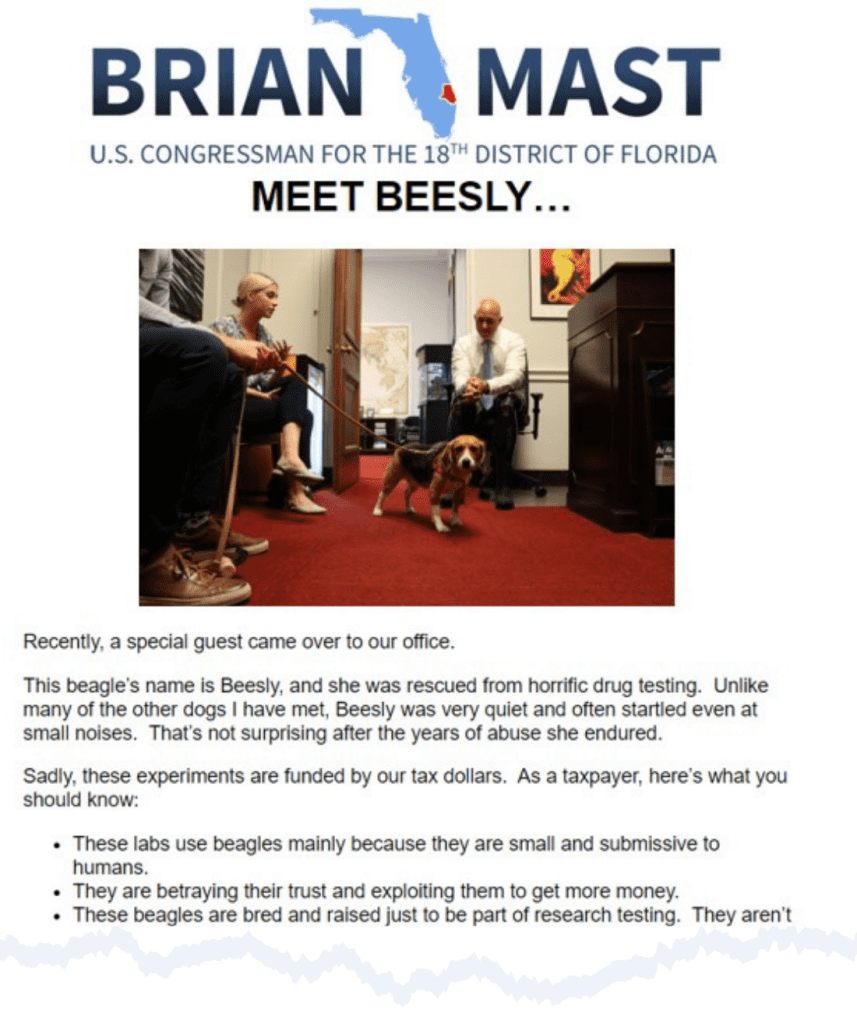 Beesley the Beagle’s walk on Washington cannot be ignored. The dogs and cats used for testing due to FDA regulations is unnecessary and inhumane. The new proposed AARF law should be passed immediately. Thank you for your help and vote for this law.

It makes me physically sick what these
precious fur babies go through. Please STOP this senseless testing.

Please stop all the testing labs; independant labs and university labs.
There are thousands and thousands of dogs and cats and monkeys being abused. They don’t even know a pain-free day & room to move around; or the love from humans!!!! Please help these animals quickly.

Dogs should not be suffering this cruelty, find other testing alternatives.

Please stop the torture and killing of animals during drug testing. Humans are barbaric and uncaring of precious dogs. This is NO WAY TO TREAT A LIVING LOVING BEING.

My family and I are very concerned over these dogs and they need to be placed in forever homes. These tests are both cruel and unnecessary when there are so many other alternatives that do not harm or torture animals. We have plans on going to our local papers and Facebook regarding these practices unless they are ended once and for all

Way to go Beasley — give them Hell!

Testing on animals is inhumane

How could it be that experimenting on animals continues when there are faster, cheaper, and more accurate ways to find answers? Perhaps someone is making lots of money which will be lost if these grizzly experiments continue. Shame!

I am so disgusted with our government reps whether they ate Republicans or democrats. If you think this senseless testing on fur babies needs to continue in this horrendous torture then kindly offer yourselves to be tested now!
I am sick of your nonsense and stupid rhetoric. I will be the first in line to demand that whoever continues to condone this senseless torture of these poor dogs, cats and other poor defenseless animals, you are the first to be tested.

Treating these innocent dogs and other animals this way is totally horrific and inexcusable, particularly when it isn’t even necessary or even desirable. These torturers don’t protect humans at all – just do horrible damage to poor defenseless creatures.

Please stop using animal in testing it is barbaric.

We need to stop experimenting on dogs.

We to stop torturing dogs.

Please put a stop to this cruelty.

How would you like your family members used as guinea pigs for drugs? How would you like your friends used to see what happens when your belly is sliced open? How would you yourself like if you were force fed drugs and poisons just to see how you handle that? Animals are all part of our planet Earth plan for life. Destroy any part of the carefully planned interactions between life and environment will upset the the smooth running of the environment and everything can be affected can be destroyed. Then all animals (including people) can be wiped out of the environment. The entire Earth can be affected. Puff….all gone)

Bipartisan Members of Congress Call for Defunding Russian Animal Labs After WCW Exposé
Every year, in a process called “appropriations,” Congress sets the budget for federal departments and agencies — determining how much money they will get, and how they are allowed to...
Likes11 Comment(s) 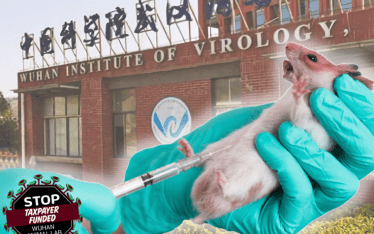