White Coat Waste Project made national and international headlines in 2021, after our #BeagleGate campaign revealed a series of cruel and wasteful dog experiments funded with tax dollars by the National Institutes of Health (NIH). Remember de-barking puppies? Infecting dogs with heartworm? Infesting beagles with sand flies? Injecting dogs with cocaine? Yeah, those experiments.

Many of the dog tests we exposed were funded by white coats at the National Institute of Allergy and Infectious Diseases (NIAID), Dr. Fauci’s division of the NIH. Unfortunately, documents we recently obtained via Freedom of Information (FOIA) Act requests show that Dr. Fauci’s list of dog experiments is about to get longer because NIAID has commissioned not one, not two, but FIVE new tests on dogs, including puppies.

What disease could be terrifying enough to justify five separate studies?

The dog tests are all to study an experimental drug designed to treat…wait for it…A RUNNY NOSE! 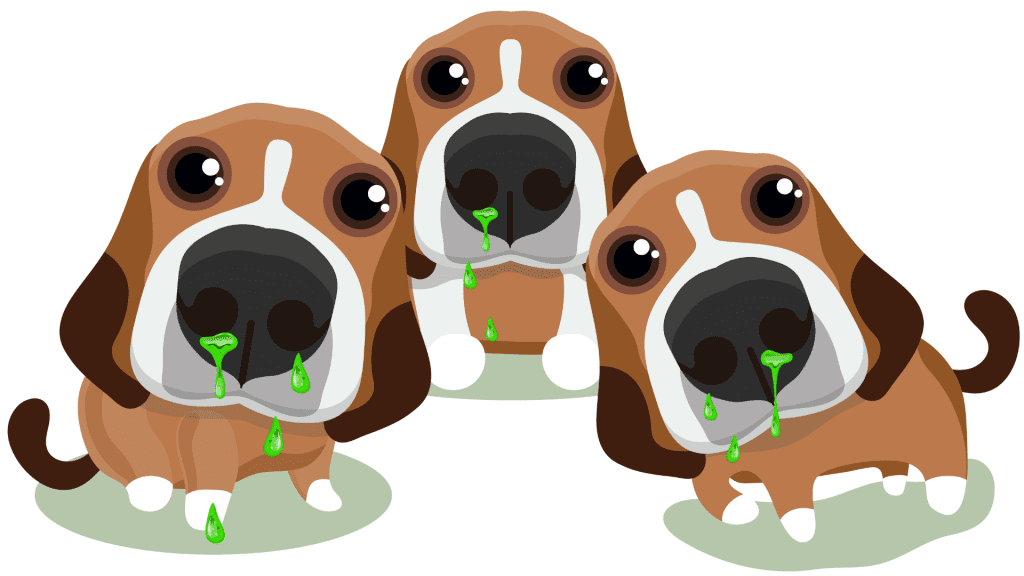 Yes, that’s right. Documents we obtained through FOIA show that NIAID is shelling out $1.8 million+ of your money (payout: 75N93021C00044) for unnecessary and wasteful animal tests on an experimental new medicine for a runny nose and sneezing associated with allergies (technically called allergic rhinitis or hay fever).

The five separate experiments—including tests on six-month-old puppies—being planned by white coats at NIAID will likely involve force-feeding dogs mega-doses of this experimental runny nose medicine (and then killing them). 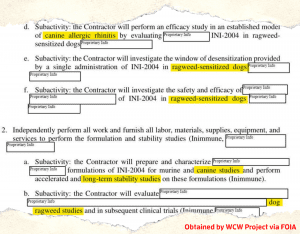 NIAID’s dog testing demand is a perfect example of a phrase you know well: white coat waste!  We’re working with Rep. Nancy Mace (R-SC) and others to SHUT. IT. DOWN.

As we’ve previously documented, drug tests on dogs and other animals are notoriously unreliable and wasteful. Even the FDA itself has stated that it does not mandate testing on dogs for new drugs.

In this specific case, even the company hired to do the dog experiments told NIAID that (at least!) one of the dog tests that Fauci’s agency requested was unnecessary because guinea pigs could be used instead. The FOIA documents we received show that this idea was still under consideration by NIAID. We’ve followed up to obtain more information.

A division of NIH run by Dr. Anthony Fauci allocated $1,836,453 in taxpayer dollars to test an experimental hay fever drug on dogs, rats and mice, according to documents released Monday by the White Coat Waste Project.https://t.co/A2TJpaeLAi

Additionally, it’s possible that the suite of experiments has not yet begun — which means there might still be time to stop them.

Dr. Anthony Fauci may feel the bite from the reveal that the National Institutes of Health is seeking to spend almost $2 million on more puppy experiments.

Will you help us shut down Dr. Fauci’s new experiments before more puppies are poisoned? Rep. Mace’s bipartisan PAAW Act would prevent any funding for NIAID’s painful puppy experiments — contact Congress, and tell them to pass it today!

Thid is just cruel and wrong. I’m a democrat and I say Fauci must go. Biden kept him. It was and is a big mistake. Animal testing must go. It’s archaic research and has no place being funded with any government funds. STOP IT NOW!