Since we first exposed how the National Institutes of Health (NIH) secretively funded dangerous gain-of-function animal experiments in Wuhan that many experts believe caused the Covid pandemic, we have been working with our members, scientists, and Congress to cut taxpayer funding for gain-of-function 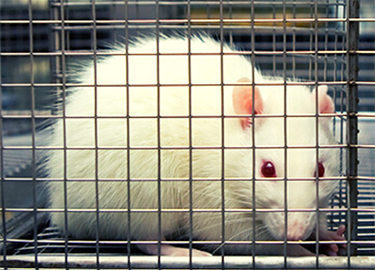 experiments that can create and unleash deadly viruses.

Here’s another reason why these efforts are so pressing: Taxpayer-funded white coats at Boston University (BU) have recklessly combined the original COVID-19 virus with the dangerous spike protein from the Omicron variant and injected it into mice. The results of the gain-of-function experiment were horrifically predictable—the souped-up virus killed 80 percent of the mice.

According to the white coats’ own publication, these treacherous tests were funded by four taxpayer-funded grants through the NIH, including two from Dr. Fauci’s NIAID. To date, the grants have received close to $7 million.

BU’s response to the outrage was two-fold: downplay the obvious danger, then contradict their own documents by denying using taxpayer funds in order to skirt accountability and oversight.

Sound familiar? This is a page right out of the white coats’ playbook.  Last year, when we exposed how Fauci-funded experimenters in Tunisia were torturing beagles, the experimenters suspiciously disavowed the taxpayer funding that they previously reported receiving for the study.

Scientists at other institutions castigated the BU white coats’ attempt to get around responsibility.

Here’s some of what we’re doing to ensure that taxpayers aren’t forced to pay for dangerous animal experiments that place public health in peril:

Dr. Fauci and other mad scientists need to be stopped before they cause another pandemic by recklessly supercharging deadly viruses in wasteful taxpayer-funded animal experiments.