WCW to Fauci: See you in court!

For years, White Coat Waste Project (WCW) has been exposing how Dr. Fauci’s National Institute of Allergy and Infectious Diseases (NIAID) conducts and funds some of the most painful animal experiments in the entire federal government.

Though required by federal law, Fauci’s NIAID has refused to hand over documents to WCW about this waste and abuse in response to our Freedom of Information Act (FOIA) requests. So, we’ve filed two new federal lawsuits (read them in full below) to obtain internal records about the agency’s taxpayer-funded experiments on dogs and primates. 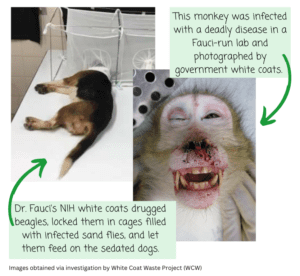 Here’s what we’ve exposed so far and why we need to know the full extent of what’s happening to dogs and primates in Fauci-funded labs:

Our viral #BeagleGate campaign first uncovered how Dr. Fauci recently wasted millions of taxpayer dollars on experiments where puppies were infested with biting flies and ticks, force-fed experimental drugs, and even had their vocal cords cut out so they can’t cry out in the lab. Unsurprisingly, records obtained by WCW show notes made by NIAID white coats detailing that the dogs “vocalized in pain.”

This begs the question: What other cruel and wasteful dog testing is Fauci hiding from the public? 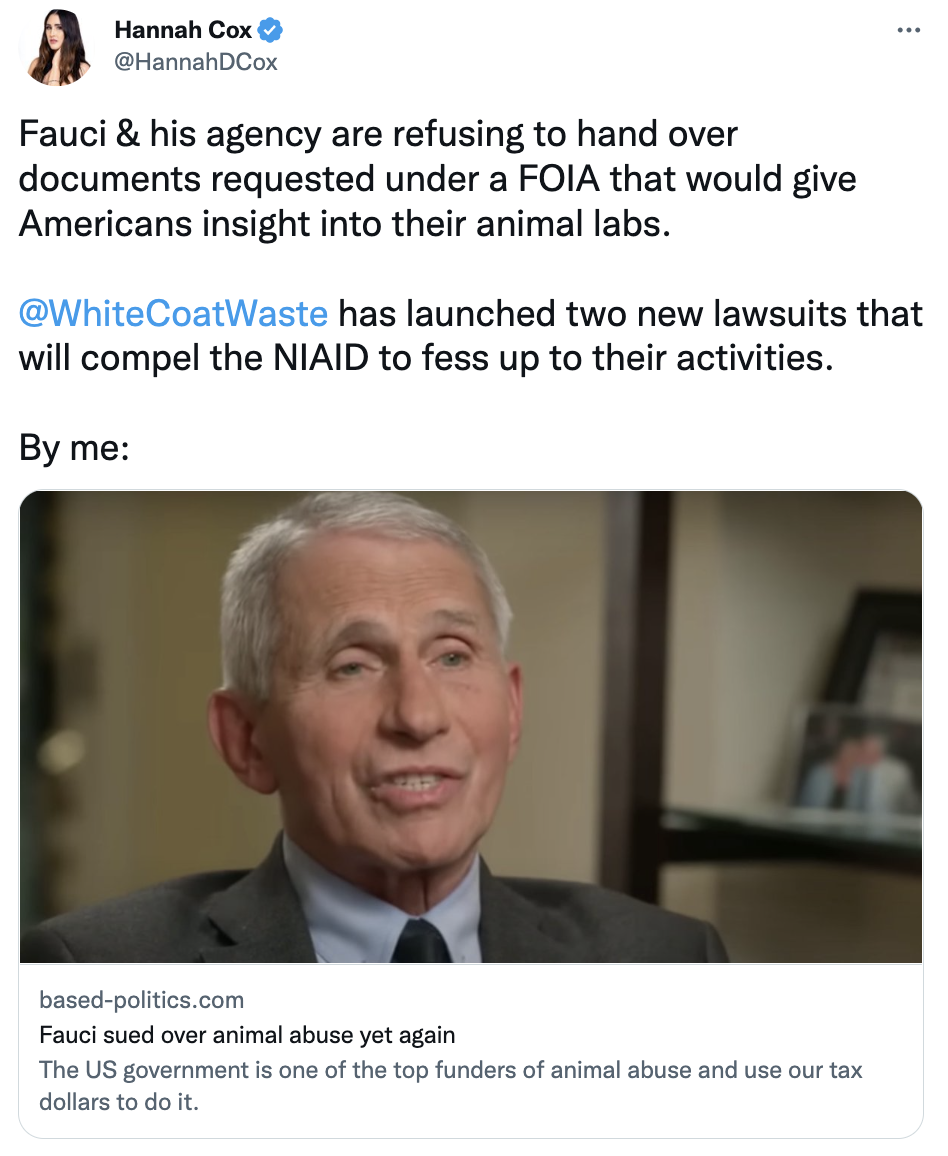 Puppies aren’t Fauci’s only victims. WCW also was the first to reveal the NIAID-funded Monkey Island in South Carolina where over 3,000 monkeys are bred and held in reserve until government white coats decide to ship them to labs to be infected, mutilated, and killed in experiments.

Our new lawsuits will help expose the full extent of NIAID’s wasteful spending on cruel, outdated, and unnecessary experiments on dogs and monkeys. After all, taxpayers have a right to know! 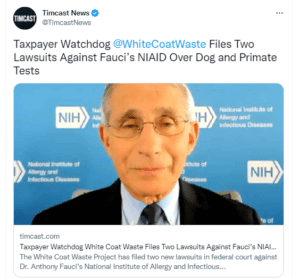 You can help us stop this madness, too! Urge your Members of Congress to support the bipartisan Protecting Dogs Subjected to Experiments Act to DEFUND all of the NIH’s cruel and wasteful dog testing! 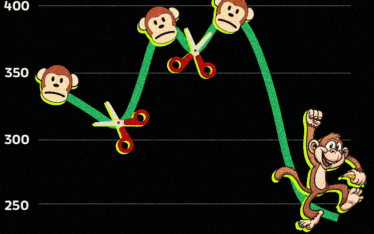 GOOD NEWS: WCW campaign cuts FDA primate abuse by 44%!
White Coat Waste Project (WCW) is the only organization that has shut down any government primate experimentation labs in over half-a-decade. Our F.E.D. approach—finding, exposing and defunding wasteful taxpayer-funded...
1 LikesLeave a comment