REVEALED: New Receipts Reveal How NIH Paid for 28 Puppies to be Eaten Alive

Back in July, WCW revealed Dr. Fauci’s cruel and unnecessary experiments on beagle puppies at the University of Georgia. These tests, which cost taxpayers nearly half a million dollars, forced puppies to be bitten repeatedly by infected flies, and injecting them with experimental drugs — a ‘treatment’ that left several of the dogs “vocalizing in pain.” 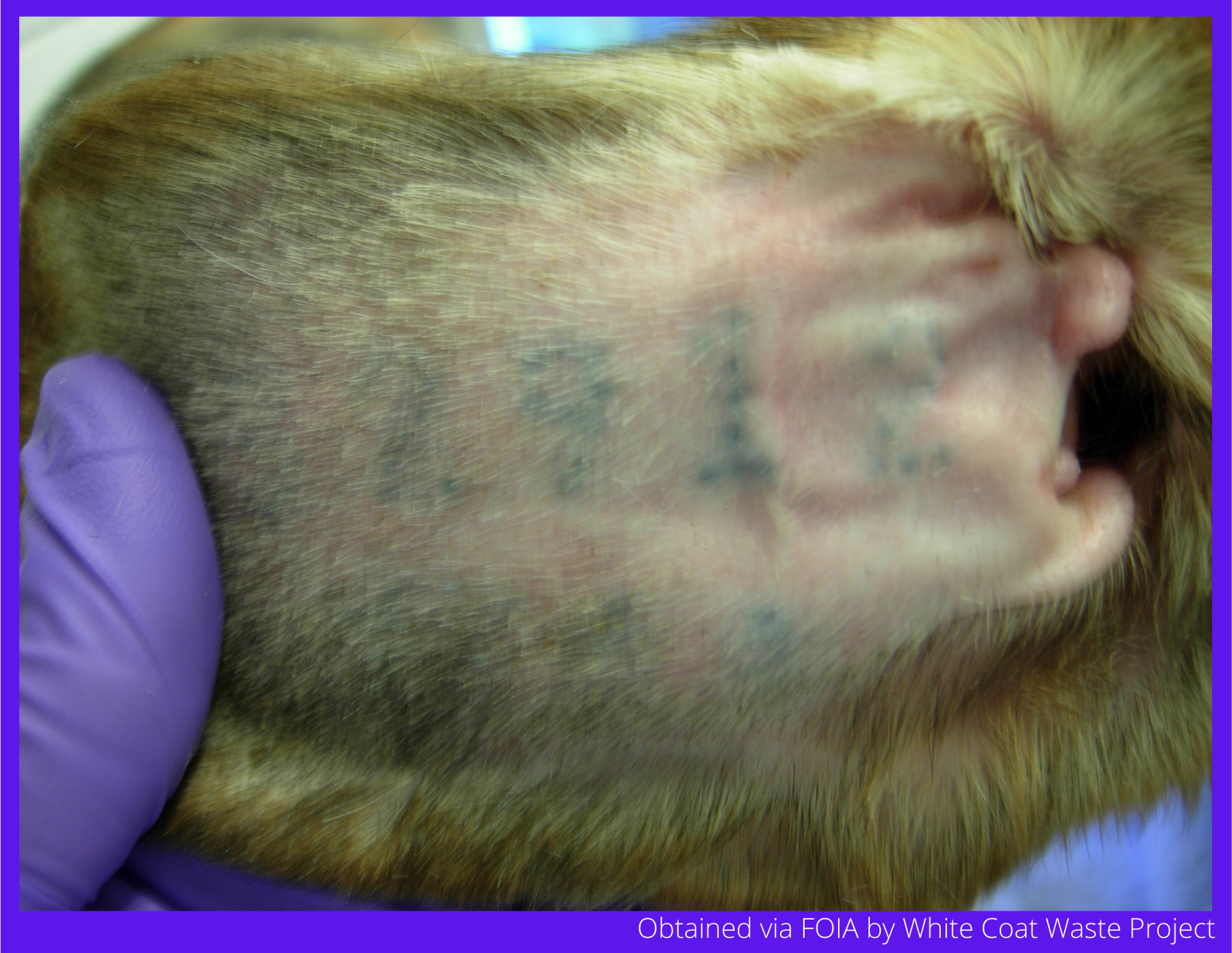 Tattooed ear of a beagle abused in painful experiments in an NIH lab run by Anthony Fauci. Photo obtained by WCW via FOIA. 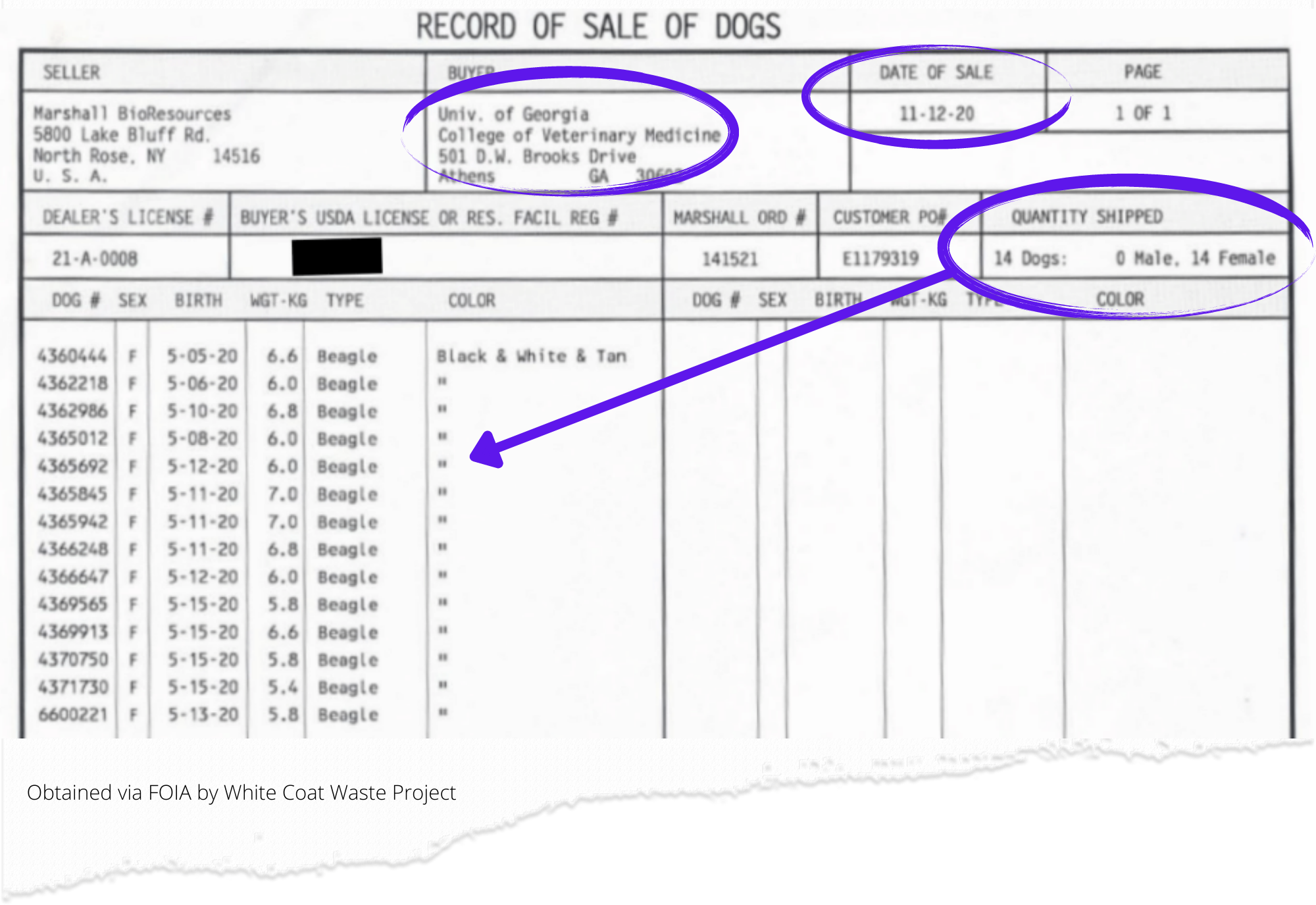 Then they were killed.

These dogs spent their first birthday locked in a lab. They didn’t live to see their second.

And then NIAID, Dr. Fauci’s agency, decided to do it again.

Another batch of 14 beagle puppies, born between December 14 and December 30 — and this time, all male — was shipped to UGA in June 2021. 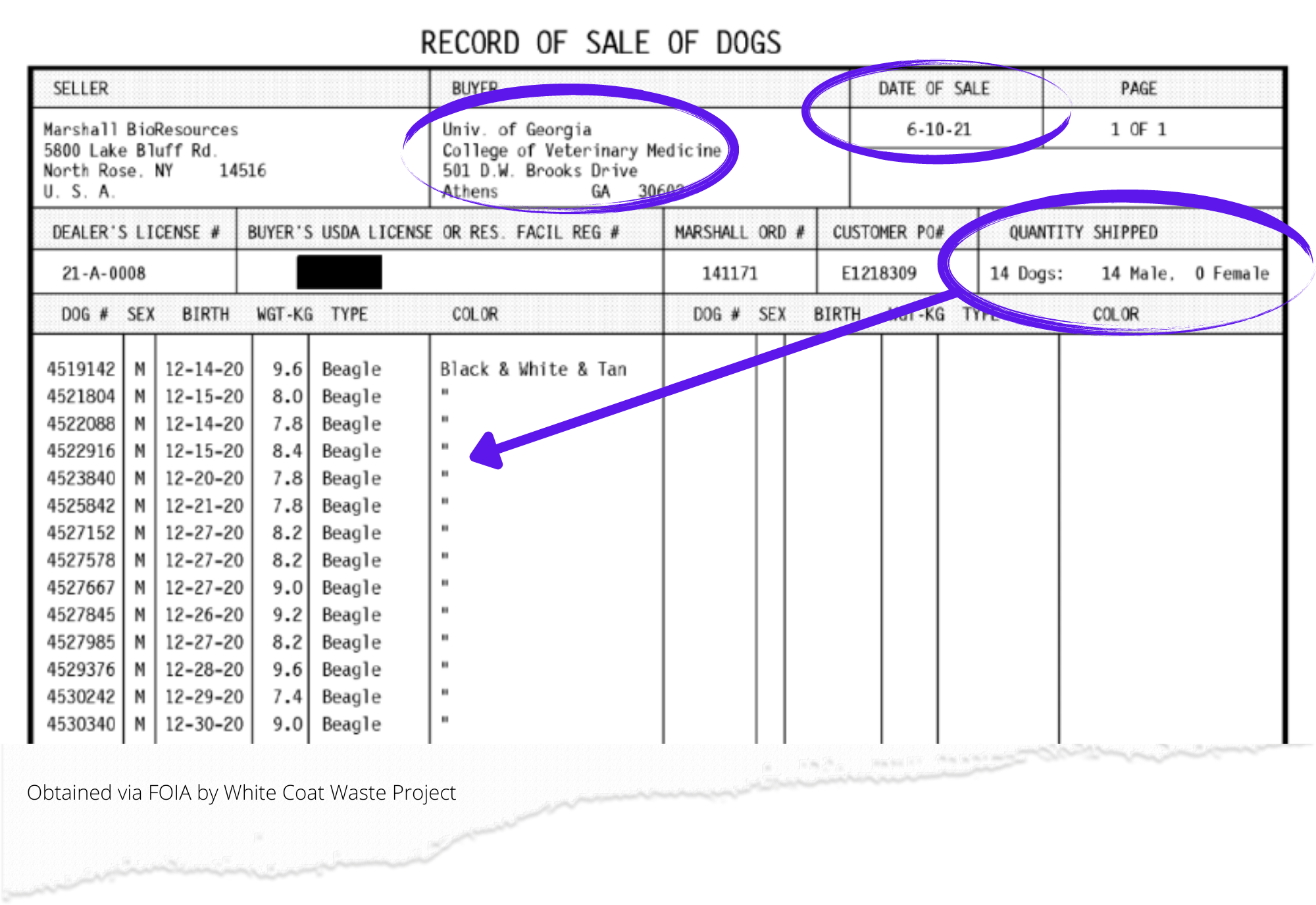 These dogs will spend Christmas and New Year’s in a lab…then they’ll be killed.

We already know these experiments are unnecessary. Experimenters have admitted the drug they are testing “has been extensively tested and confirmed…in different animal models such as mice…Mongolian gerbils…and rhesus macaques….” It’s also already been tested in dogs.

If you agree, take action: tell Congress that you don’t want your tax dollars wasted on abusing dogs and puppies in cruel and unnecessary experiments!

How can we rescue these dogs and monkeys?