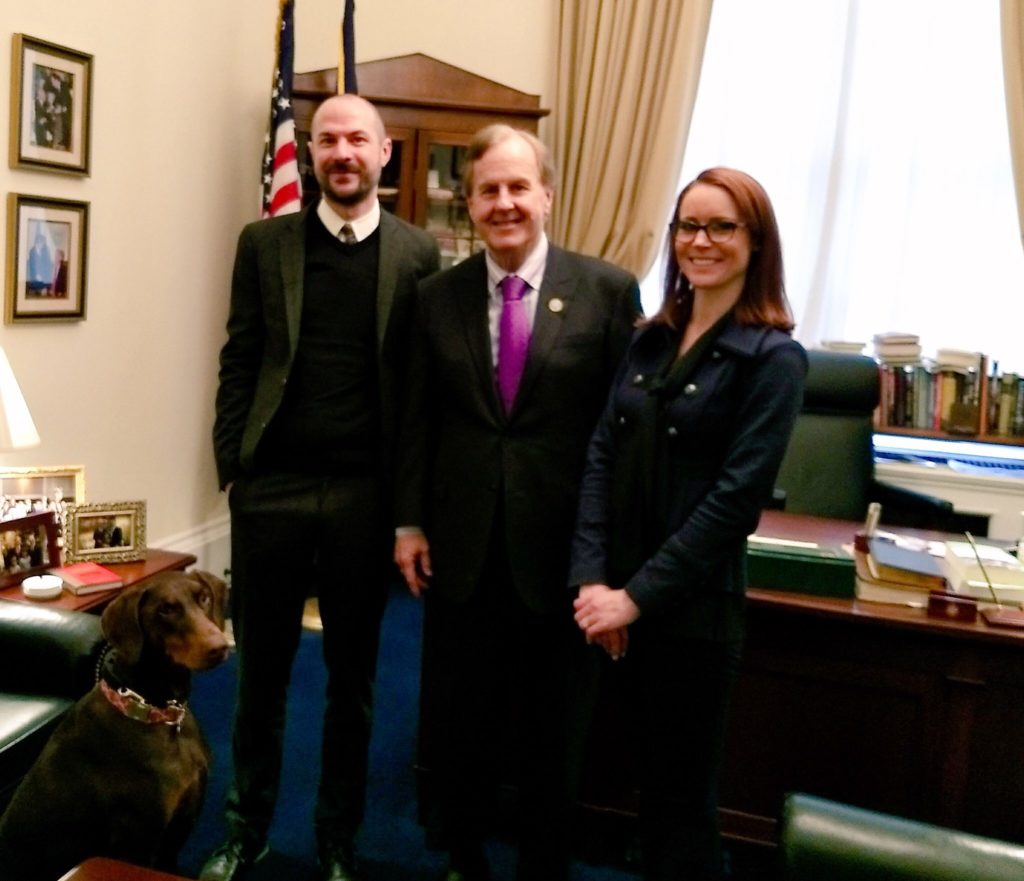 Rep. Robert Pittenger meets with WCW and constituents at his Washington, D.C. office

As reported by POLITICO and Chemical & Engineering News, North Carolina Congressman Robert Pittenger (R-NC) is challenging the FDA’s misguided decision in a letter to the federal program responsible for facilitating the use of modern alternatives to animal testing. Congressman Pittenger writes:

Reports indicate that the government is apparently refusing to allow sunscreen makers to use modern and cost-effective alternatives to animal testing, and I find this shameful.

Seemingly, the government is imposing needless animal testing burdens that cause companies significant expenses and place them at a competitive disadvantage. According to the GAO, companies argue that such animal testing is unnecessary, would upset shareholders, and potentially prevent them from marketing the products in countries that ban the sale of personal care items tested on animals.

WCW is helping solve this problem by supporting the Federal Accountability in Chemical Testing (FACT) Act, which would improve the government program responsible for promoting and facilitating the use of alternatives to animal testing by federal agencies and industry.

Stop the government from forcing sunscreen companies to test on animals. Contact Congress and urge it to support the bipartisan FACT Act.

Stop animal abuse on these dogs regarding unnecessary testing for pain. We all know what pain is and feels like. It doesn’t have to be subjected to dogs for some crazy masochists to get their jollies out of watching dogs in pain. You do realize that it takes a ‘special type of person’ to do crap like that?? Such as not having any empathy towards other beings whether animal or human. It’s a known fact that men in these types of jobs where inflicting pain on other beings, began primarily when they were young and were the boys that beat the frogs with sticks, hurt cats, shot squirrels etc. It’s a sick bent on some human’s genomes that they have some sick need to satisfy, therefore take it out on others, animal or human. Just put a stop to it. It’s unnecessary cruelty. Call it for what it is!!