Last week, the White Coat Waste Project team had the honor of a lifetime attending the ribbon-cutting for the new outdoor habitat that Jungle Friends Primate Sanctuary built for the monkeys retired from the Food and Drug Administration’s (FDA) nicotine addiction lab shut down by WCW.

After four years of nicotine studies, 26 male squirrel monkeys were released by the Federal Drug Administration and found a new home in Gainesville at Jungle Friends Primate Sanctuary. They are the first research monkeys to ever be retired by the FDA.https://t.co/CvSrVbghiG pic.twitter.com/8Ldo6OfZQr

As reported by NPR affiliate WUFT, these 26 squirrel monkeys were sent to Jungle Friends following a WCW campaign that ended a $5.5 million FDA experiment in which young monkeys were locked in tiny chambers and trained to press levers that would send an infusion of nicotine directly into their veins. Documents obtained by WCW showed that several monkeys died during the project. 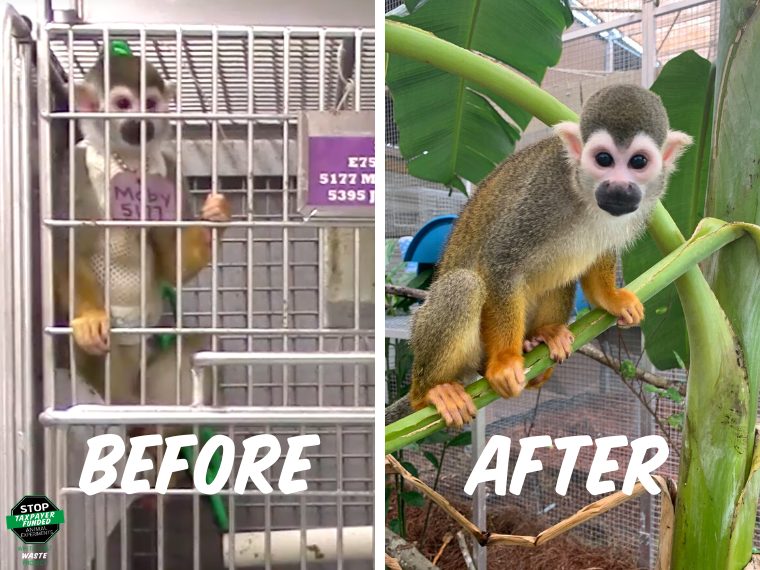 Following a WCW Freedom of Information Act lawsuit against the FDA for videos of the tests,  pressure from Congress, countless WCW advocates and world-famous primate expert Dr. Jane Goodall—who called the tests “taxpayer-funded torture”–the FDA suspended the project and eventually agreed to shut it down and retire the surviving monkeys. The move marked the first time in history that the FDA retired monkeys to a sanctuary, instead of killing them.

Since then, WCW has convinced the FDA to enact an agency-wide lab animal retirement policy so more animals can see the light of day after being abused in government experiments. 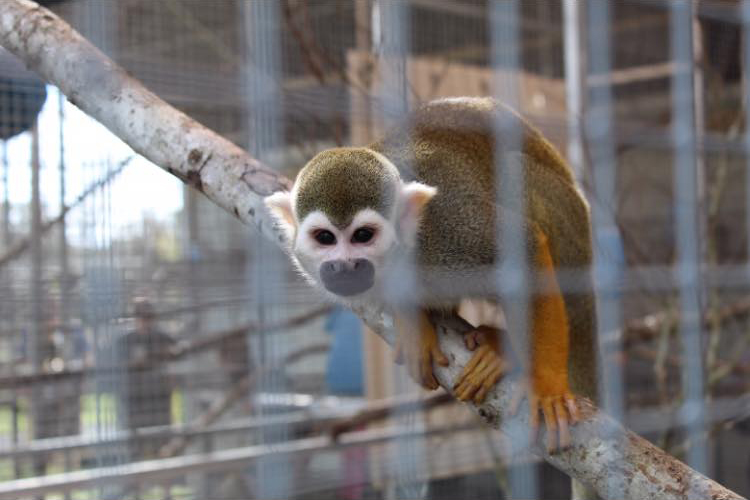 Tell Congress to pass Violet’s Law to require that all federal testing labs allow animals to be retired. Taxpayers bought these animals, and we want Uncle Sam to #GiveThemBack!

Please pass Violet’s Law! Animals used in federal labs for medical research deserve to be retired into a loving home!