VA Feeds Dogs Ice Cream Before Torturing and Killing Them

Over the past few years, we’ve made remarkable progress to cut wasteful and cruel taxpayer-funded dog experiments at the Department of Veterans Affairs. But the VA’s last dog lab standing has renewed taxpayer funding for some of the worst dog experiments in the entire federal government. 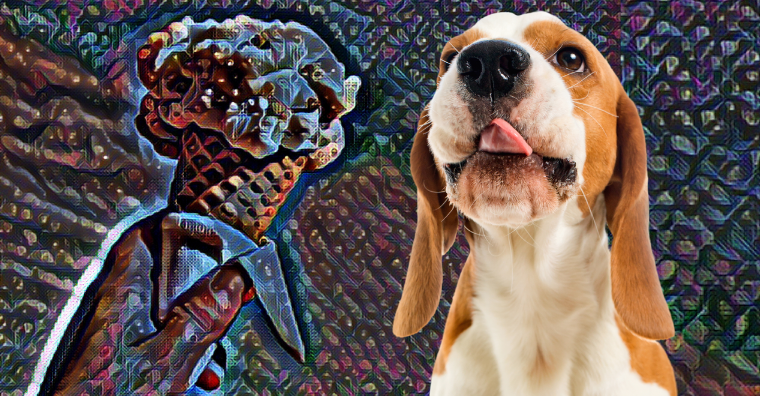 Documents we’ve obtained through the Freedom of Information Act show that a total of 66 dogs will be tortured then killed in two separate experiments at VA labs in Richmond, Virginia. These experiments are wasteful, outdated, and unnecessary, and could be ended with the passage of important bipartisan legislation called the PUPPERS Act, which currently has of 120 cosponsors.

In one experiment, 28 dogs—hound-type dogs are preferred in labs because of their gentle natures—will have their chests surgically opened, twice, to induce an irregular heartbeat. Botox and other chemicals will be injected into their bodies. The dogs will then be forced to run on treadmills for to stress their compromised hearts. Afterwards, they will be killed.

For the second experiment, 38 dogs will have pacemakers surgically implanted in their bodies to damage their hearts. Then they, too, will be forced to run on treadmills, before they are killed.

All the dogs suffer extreme pain and distress, and have unnaturally short lives. A heartbreaking detail found in documents obtained by White Coat Waste Project: the dogs are given ice cream as an occasional treat while in the lab—treated to ice cream by those who also torture them. In another document, a veterinarian notes that a dog who is “bright, alert and responsive” is “awaiting her final procedure”—the one that will kill her. 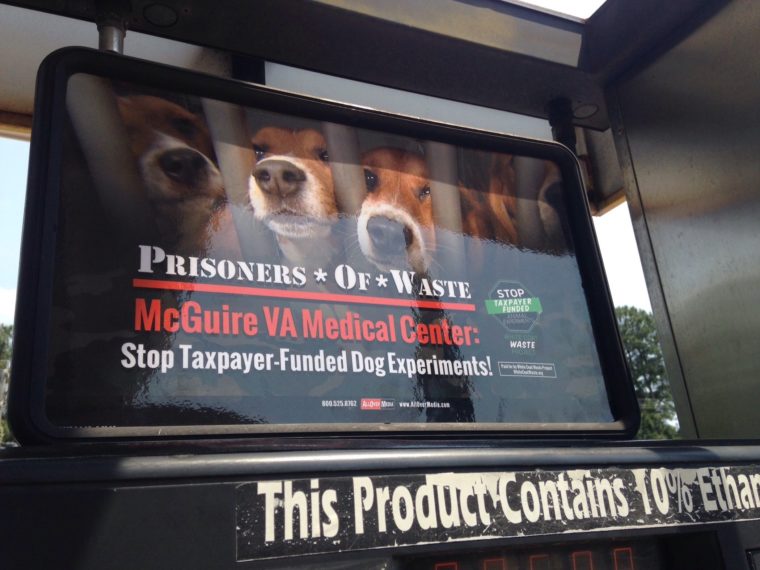 None of the dogs have adoption as a light at the end of this dark tunnel. If we don’t shut the experiments down, there will be no survivors.

These dog experiments have been going on at the Richmond VA’s labs since the 1980s without producing any useful results. That’s why there is widespread support for reforms. Most veterans support ending the VA dog tests, as do 75% of voters. Late last year, following efforts by WCW, Congress and President Trump enacted a historic phase-out of VA dog tests by 2025.

The Richmond facility is the only VA lab left actively conducting painful dog experiments, and the VA is looking to replace them with alternatives. But change isn’t happening soon enough.

It’s unacceptable for the Department of Veterans Affairs to use taxpayer dollars to fund cruel, unnecessary experiments on animals at the VA. Protecting cats and dogs is common sense, and I’m glad we were able to come together to get this done.https://t.co/Fr8HDVMfwQ

Please show your support for these 66 dogs, and those who will be forced to follow in their grim footsteps, by writing your Congress members and urging them to support the bipartisan PUPPERS Act (HR 1155) to permanently cut federal funding for all painful dog experiments at the VA.

Seriously!!!! This needs to stop NOW. Animals feel just like we do. They are not science projects and experiments. Stop adding to the suffering amimals are enduring already across the world.

Absolutely stop this horrible abuse of dogs 😡. They deserve a better life than this cruelty. So many people would adopt them- stop now!!!!

This is terrible & needs to be stopped ASAP!

I will take all of the dogs and luv them.

I am a vteteran WAF 1948 to 1952 also have lived with dogs and cats all my life…medical research is best related to the humans for whom such treatments will be used not pet animals welove and raise in our homes.

Disgusting to experimental torture these poor animals. Dr Mengola would be so proud of you abusers!

Animal abuse should not be tolerated!!!

Stop unneccesary testing on animals. It is cruel and unethical.

This is completely unacceptable!

This is absolutely despicable – please stop!!

ENOUGH!!! This is BARBARIC behavior by you so called “Scientists”!!! God made us stewards over all the animals!! You’re spitting in God’s face!! You all need to be jailed!!

What a disgusting thing that the average citizen would be (rightfully) charged with animal cruelty if they ever did anything remotely like this this, but these ‘scientists’ can do whatever torture they want and it’s perfectly legal! I wish so badly to make these sadistic monsters feel the pain and suffering they inflict on innocent creatures.

PLEASE STOP doing these dreadful things to animals. You already know deep down that what you are doing to them is WRONG.

Disgusting and serves no useful purpose

ENOUGH, STOP THE DOG TESTING! ARENT WE SUPPOSED TO BE BETTER THAN THIS? SO WHY ARENT WE?

You should be ashamed of yourselves

How do you sleep?

PLEASE STOP!!! What you are doing is terrible!!! How would you feel if this was done to you!

Stop this cruelty. Don’t vote for these scumbag. Share share share!
Plenty of scum on death row you can test on, they are gonna die anyway!

Test on humans then you’ll get some scientific data. Animal testing provides no useful data. These people are sick and need to be euthanized

There are plenty of useless humans to experiment on. Look in the mirror.

Please stop using animals for experiments that produce useless to no helpful information. Waste of money and such inhumane to animals!

Stop this lunacy, torture and cruelty. It is subhuman behavior. I do not want my tax dollars going to these senseless and harmful experiments. There is no reason for this in today’s world. Stop it.