These cruel, tax-funded experiments included drilling holes into monkeys’ skulls to inject PCP into their brainshttps://t.co/XeBfn04bL7

Since 2019, we have been working with Congress to shut down and defund wasteful and cruel experiments on primates in U.S. Department of Veterans Affairs laboratories.

Congress has enacted WCW-backed legislation to phase-out the VA’s experiments on primates (and dogs and cats) by 2025, but we just scored a major victory that cleans up some of this waste and abuse much sooner. 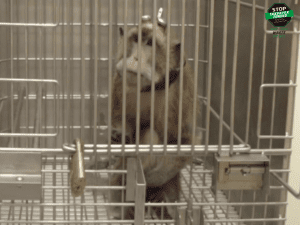 Remember “Dorothy” the monkey? One of the VA’s P.O.W.s? We just shut down her lab.

For years, the Minneapolis VA has been squandering millions of tax dollars on wasteful schizophrenia experiments on monkeys. The project received a total of over $7 million in taxpayer funds, including $3 million in 2021 alone. 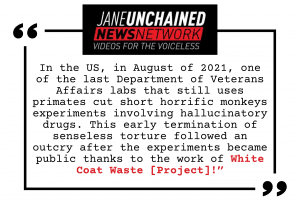 Using the Freedom of Information Act, our investigators exposed that these disturbing and contrived tests involved drilling holes into monkeys’ skulls and injecting them with drugs including the hallucinogenic street drug PCP (AKA ANGEL DUST!) to damage their brains. The experimenters then forced the monkeys to watch or point to objects on a screen to measure the extent of the brain damage.

As you might imagine, the monkeys don’t like this very much, so the experimenters screw posts in their heads to forcibly immobilize them during experimental trials. They also withhold water for extensive periods of time so the monkeys will do anything just for a sip.

A scathing July 2019 internal VA report obtained by WCW via FOIA found that the Minneapolis VA was abusing monkeys by restricting water to primates for extensive periods of time and not keeping track of how long! Additionally, the VA found that laboratory staff didn’t know how to prepare, label or store the PCP that was being given to the primates. 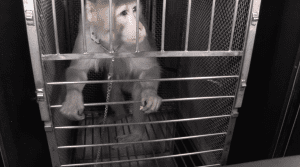 Documents we obtained also show that the lab refused to retire monkeys at the end of testing, and instead killed them unnecessarily. 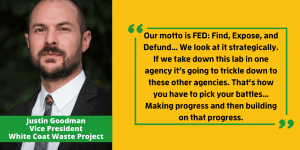 But, here’s the good news: Last year, the project was extended for several more years and approved to use even more monkeys, but we’ve just uncovered that the experiments were ended early. Army veteran and Waste Warrior Rep. Brian Mast (R-FL), who has been leading efforts to cut wasteful VA animal testing, confirmed the win directly with the VA. 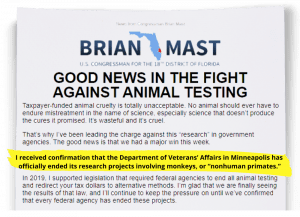 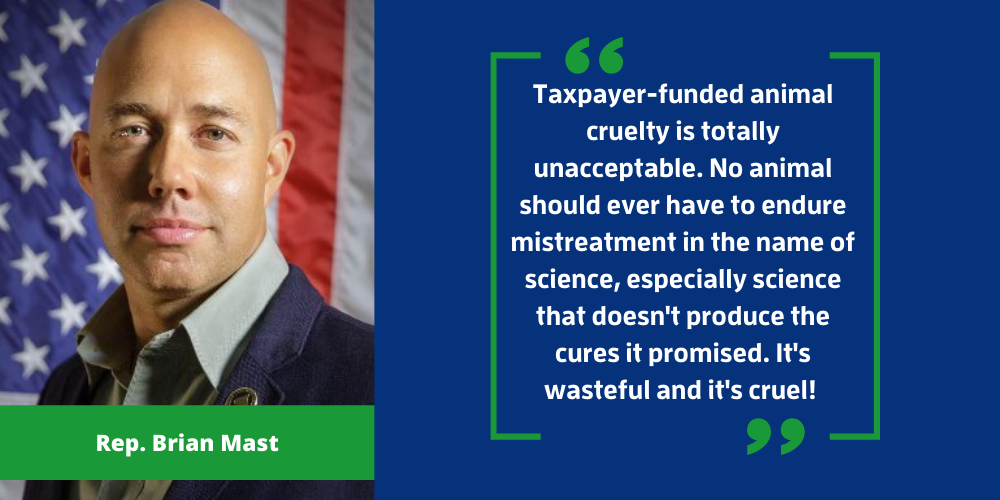 This historic victory wouldn’t have been possible without your advocacy and generosity!

Help us build on this momentum! Sign our petition telling the VA and other federal labs to end all of their taxpayer-funded primate experiments!

It is disgraceful that we are experimenting in today’s age on animals and, many areas are doing the same experiments and not sharing information. Many of the tests are outdated and outrageous. It’s time to end all animal abuse and experimentation. Experimentation is abuse

How is this not anything more than HORRENDOUS CRUELTY TO ANIMALS???

God made these animals just like he made you and I. He made us all to love one another.

I’m so glad you were able to shut these torture chambers down I wouldn’t even consider them a lab. the world is trying to save itself now with climate change and I watched a show about how we’re trying to save the wild animals that are still left in Africa namely the elephants and they traced them back 56 million years when they found fossils and bones so for human beings to disguise this horrible animal torture in a lab is not only unconscionable it’s not doing anything proactive to save these animals in the wild by capturing them torturing them and killing them. They actually have a name for this era in time and this is called the age of humans because the population is so overcrowded and saturated with humanity that we are now the number one enemy of the world and of the animals it isn’t the predators anymore it’s mankind itself that’s destroying the world and driving what’s left of these beautiful primates elephants tigers eat list goes on and on wheels even to the brink of extinction and years ago this would take millions and millions of years but now it’s happening rather fast and in a scientific term as far as deep time goes it is a nanosecond so it’s time for all of us to wake up and not put up with any of this need this nonsense that’s going on. We all must do our part to stave off and prevent climate change and to help in anyway we can to save the animals not experiment on them kill them or drive them to extinction.Furthermore all those tax dollars should’ve gone to help feed the homeless and do something good for humanity out of it not deliberately torture and kill primates thank you

I’m shocked to learn about cruel experiments on animals who think and feel love and pain by our government. If these or do you mean good thing you should take videos of it and publicize it but you were done secretly behind closed doors because it’s cruel and inhumane please stop these terrible experiments and said these animals free to go into sanctuary’s to live their life. They deserve freedom and dignity and love. This is despicable!

This should be illegal, a felony considered murder!! To think its 2021 and this is still going on is INSANTITY!!! We need to do right by these innocent animals and the planet as a whole.